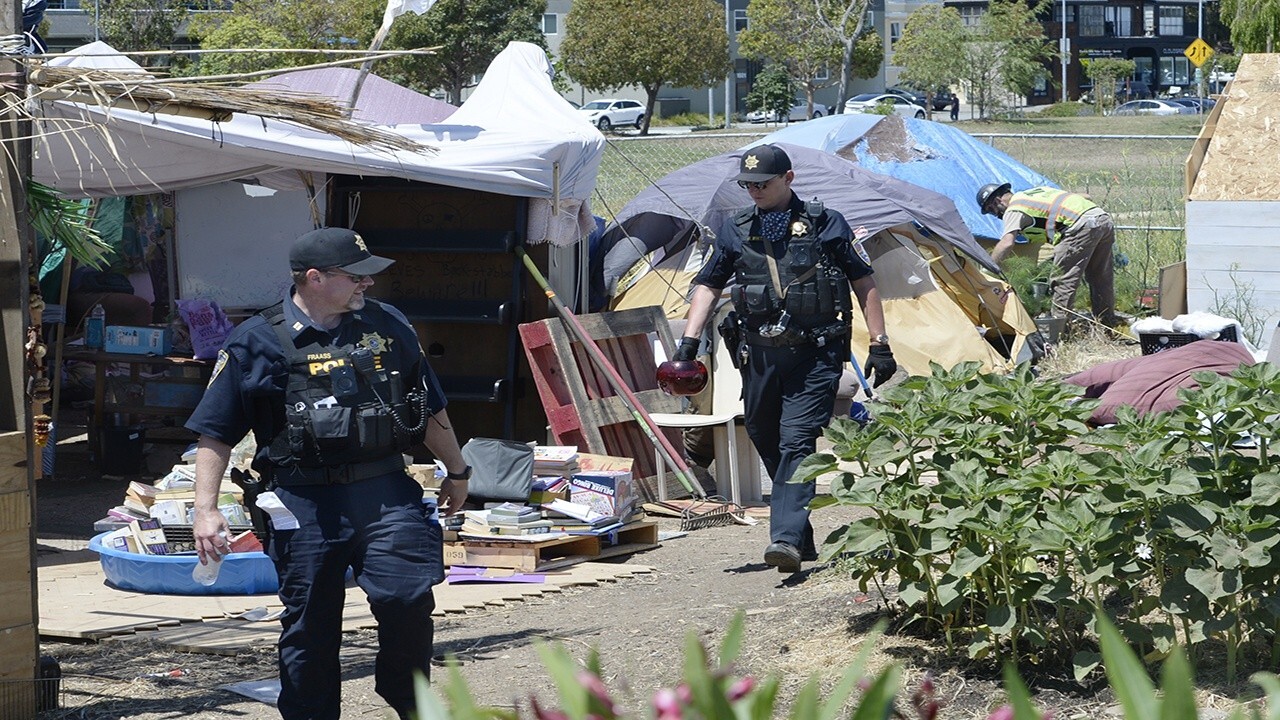 Would-be thieves busted out the storefront window of one of California Gov. Gavin Newsom's wine shops this week, the latest in a string of attempts to burglarize the place.

Police responded after an alarm was triggered at PlumpJack Wine & Spirits at 3201 Fillmore Street in San Francisco at around 6:40 a.m. Tuesday, when they discovered the shattered window but found no one inside, the San Francisco Chronicle reported.

"Over the past year during the shelter-in-place, this store location has experienced several attempted break-ins, similar to many of the other businesses in the area and across the city," PlumpJack spokesman Joe Arellano told the newspaper. He added that the shop "recently installed security cameras," from which footage will be reviewed in hopes of finding the alleged perpetrators.

The same store was a target of multiple break-in attempts since the beginning of the pandemic, with officers responding to at least three burglary attempts in 2021 alone at the shop, FOX 11 reported.

The governor's office did not immediately respond to FOX Business' request for comment.

The incident came as retailers in major cities across the U.S., including San Francisco, are limiting hours and even shutting down amid coordinated crime sprees.

Newsom opened the PlumpJack on Fillmore with funds from billionaire and family friend Gordon Getty in 1992. After becoming governor, Newsom placed his businesses in a blind trust. Tax returns show he and his wife, Jennifer Siebel Newsom, have raked in millions from the entities in recent years.

In addition to its shops. the PlumpJack portfolio includes wineries, a boutique hotel, and several restaurants and bars.