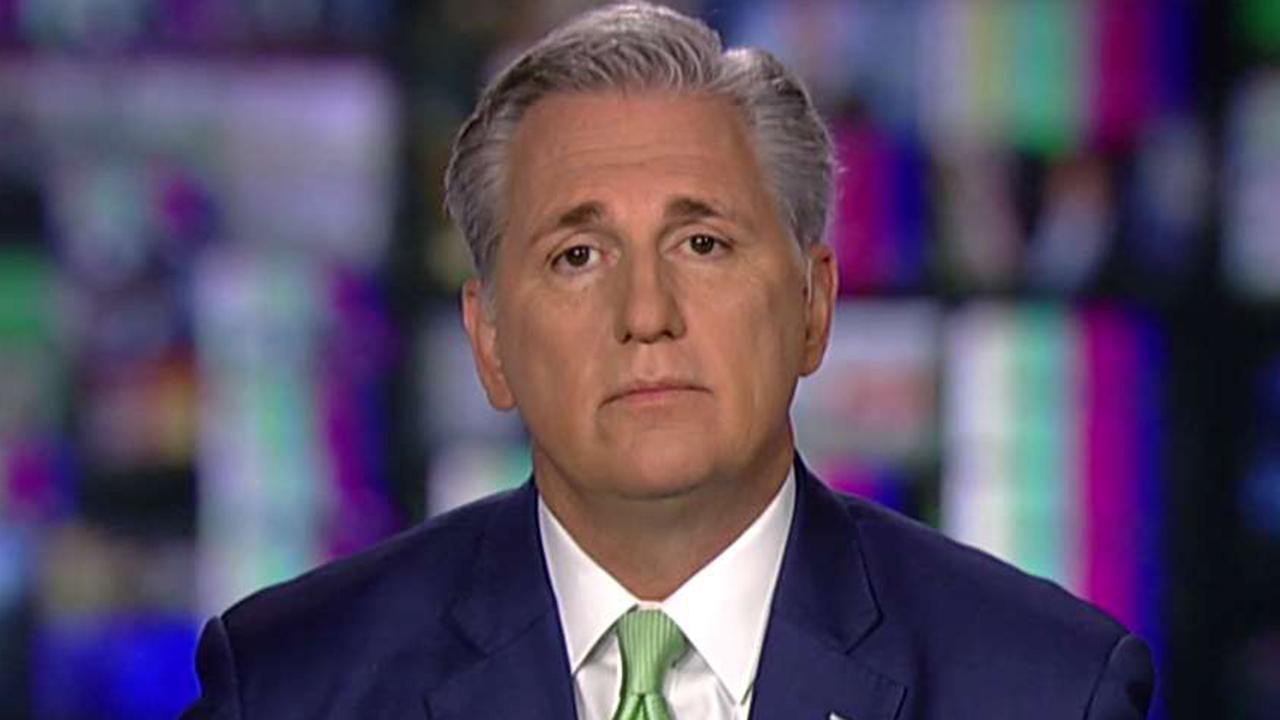 House Majority Leader Kevin McCarthy slammed colleague and fellow California Rep. Nancy Pelosi on Sunday, saying she is the only lawmaker trying to “shut down the government.”

“She’s pressuring them [Democrats], trying to get them to shut down, to blame President Trump when President Trump is the individual working to build the military and find a solution to our border and to all those dealing with DACA,” McCarthy, R-Calif., told Maria Bartiromo on “Sunday Morning Futures.”

The looming shutdown, which happens Jan. 19 if Republicans and Democrats do not reach an agreement, stems from a disagreement over what’s included in the funding bill -- defense and non-defense spending. While Republicans are focusing on defense spending, Democrats on the other hand are pushing for the legislation to include disaster aid, extension of the Children’s Health Insurance Program (CHIP) and continued protection for young, undocumented immigrants -- originally granted under the Deferred Action for Childhood Arrivals (DACA) program, which was signed into law by former President Barack Obama in 2012.

“Ultimately the budget agreement must lift spending caps with parity between defense and urgent domestic priorities,” Senate Minority Leader Chuck Schumer, D-N.Y., said Thursday while speaking on the Senate floor. “Parity is a term we use around here. I’d rather call it defending middle-class America. And just as it is important … to defend America from foreign enemies … we have to defend America here.”

While McCarthy concurs that a budget agreement must be reached in order to fund the military, the California Republican said the money must go toward upgrading America’s armed forces, which was discussed with President Trump, some members of his Cabinet and Republican lawmakers this weekend at Camp David.

“In funding that military, we have to rebuild it. And that’s really how we started our second day … We had [the] Secretary of Defense Gen. [Jim] Mattis laying out the threats around the world and what they need to make sure the world stays safe, and America, most importantly, stays safe. And that is why we’re working on getting that budget agreement to be able to plus-up the military,” McCarthy said.

Aside from the focus on government funding, defense spending and immigration in 2018, McCarthy explained that he and fellow lawmakers are looking to fix infrastructure, remedy the opioid crisis and boosting the nation’s workforce.

“After passing tax reform, that was the beginning of America’s comeback,” he said. “Now in 2018 we want to complete America’s comeback … modernize, we have so many bridges falling apart … you’ve got an opioid epidemic that’s going across this country — to be able to deal with that as well … We’re gonna have to be able to get a stronger workforce, a better trained [workforce].”