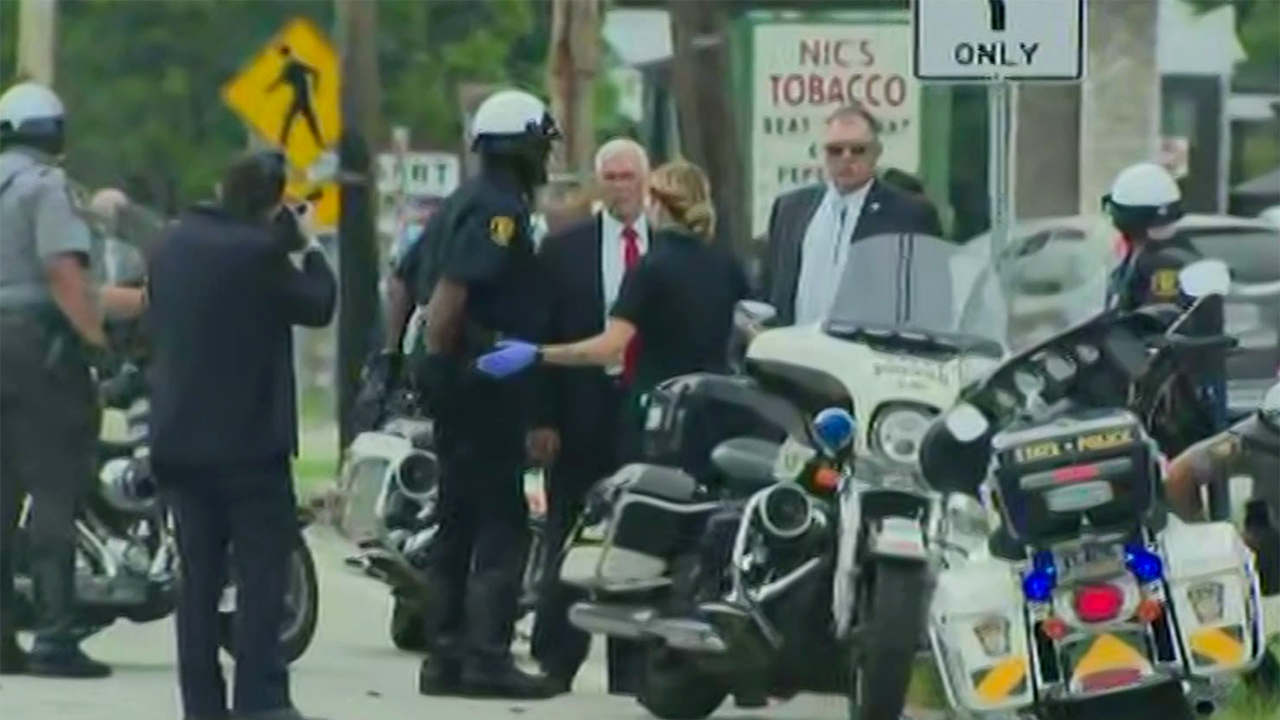 With Pence aboard, the Trump 2020 campaign bus collided with a dump truck around 11 a.m. in Allegheny County, according to journalists in the accompanying press pool.

Following the minor fender-bender, the 61-year-old veep resumed the journey in a limo in the motorcade — only for a pair of motorcycles in the security detail to go down just after 11:15 a.m.

Vice President Mike Pence at the scene of the minor accident. (Credit: CSPAN)

An ambulance was spotted on the scene of the second accident, but it appeared the riders were only undergoing a precautionary evaluation.