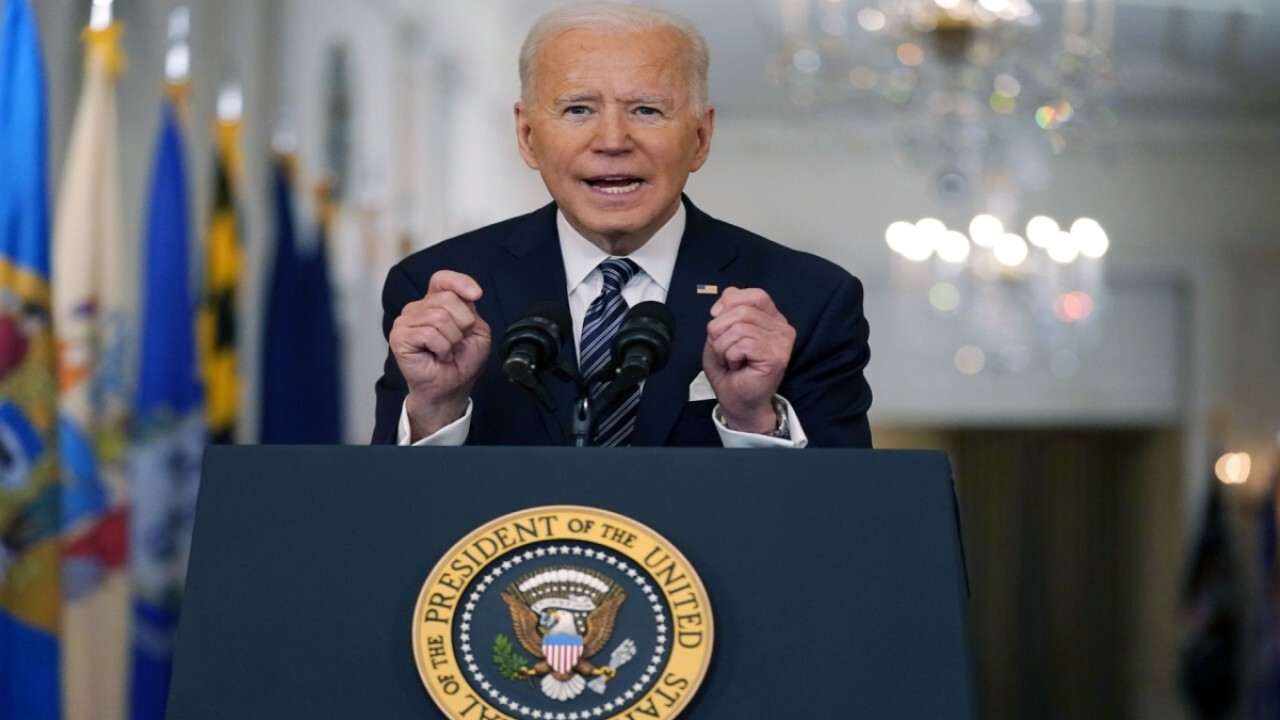 KAYLEIGH MCENANY: “It was extraordinary, the denial of all that the previous administration had done before him. You even have ABC News, The New York Times and this morning The Washington Post noting even that the Johnson & Johnson and Merck breakthrough began under President Trump's administration. Three vaccines, not one, three vaccines in record time and manufacturing those vaccines at an industrial scale beforehand was a novel approach. But all of that denied by Biden, though acknowledged by the mainstream media, the liberal media, rather. It's really interesting to watch.

President Joe Biden speaks about the COVID-19 pandemic during a prime-time address from the East Room of the White House, Thursday, March 11, 2021, in Washington. (AP Photo/Andrew Harnik)

[The China] travel ban, the one that Joe Biden dubbed ‘xenophobic,’ and keep in mind, those early actions of the Trump administration came as the World Health Organization was carrying China's water, lying about this having human-to-human transmission between people, slow walking that information to the world. And you have Joe Biden, who's rejoining that organization, the very one that misled America and misled the world. But nevertheless, President Trump was taking action -- the temporary shutdown. Joe Biden was still holding a rally in March. So he's really engaging in revisionist history. But the American people are smart enough to see that."

Joe Biden went on [to say] that there were 8 million seniors vaccinated, it went to 65 million on his watch. Well, that's thanks to President Trump for procuring these vaccines in advance. That's something that had not been done before, partnering with the private sector and saying, ‘Hey, I'm going to roll the dice, produce these in advance. They may or may not work, but I'm going to take that risk because it could save lives.’ And it did save lives, though some of that rollout happened on Biden's watch thanks to President Trump's early action.”