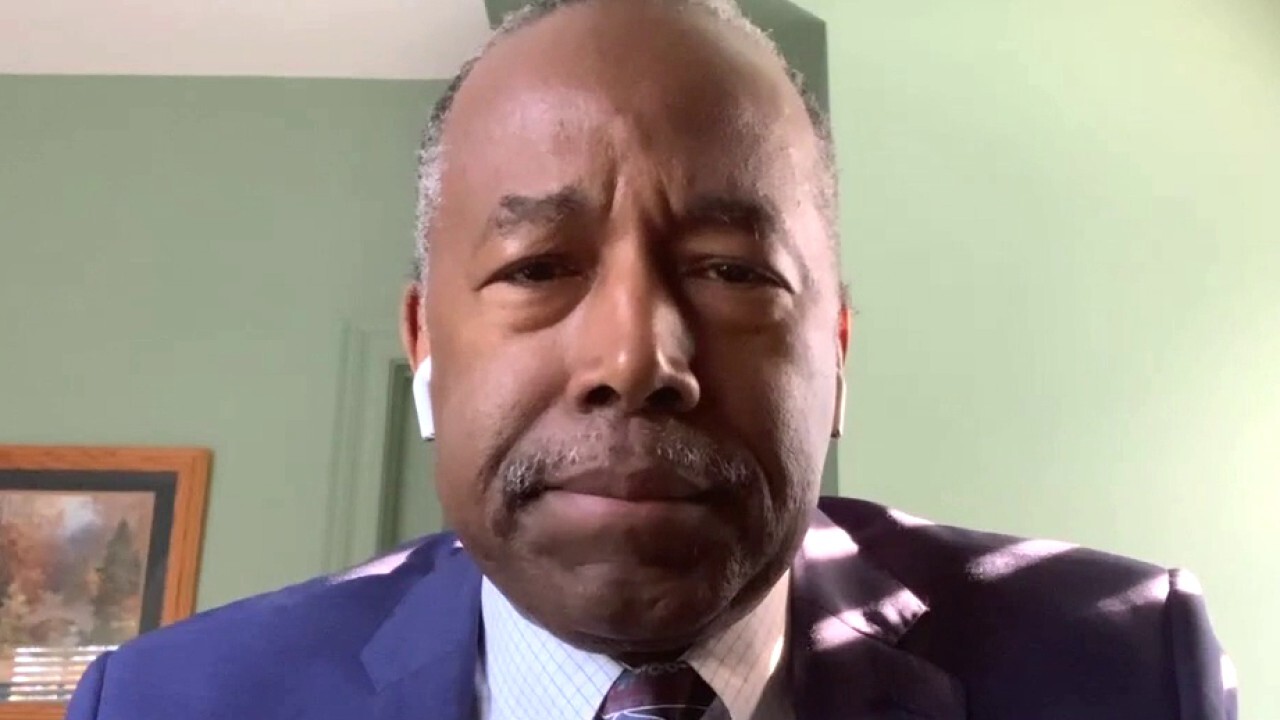 Former Secretary of Housing and Urban Development Dr. Ben Carson criticizes the federal eviction moratorium for its negative impact on the economy.

Senate Minority Leader Mitch McConnell blasted President Biden for caving to the "far left" by extending an eviction moratorium for millions of tenants, something he compared to "socialism."

The Biden administration backpedaled from its previous position that it couldn't legally take action to keep tenants in their homes after extreme pressure from House Democrats, led by Rep. Cori Bush, D-Mo., who staged overnight protests at the Capitol.

Biden had called on Congress to pass legislation to extend the moratorium that expired Saturday, but when the House recessed without doing so, his Centers for Disease Control and Prevention (CDC) announced a fresh extension for certain renters until Oct. 3.

LANDLORD OUT $24,000 IN RENT DUE TO EVICTION MORATORIUM, SAYS TENANTS BUYING BOATS

"When some socialist House members failed to convince their own fellow Democrats to extend this nationwide socialism through legislation, they somehow prevailed on President Biden, through PR stunts," McConnell, R-Ky., said on the Senate floor Thursday.

McConnell said Biden "caved" despite previously saying he had no legal authority to act given a Supreme Court opinion on the matter.

"He still caved and did it," McConnell said. "The far left wants to turn this pandemic into a Trojan horse for permanent socialism and the administration is letting them call the shots."

McConnell's remarks stood in sharp contrast to Senate Majority Leader Chuck Schumer's earlier praise for the so-called Squad and especially Bush for their work in extending the eviction moratorium.

Rep. Cori Bush, D-Mo., along with supporters, camps outside the U.S. Capitol, in Washington, Monday, Aug. 2, 2021, as anger and frustration has mounted in Congress after a nationwide eviction moratorium expired at midnight Saturday.  (AP Photo/Jose Luis Magana / AP Newsroom)

"Above all, Representative Cori Bush gets huge credit," Schumer said Thursday in a floor speech ahead of McConnell's harsh criticism. "One person who changed things for tens of thousands, maybe hundreds of thousands of people, and everyone who stood with her as well."

Schumer had previously joined Bush and Rep. Alexandria Ocasio-Cortez, D-N.Y., outside the Capitol to support their activism on the issue.

Bush, who was previously homeless, encouraged Biden to extend the eviction moratorium despite any future legal consequences arguing that it will at least buy time for struggling renters to stay in their homes during the current surge of coronavirus cases.

In his remarks, McConnell sympathized with landlords who must still pay mortgages and bills despite not getting money from tenants who are no longer paying rent — yet can't be evicted.

Congress already approved $46 billion in rental assistance in December and March but the money is not yet reaching those in need. McConnell said the problem is state governments "who've been pathetically slow to get the money out."

"For a year and a half now, government has basically told landlords they have little or no recourse if tenants stop paying the rent," McConnell said.