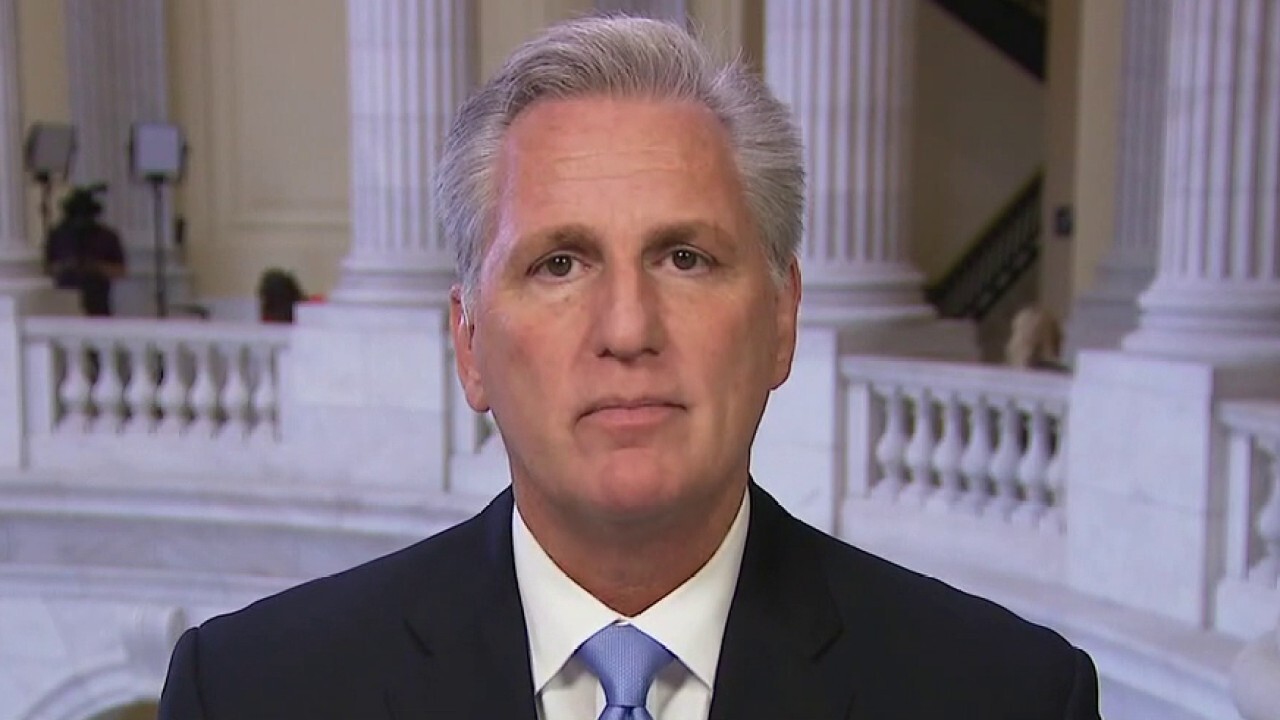 Kevin McCarthy: 'Joe Biden has jeopardized any ability to have a joint agreement on anything in the future'

In some of his most clear and concrete comments to date, House GOP leader Rep. Kevin McCarthy said Wednesday he would not support the $1 trillion infrastructure bill that passed the Senate with bipartisan support.

Asked in an interview with Fox News if he could support the package if House Speaker Nancy Pelosi is forced to decouple the measure from the Democrats massive $3.5 trillion spending proposal, McCarthy answered, "No. As I read the bill now, I could not support it."

Pointing to an estimate by the Congressional Budget Office that the infrastructure package would add $256 billion to the federal deficit over the next decade, the longtime congressman from California said one reason he couldn’t back the bill is because "it’s not paid for as it was promised to be paid for."

"I have a great frustration with this bill," McCarthy emphasized.

Nineteen Republicans joined all 50 Democrats in the Senate in helping to pass the infrastructure deal last week. And Senate Democrats, by a 50-49 party-line vote in a chamber that the they control with a razor-thin majority, also passed an outline for a massive $3.5 trillion spending package.

Pelosi is aiming to have final votes on both the bipartisan infrastructure bill and the partisan spending package. Asked how many Republican lawmakers in the House would vote for the infrastructure bill if it remains coupled to the Democrats' larger spending proposal, McCarthy told Fox News that, "if she [Pelosi] ties it together, zero."

McCarthy was interviewed on Tuesday, the second and final day of his "Gold Caucus Summit," a summer retreat in Jackson Hole, Wyoming, for high-dollar GOP donors, some top Republican leaders and former Trump administration officials, and appearances by some of the National Republican Congressional Committee's (NRCC) most high-profile 2022 candidate recruits.