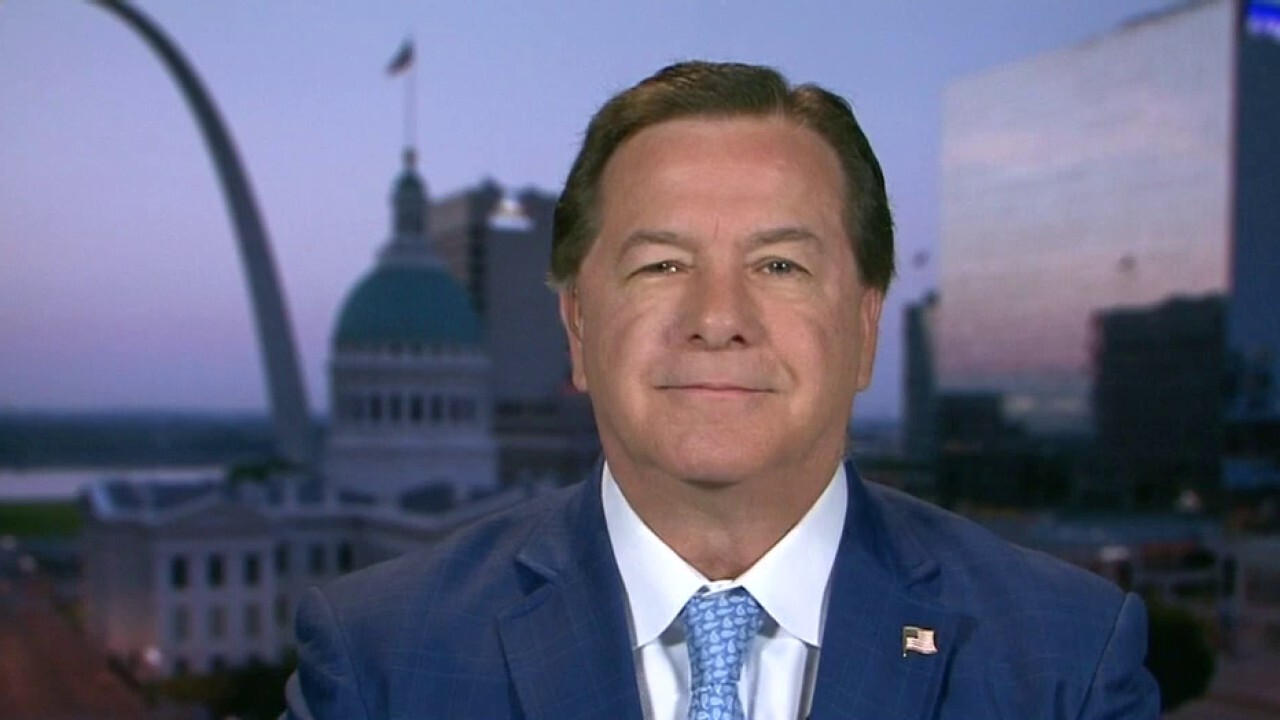 Mark McCloskey on guilty plea over encounter with protestors: 'We now put it behind us'

Mark McCloskey says he and his wife Patricia pointed guns at protestors last summer to put them in 'immediate fear,' which he believes 'kept them from killing me and burning down the house.'

Mark McCloskey explained on "Mornings with Maria" on Monday why he and his wife Patricia, both attorneys, agreed to accept a plea deal over a clash they had with protestors last summer.

The St. Louis, Mo., couple, who went viral after staring down a group of protesters from their front porch, have agreed to plead guilty to lesser charges in connection with the incident, pay fines and lose the guns seized during the investigation.

The McCloskeys were charged after a swarm of Black Lives Matter protesters broke down an iron gate and ignored a "No Trespassing" sign on their private street. The couple said they felt threatened and armed themselves before heading outside to warn off the crowd, which was on its way to the former mayor’s home. No one was hurt.

McCloskey told FOX Business’ Dagan McDowell that when he and his wife showed up to court "the new prosecutor dropped all the gun charges and the felonies."

"He presented me with a charge that said I purposely placed other people in apprehension of immediate physical injury," he continued. "Well, heck that’s what I did."

McCloskey noted that "the whole purpose" of holding guns was to "make people back up [and] put them in that immediate fear of physical injury."

"That’s what kept them from killing me and burning down the house and so it was kind of hard for me to say that I didn’t do that because that’s what I did," he explained.

McCloskey said he will pay a fine of $750, and his wife will pay an additional penalty on a different misdemeanor charge.

St. Louis couple Mark and Patricia McCloskey pay fines and lose guns in a guilty plea over encounter with protestors.

The couple’s guns, seized after their initial arrests last year, will be destroyed, even though McCloskey’s attorney asked in court for the judge to allow his rifle to be donated to a charity auction.

The case’s initial prosecutor, Circuit Attorney Kim Gardner, was sidelined by a judge and replaced with a special prosecutor after flaunting the ongoing proceedings in fundraising emails.

"We got a new look at it from a new prosecutor and we now put it behind us," McCloskey said.

McDowell noted that McCloskey has not lost his license to practice law and can continue to own guns.

Despite having their weapons seized and pleading guilty to charges in connection with pointing guns at Black Lives Matter protestors on their private property last summer, the McCloskeys appeared defiant Saturday, posting a picture of a new AR-15 the St. Louis couple intends to buy.

"Checking out my new AR!" Mark McCloskey tweeted along with two pictures: one with McCloskey at a gun store with the owner, and another with him and his wife, Patricia. In both, he is holding an AR-15 rifle.

"I still have to wait for ATF to respond," McCloskey said when asked what was the status with the new gun. "It takes them a little while to figure out my new status or if they don’t make a ruling in three days of course then we go ahead and pick up the weapon."

Last month, McCloskey announced his bid for U.S. Senate and told "Tucker Carlson Tonight" that he will defend Missourians the same way he defended his wife and family.

Speaking on "Mornings with Maria" on Monday, he argued that "the people of this country are fed up and they want to see some real change and hopefully that’s what we can offer them."

He stressed that he believes "there is a general outcry amongst the people in Missouri and the nation for what’s going on right now," pointing to "the current government ignoring the crisis on the border" and "the crisis of inflation."