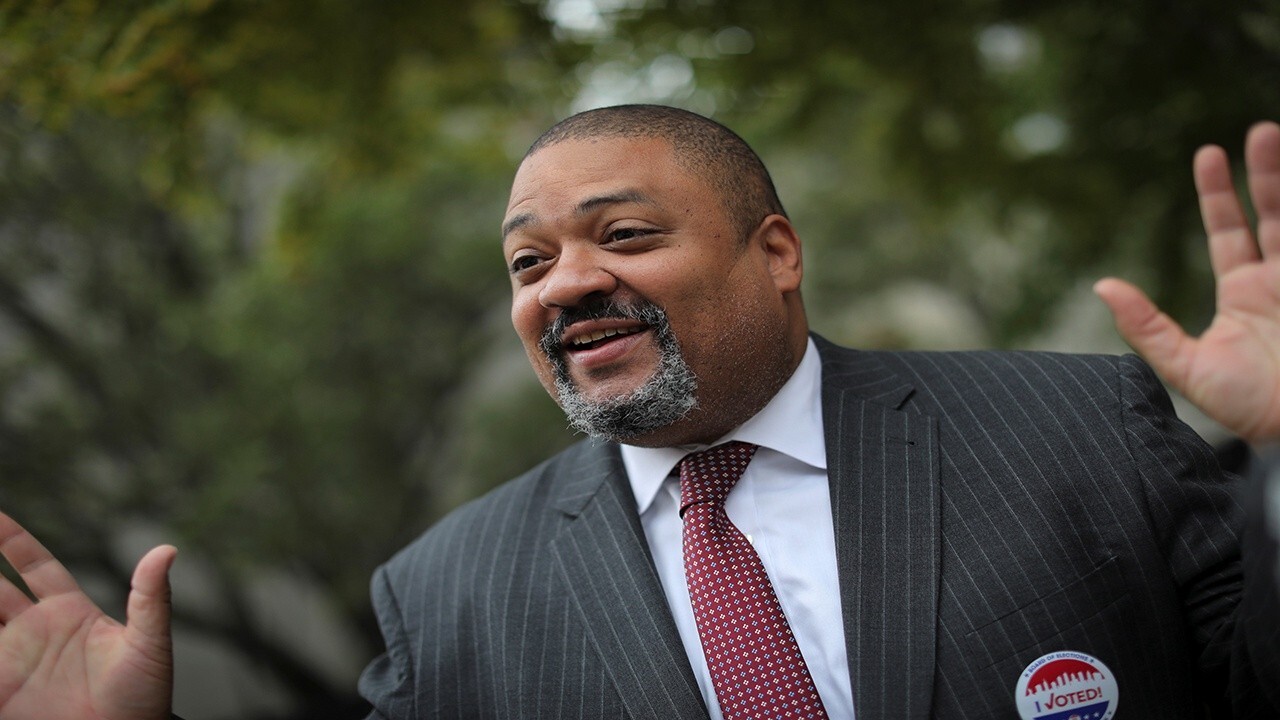 Alvin Bragg is going to victimize all of Manhattan: Victim Rights NY founder

EXCLUSIVE Members of the Partnership for New York City on Friday sounded off on Manhattan DA Alvin Bragg, forcefully telling the embattled prosecutor that his easy-on-crime policies unveiled in a recent memo has their employees scared to return to their offices and will make the city’s crime wave even worse.

About 100 members of the city’s largest business group representing CEOs of finance, retail and real estate spoke with Bragg during a Zoom call moderated by the partnership’s CEO, Kathyrn Wylde.

Their comments were said to be polite but stern. Bragg listened intently and told the group that while he is committed to social justice and reforming the way his office works, public safety is a top priority, Wylde told Fox Business.

"It was a very good meeting," Wylde said. "He listened, and he was open to the views of the members. He seems to truly want to make public safety his top priority."

Many of Wylde’s members disagree, which is why she called for the meeting with Bragg after he penned a controversial memo outlining that most crimes in his jurisdiction wouldn’t be prosecuted and if they were, criminals wouldn’t face jail time except for offenses committed with a gun.

In a memo that leaked earlier in the month, Bragg directed his staff not to "seek a carceral sentence" except for murders and other extremely violent cases. The memo added that Bragg’s new rule "may be excepted only in extraordinary circumstances based on a holistic analysis of the facts, criminal history, victim’s input (particularly in cases of violence or trauma) and any other information available."

Bragg has more recently softened some of those comments, saying he will enforce the laws and seek jail terms. He has recently said the memo doesn’t represent a rigid set of guidelines, adding prosecutors will make their own decisions based facts and circumstances.

During the partnership meeting, several CEOs told Bragg that crime in the city is reaching epidemic proportions, and their employees are afraid to travel to their offices and use the subway.

Among the most vocal was Joe Ucuzoglu, CEO of Deliott USA, where subway shove victim Michelle Go worked. He described the devastating impact her death had had on all his employees. He told Bragg the DA, the mayor and police need to make public safety a top priority. A Deloitte press official had no immediate comment.

Stephen Schwarzman, CEO of private equity powerhouse Blackstone, told Bragg that after nearly two years of intermittent COVID-related lockdowns, it will be difficult to get people to return to the office "unless they feel safe. And they don’t feel safe." A Blackstone press official had no immediate comment.

One retailer told Bragg that lawlessness is so bad in Manhattan that he’s installing the same type of security used in his stores in the crime-ridden city of Caracas, Venezuela

Bragg listened and said what the group wanted to hear: Public safety is a big priority; his office won't tolerate violent crime, violence against police officers and gun possession.

Someone asked Bragg, "If I get hit in the head with a baseball bat, will you prosecute."

He said yes, because it’s a violent felony.

But, Bragg didn’t back away from the overall theme of his memo and said public safety must be balanced with what many on the left consider social justice — policies that shy away from prosecuting all but the most serious crimes and lowering bail standards because the disparate impact strict crime laws have on communities of color.

As many major cities have implemented new less stringent policing and prosecution policies, violent crime has exploded in these areas. New York City is experiencing some of the biggest spikes in crime in decades.

Manhattan DA Alvin Bragg softened, but is sticking to, his soft-on-crime policies as crime in New York reached "epidemic" proportions, according to local leaders.

Bragg vowed to keep an open dialogue with business leaders and reiterated several times that public safety is a major priority of his office.