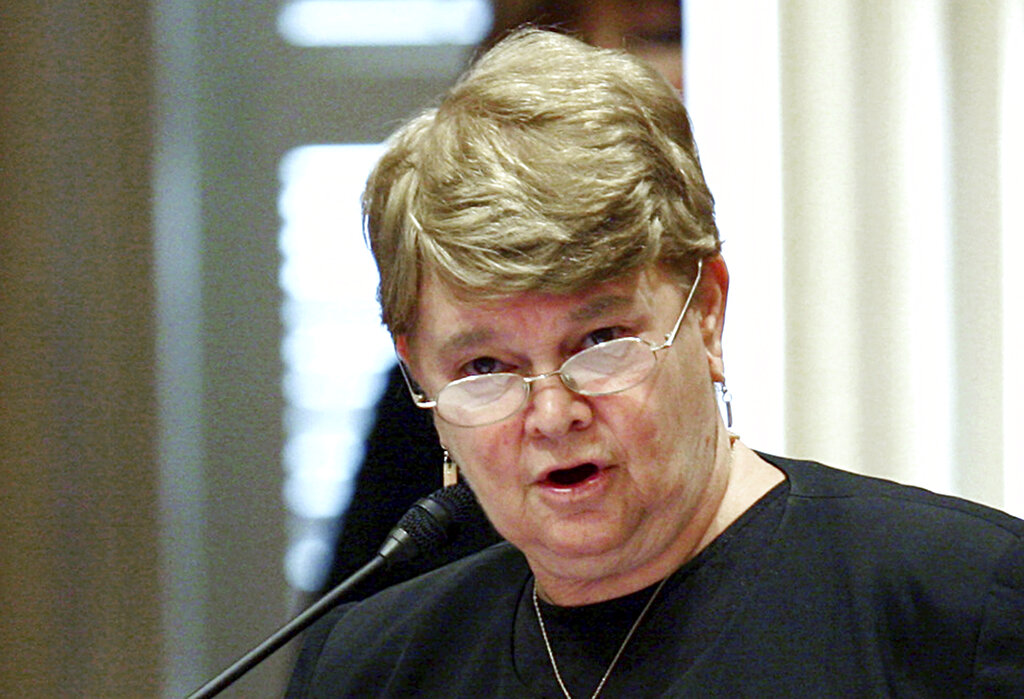 A Los Angeles County Supervisor who dined at a restaurant in Santa Monica last week just hours after she voted to ban outdoor dining in the county because of coronavirus concerns, told a local reporter on Wednesday that getting caught was a “nonstory.”

Fox 11 Los Angeles was the first to report this week that county supervisor Sheila Kuehl was seen dining outside at Il Forno Trattoria, an Italian restaurant near her house. Hours before, she had referred to outside dining as “a most dangerous situation” during an Los Angles County Board of Supervisors meeting.

Fox 11 reporter Pete Wilgoren tweeted Wednesday that Kuehl’s office told him that “dining out is a 'nonstory' story and she is doing no more interviews on it.”

Fox Business has made multiple attempts to reach Kuehl for comment but did not hear back.

Harmeet Dhillon, the CEO of the Center for American Liberty and the co-chair of the Republican National Lawyers Association, said Kuehl represented yet another California elected official who says one thing in public yet does something else in private.

“Just in the last few days we could name the governor, the mayor of San Francisco, the mayor of San Jose, LA County Supervisor Sheila Kuehl … who have flagrantly violated the very restrictions that they are forcing down the throats of a populace,” she said.

“Given the sheer volume of elected officials who are defying these rules, you can only reach a couple of conclusions,” Dhillon said. “One is that they are incredibly reckless because they think that eating out at restaurants will kill you … So they have a death wish. That’s one explanation. Another explanation is, they don’t think it’s that dangerous, but they’re telling us that it is. And I think that’s the more likely explanation.”

Dhillon said we must adapt to the virus as a “way of life” rather than implement blanket shutdowns on businesses.

“We are passed the time when this COVID situation can be treated like an emergency. It’s not an emergency anymore. It’s part of our way of life. And we have to adapt accordingly to continue with life while coping reasonably with this crisis,” she said. “And so where you have these arbitrary shutdowns that destroy people’s businesses, destroy jobs, destroy dreams, people are not able to put up with that anymore.”

Los Angles County’s ban on outdoor dining, which Kuehl voted to uphold, took effect on the eve of Thanksgiving just one day after the county’s public health department admitted during a Board of Supervisor’s meeting that there is no hard scientific evidence linking the recent surge in COVID-19 cases to back up the move.

In laying out its case, a department health official cited a generic study from the Centers for Disease Control and Prevention. But the study did not distinguish between indoor and outdoor dining and was conducted throughout the United States rather than within the specific community.

The California Restaurant Association took the county to court last week, asking a judge for a stay order so that outdoor dining could proceed. But the judge declined that request, and the ban on outdoor dining moved forward.

“More than any other California industry, restaurants have borne the brunt of restrictions, modifications, shutdowns, and layoffs. Meanwhile, the County has yet to produce any scientific facts proving restaurants are less safe than other business operations,” said Jot Condie, the President and CEO of the California Restaurant Association in a statement to Fox Business.