Hoover Institution Distinguished Visiting Fellow Kevin Hassett discusses inflation and how the Biden administration is responding to the surge in prices.

Vice President Kamala Harris on Friday acknowledged that inflation is a "big deal" for Americans, stressing that the Biden administration takes the issue "very seriously."

The vice president was asked about the surge in U.S. consumer prices, which have accelerated at the fastest annual pace in more than 30 years as supply chain bottlenecks and materials shortages persist and gasoline prices continue to increase.

"Prices have gone up and families and individuals are dealing with the realities of the bread costs more, the gas costs more, and have to understand what that means," she said. "That’s about the cost of living going up. That’s about having to stress and stretch limited resources."

Harris said that is a "source of stress for families" that is "not only economic, but is, on a daily level, something that is a heavy weight to carry."

"It is something we take very seriously, very seriously," she said, adding that historically, when prices go up, "it has a direct impact on the quality of life for all people in our country."

"It’s a big issue and we take it seriously and it is a priority for us," Harris said, adding that the administration has addressed it "in a number of ways."

Harris said that with regard to supply chain bottlenecks influencing inflation, the administration has moved to work with labor unions to open up and extend hours at ports – referencing ports in Los Angeles and Long Beach, California as well as the port in Savannah, Georgia.

Harris added that the administration has already seen a reduction in container ships in the clogged Long Beach and Los Angeles ports since extending the hours to 24 hours a day, seven days a week.

Harris went on to make a push for President Biden’s "Build Back Better" agenda, saying it is "designed to make it less expensive for working people to live."

Pork and beef products are displayed on a shelf at a Safeway store on Oct. 4, 2021 in San Francisco. (Justin Sullivan/Getty Images / Getty Images)

"Build Back Better is not going to cost anything," Harris said, echoing Biden’s repeated claim. "So when we can get ‘Build Back Better’ passed, and we are optimistic that we will, the American people will see costs actually reduced around some of the most essential services that they need to take care of their basic responsibilities, including issues like child care, and focus on the needs of the American people."

She added: "We are fighting for their needs, which is why we were able to pass a bipartisan infrastructure bill, where Republicans, not just one or two, came together with Democrats, understanding that it is important that when we are engaged in electoral politics, that we deliver on behalf of the people, and we have accomplished that."

Harris described the passage of the bill, which was approved in the House last week, and in the Senate over the summer, as "historic."

But when pressed further on inflation, Harris said she "fully" appreciates "the significance of things costing more."

"It’s a big deal. It’s a big deal," she said, adding that the administration is "doing what we can, making it probably one of our highest priorities."

"I talk to the president about it often," she said, underscoring that it is "one of our highest priorities." 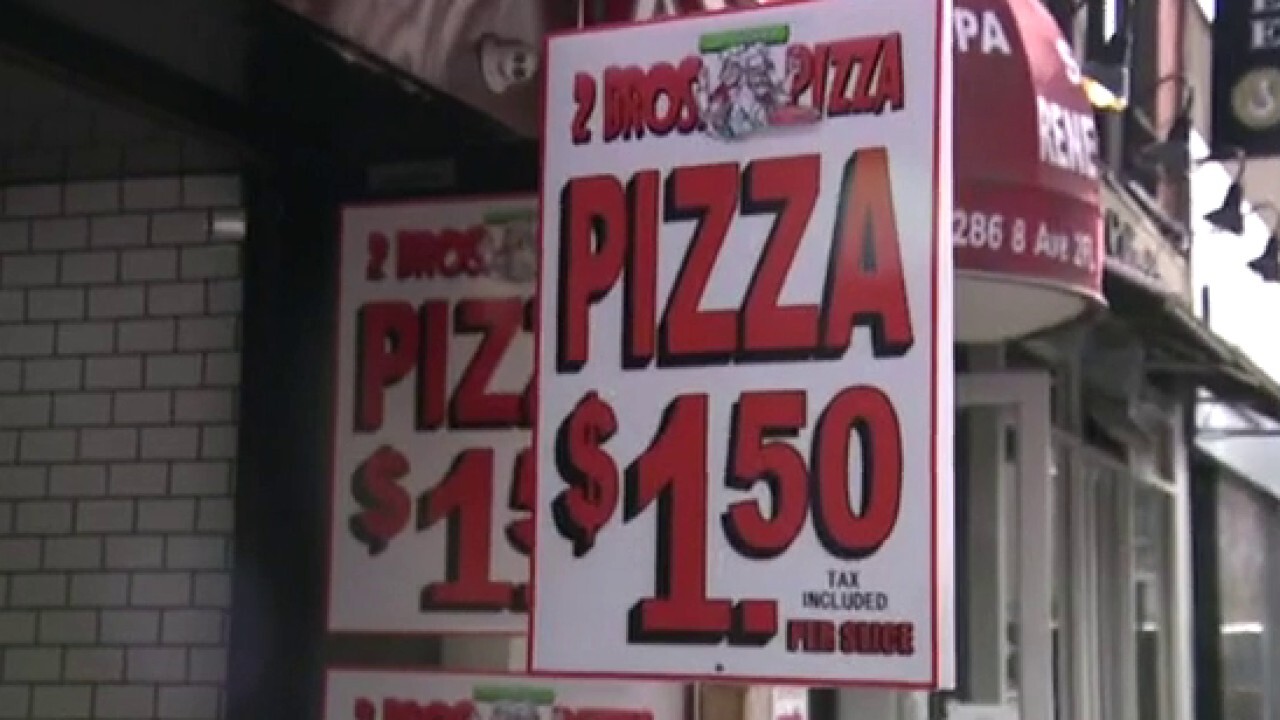 "We need to bring costs down for the American people, and in particular, for working people and working families," she said, making a final pitch for the multi-trillion dollar "Build Back Better" agenda.

"It is absolutely, and almost uniquely designed to do just that, make it easier for people to live and for most Americans, making it easier for them to live means bringing the cost of living down, especially for essential services," Harris said.

Food prices, meanwhile, edged up 0.9% last month as the food at home category saw a 1% increase. All food prices are up 5.3% year over year.