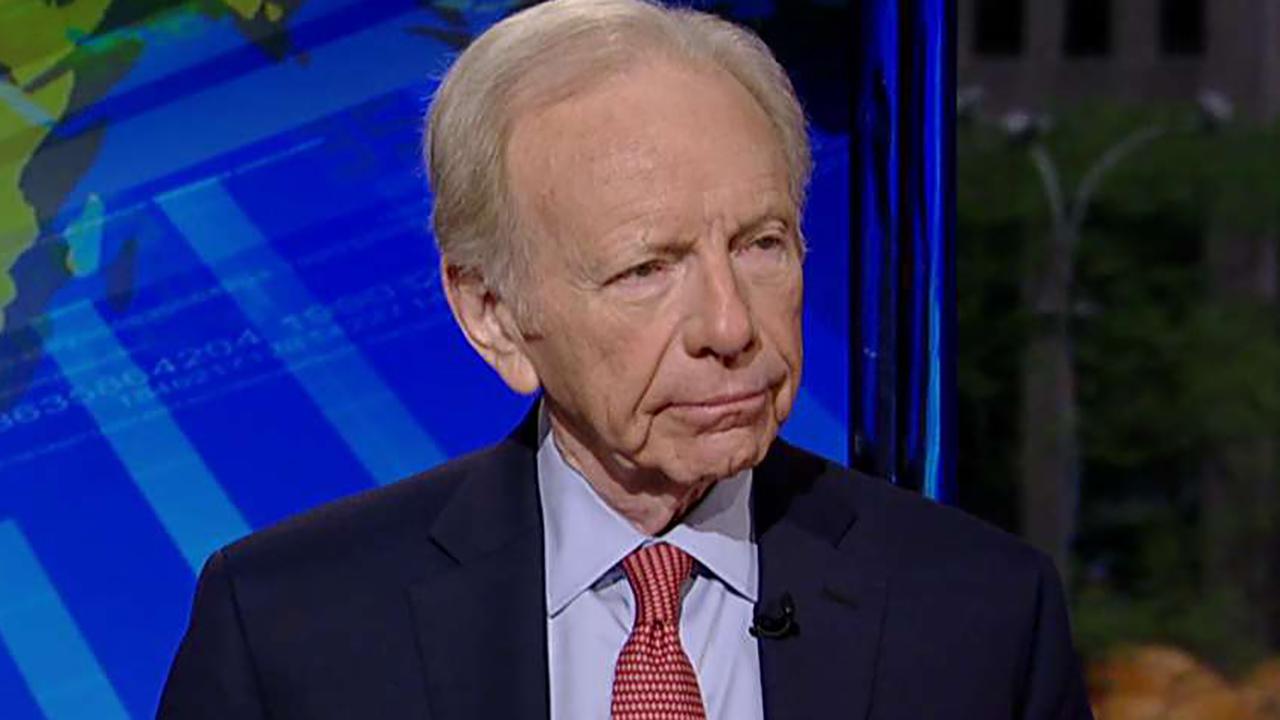 Joe Lieberman: I hope Trump pulls out of the Iran deal

The deadline approaches for Trump to decide if the United States is pulling out of the Iran deal; former Connecticut senator Joe Lieberman shares his take on 'Sunday Morning Futures.'

“I’m encouraged by what the president has said so far and I hope he does pull out,” Lieberman told Maria Bartiromo during an interview on “Sunday Morning Futures.”

A Democrat-turned-independent, who served 24 years in the Senate representing Connecticut, Lieberman said part of his duties included working with both political parties to put sanctions and economic pressure on Iran in an effort to stop its nuclear weapons development program and denuclearize the country.

Under the framework of the 2015 deal – officially known as the “Joint Comprehensive Plan of Action” – agreed to by the U.S., Russia, China and other world powers in Europe, Iran must reduce its uranium stockpile and, in return, economic sanctions on the Middle Eastern country would be lifted. The deadline for extending the deal is now less than a week away, and Trump, who has long been critical of it, warned that he would pull out of the agreement if “disastrous flaws” are not fixed.

“The worst part of the nuclear deal is that it didn’t really end Iran’s nuclear program,” Lieberman said. “It’s clear that they got tremendous capacity. They basically put the brakes on for a while to get the economic pressure off of them to get the $100 billion. They can go back and have a legitimate nuclear weapons development program in about 10 years. And that’s not the security that the world needs.”

Iranian President Hassan Rouhani said on Sunday the country will respond to any action Trump takes on the nuclear deal and warned the U.S. would regret leaving the agreement.

If the U.S. does withdraw, Lieberman still believes other European countries will continue to work with the U.S., even if they protest the president’s decision.

In an effort to salvage one of the Obama administration’s top foreign policy accomplishments which he helped craft, former Secretary of State John Kerry has been engaging in shadow diplomacy with an Iranian official, according to the Boston Globe.

Kerry met with Iranian Foreign Minister Javad Zarif two weeks ago at the United Nations in New York – their second in about two months – to discuss ways of keeping the deal intact, the Globe reported, citing a person briefed on the meetings.

The reported meetings have caused some to question whether Kerry violated the Logan Act, a law enacted in 1799 that prohibits private citizens from negotiating on behalf of the U.S. government without authorization. No one, however, has been successfully prosecuted for violating the legislation.

“John Kerry is not negotiating on behalf of the U.S. government – I hope everybody he’s talking to knows that,” the former Connecticut senator said. “But in my opinion, what he’s doing is inappropriate and he shouldn’t be doing it.”