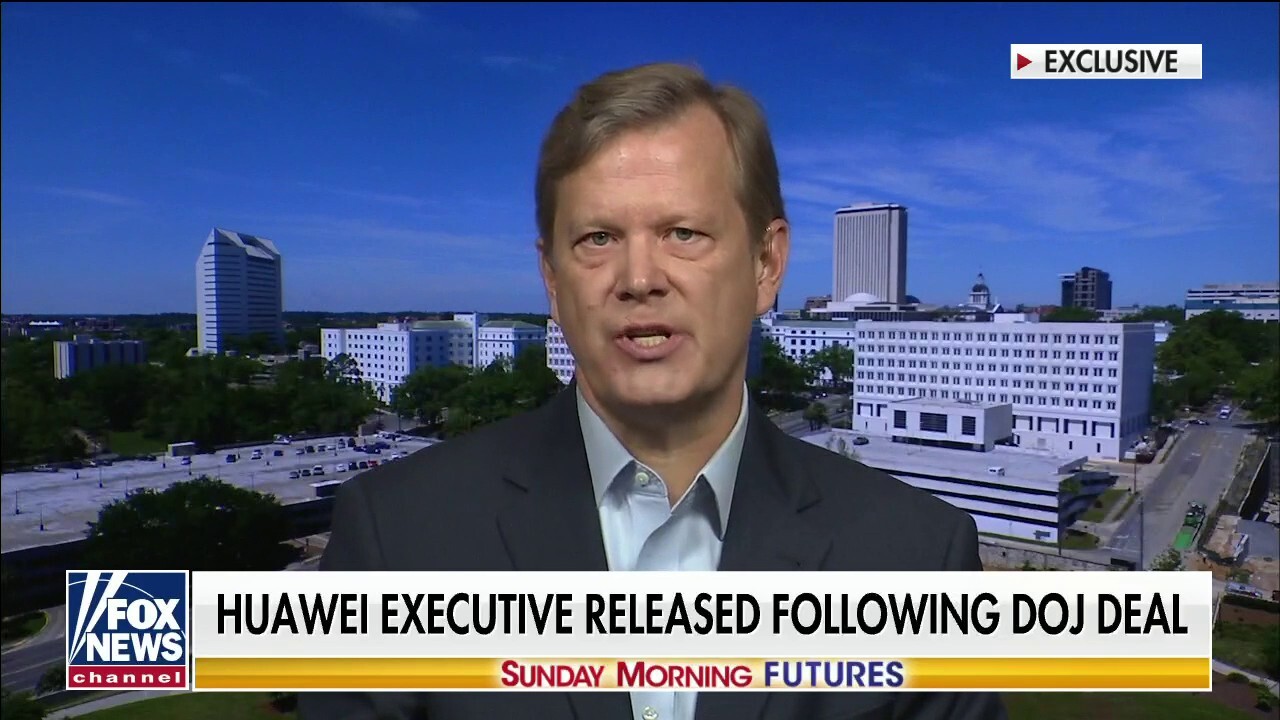 Conservative commentator Peter Schweizer said there is "no question" President Biden has a conflict of interest with China, showing a "strategic retreat" by the U.S.

"There’s no question those conflicts exist. Joe Biden himself, two of his family members, his son, Hunter Biden — of course — and his brother, James Biden, have received millions of dollars from politically connected Chinese interests," Schweizer said during an appearance on Sunday Morning Futures with Maria Bartiromo.

Schweizer's comments come two days after it was reported that top Huawei executive Meng Wanzhou, who was arrested in Canada after facing an indictment from the Eastern District of New York, will be allowed to return to China under a deferred prosecution agreement struck by the Department of Justice.

"It’s another example, Maria, of basically a strategic retreat by the Biden administration," Schweizer said of the deal Sunday. "I mean, they talk tough. They claim that they're serious about the challenge represented by China. But what you basically get is retreat."

Schweizer also touched on some of Biden's other potential conflicts, including the possibility that Hunter Biden paid his father's bills while his dad was vice president, which is potentially illegal.

"[T]here's plenty of evidence to support that Hunter Biden was paying Joe Biden's bills," Schweizer said. "We know that there were contractors that were working on Joe's private residence in Delaware while he was vice president, and Hunter and his business associates were handling the payment of those bills."

"We know there were things like a private phone or several phones that Joe Biden had while he was vice president," Schweizer continued. "The bill was three hundred plus dollars a month that was being paid by Hunter's business. So we know at least tens of thousands of dollars of bills. Thus far. We've been paid and this is illegal. You cannot subsidize a family member in politics by paying their bills."

Schweizer also pointed to Hunter Biden's controversial art deals as being another potential conflict of interest for the president.

"We know that these aren't deals, these art shows. Hunter Biden is going to be there schmoozing with people. We know that the man holding these art deals and showing Hunter's art has said China is a growth market where he really wants to go. And we know that this is what the Bidens have done for decades," Schweizer said. "It's really not in dispute. So this is a new avenue for corruption. The money is going to give an opportunity for foreign corrupt intermediaries who want to curry favor with this administration. And Joe Biden is displaying this artwork in the White House, which is a really nice gallery for foreign dignitaries to see the work."