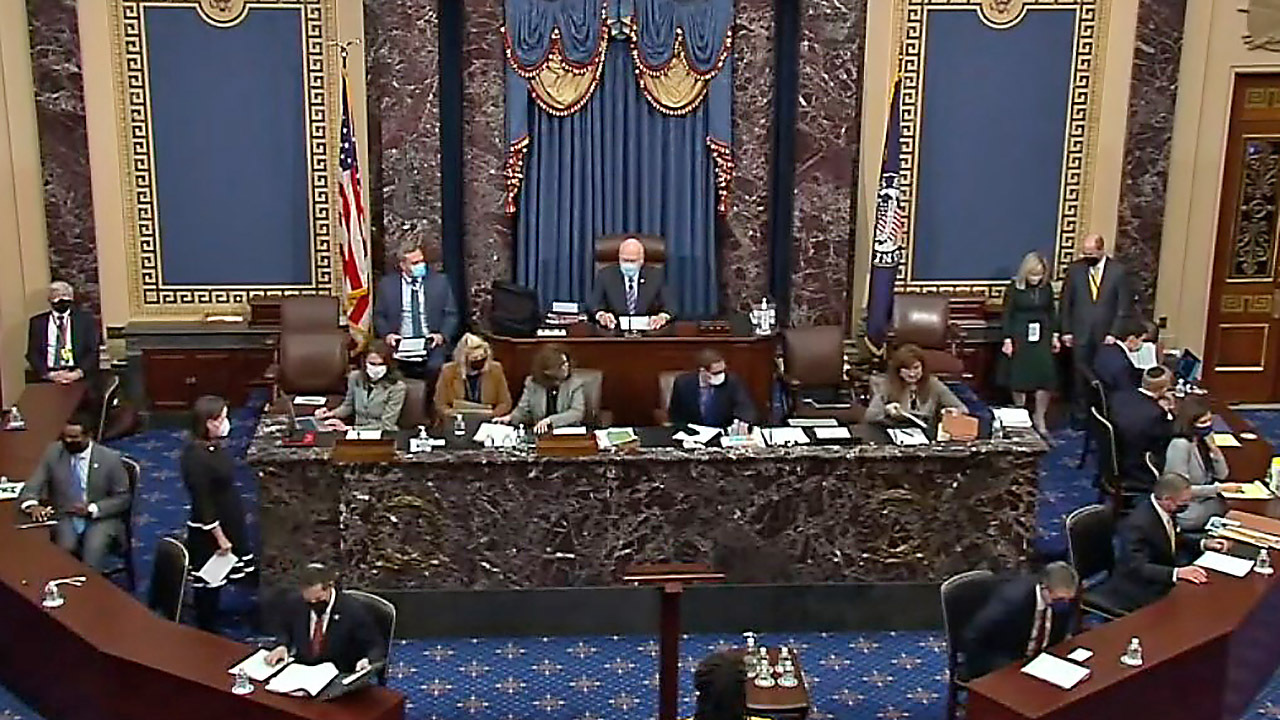 The Trump impeachment trial drew to a close Saturday with no conviction. As lawmakers close out their dramatic arguments for and against impeaching former President Trump for incitement of an insurrection, some are left wondering: how much did the trial cost taxpayers? How much did it cost Trump?

It turns out it isn’t entirely clear, and estimates vary widely. Roll Call estimates the first impeachment trial in January 2020 cost $1.83 million. Another estimate, from the Heritage Foundation, put the price tag at $3.06 million, including the salaries of not only lawmakers but 106 congressional staffers and six lawyers.

While the figure doesn't include the Senate trial, the tab through December is sharply lower than the one for the impeachment investigation and trial of President Bill Clinton two decades ago. According to CNN, the independent probe into Clinton cost taxpayers $80 million in 1994.

But the first Trump impeachment trial was much longer than the second-- the Senate debated impeaching Trump for two weeks and six days in 2020, but only five days in 2021.

Heightened security around the Capitol in light of the Jan. 6 attack has reportedly cost another $519 million.

Meanwhile, the cost of Trump’s current defense could not be confirmed, but it won’t be paid by tax dollars. Through November 2020, the Republican Party paid $225,000 to the law firms of Jay Sekulow and Jane Raskin since 2017, when they were named to Trump’s legal team.

The RNC is likely to pay the duo through February amid the second impeachment trial, people familiar told The Washington Post.

Because Trump is on trial as a result of his status as an officeholder or candidate, election law allows him to dip into campaign or party funds for his legal bills. “We are more than happy to cover some of the costs of defending the president from this partisan impeachment sham,” said Mike Reed, RNC deputy chief of staff for communications.