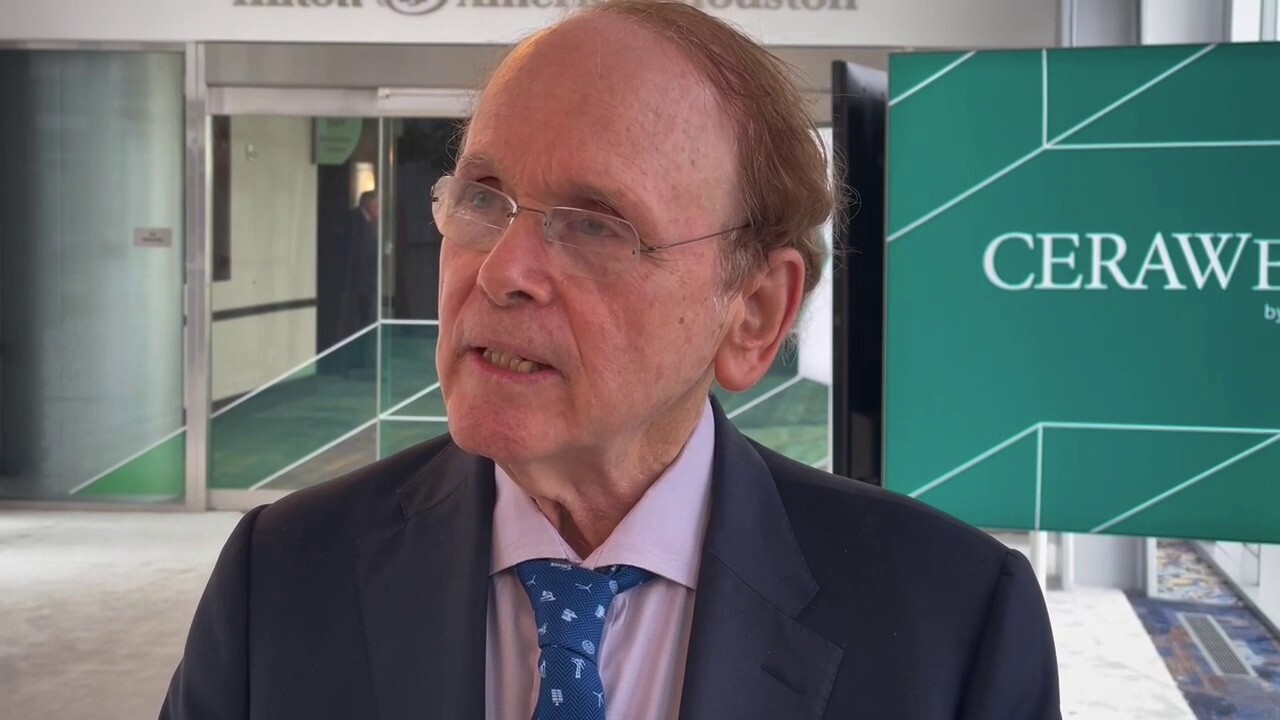 USEA Director Daniel Yergin tells FOX Business the U.S. is in a "formidable" position as an energy producer. Yergin spoke at the CERAWeek conference in Houston.

Gas prices have hit an all-time high amid the deadly Russian war in Ukraine which has been met with swift condemnation and oil boycotts from the U.S., Canada, Australia and European nations – a move that has promised to increase costs at the pump.

White House press secretary Jen Psaki was asked by reporters earlier this month how the administration could counter spiking prices by focusing on domestic production.

President Biden "talked about increasing domestic manufacturing to bring down prices on inflated items like goods.  So why not apply the same logic to energy and increase domestic production here?" Fox News asked.

"There are 9,000 approved oil leases that the oil companies are not tapping into currently. So I would ask them that question," Psaki replied.

But Kathleen Sgamma, President of the Western Energy Alliance – which advocates on behalf of the oil and natural gas industry – pushed back on this and argued drilling was not as simple as obtaining lease approval.

Why aren’t all approved leases being utilized to expand drilling?

The Western Energy Alliance represents 200 oil and gas companies that engage in "exploration and production" of oil, as it notes on its website.

Sgamma noted that legal hurdles are a major hold up in expanding any drilling in the U.S. even if there are readily available leases.

"Many leases are held up in litigation by environmental groups," Sgamma wrote in a March blog post. "Western Energy Alliance is in court defending over 2,200 leases, most of which cannot be developed while those cases wind their way through the courts."

A leasehold must be obtained by the energy company to grant it temporary rights to hold the land where drilling can be explored.

But bans on new federal drilling have created new obstacles for companies attempting to obtain a leasehold.

"Sometimes a new lease is needed to combine with existing leases to make a full unit," Sgamma wrote. "Since the Biden leasing ban remains in effect with no onshore lease sales held since 2020, some leases are held up waiting for new leases or for the government to combine them into a formal unit."

Biden suspended oil and gas leasing upon entering office. Several court orders have resulted in a constant ping pong on whether drilling can take place on federally owned land and water.

A Louisiana judge last summer struck down the administration's moratorium on drilling which forced the White House to continue an existing sale established under the former Trump administration.

But the U.S. Court of Appeals in D.C blocked the auction in February and claimed the administration did not adequately consider climate change during its sale.

The White House has said it will not challenge the court’s ruling.

What does it take to be able to drill?

"Because of the uncertainty of operating on federal lands, companies must build up a sufficient inventory of permits before rigs can be contracted to ensure the permits stay ahead of the rigs," Sgamma explained.

Not only is a federal permit to drill required, but a slew of regulatory practices must be achieved as well.

Rights of way (ROW) grants may also be needed in order to access certain oil and gas systems and environmental analysis under the National Environmental Policy Act (NEPA) must be completed before a lease can be developed, Sgamma explained, noting that both these processes can take years.

It can also be determined that a lease may not be able to be developed if the land lacks sufficient quantities of oil and natural gas – a determination of which can only be made after exploratory work is completed.