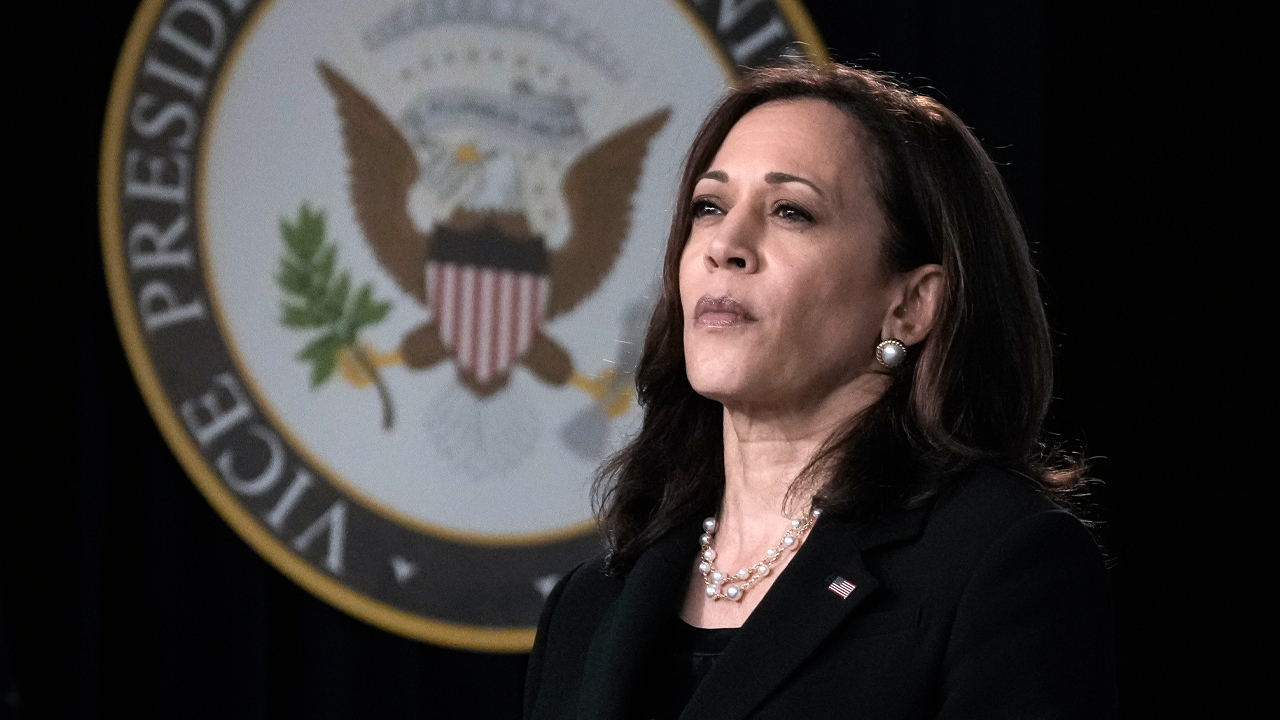 The announcement follows an appeal she made in May for companies to invest in the Central American countries to improve stability and opportunity.

Harris also touched on other measures by which the Biden administration is attempting to address the "root causes" of the flood of migrants to the United States.

"Today we mark an important milestone," Harris said. "Six months ago, we launched a call to action for businesses to invest in Central America. Six months ago, 12 people were around this table. Today, we have 77 partners who are here and virtually here, with 1,300 more businesses, civil society leaders, who are watching this conversation and this convening.

In this May 11, 2017, file photo, members of a design team at Cirque du Soleil demonstrate use of Microsoft's HoloLens device in helping to virtually design a set at the Microsoft Build 2017 developers conference in Seattle. (AP Photo/Elaine Thompson

Regarding the dangerous trek that many migrants must take in their attempt to reach the U.S., Harris said: "Sadly, just last Thursday, in Mexico, more than 60 Guatemalans died. They were in a tractor trailer accident after paying smugglers to take them to the border. And this, of course, underscores the human toll that is associated with that plight."

"As a neighbor in the Western Hemisphere, I believe I think we all know the United States has an important role to play in addressing the root causes of migration. At the same time, our government cannot do its work alone," she added.

The meeting marked the latest from Harris to address the border crisis, which Biden assigned her in March to partially oversee. Her work includes understanding the economic and political forces driving migrants to cross the U.S. southern border illegally.