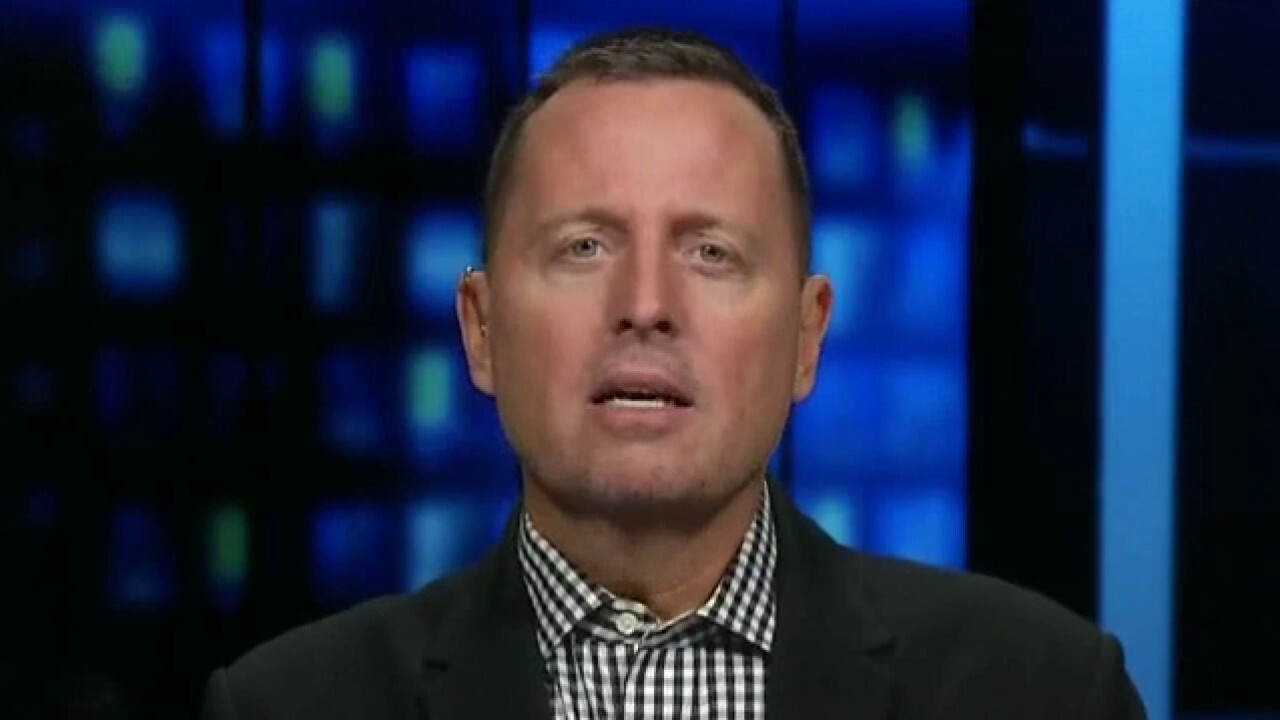 Google, YouTube cracking down on denial of climate change by targeting ads

Former Acting Director of National Intelligence Ric Grenell weighs in on Google's crack down on digital ads promoting false climate change claims, arguing that it is a 'slide toward fascism.'

Google is pursuing a massive cloud-computing contract with the Department of Defense, nearly three years after abandoning a similar bid process in the face of employee protests.

The head of the Alphabet Inc. subsidiary’s cloud division, Thomas Kurian, met this week with Pentagon officials to discuss the bid process for a contract called the Joint Warfighting Cloud Capability, according to people familiar with the meeting.

The three-year contract will be split across multiple bidders. It replaces the 10-year, $10 billion JEDI cloud-computing contract terminated in July, which was planned to consolidate the Pentagon’s patchwork of data systems to give defense personnel better access to real-time information and artificial intelligence capabilities.

The Pentagon said the contract was canceled because of its evolving needs. The project was mired in years of squabbling between Microsoft Corp., which won the bidding, and Amazon.com Inc., which contended the process was politically motivated under the Trump administration.

In conjunction with that contract’s cancellation, officials said they would create a new project that better addressed their needs. Officials expect cloud-industry leaders Amazon and Microsoft to bid on the contract, as well as other qualified bidders such as Oracle Corp. and International Business Machines Corp.

A Google spokesman said the company supports the Pentagon’s plan to diversify the contract by splitting it across multiple cloud providers. He added, "We are firmly committed to serving our public sector customers…and we will evaluate any future bid opportunities accordingly."

A Department of Defense spokesman declined to comment on specific bid interest. The department aims to award the contracts by April.

The meeting this week and Google’s interest was earlier reported by the New York Times.

The Pentagon is seen in this aerial view in Washington, in this March 27, 2008 file photo.

Google’s plan to bid will be a major test of Chief Executive Sundar Pichai’s success in taming what has been an outspoken workforce. In 2018, the company came under fire from employee activists over a Pentagon contract to supply imaging tools used by drones. Several outspoken employees quit.

The company later abandoned the contract and pledged not to allow its artificial-intelligence products to be used in military weapons. It also dropped out of the JEDI bid process.

Hundreds of workers have since joined the Alphabet Workers Union. In the wake of news Wednesday that Google plans to bid on the new Pentagon contracts, the union posted on Twitter: "Workers will fight this—& we will win again."

A latecomer to cloud computing, Google has been eager to gain share of a market dominated by Amazon and Microsoft. The company has increased cloud-computing sales to $13.67 billion through the first three quarters of the year, already eclipsing last year’s total revenue by more than $500 million.

However, its 6% market share lags considerably behind Amazon and Microsoft, which account for 41% and 20% of the market, respectively.

In contesting the JEDI award to Microsoft, Amazon contended in court that then-President Donald Trump exerted improper pressure on the Pentagon to keep the contract from going to Amazon because it was led by founder Jeff Bezos.

At the time, the Trump White House referred questions to the Pentagon, which denied that Mr. Trump or administration officials had any impact on the selection process.