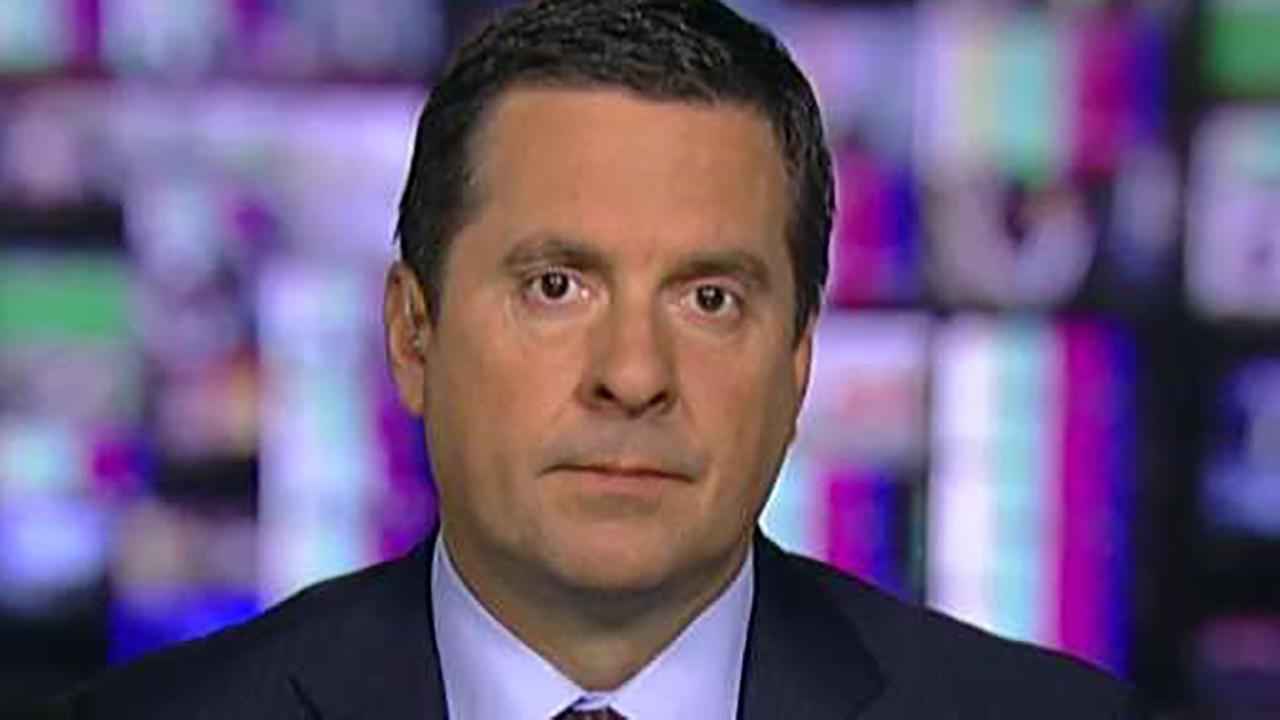 House Intelligence Committee Chairman Devin Nunes said on Sunday the news regarding an FBI informant’s alleged interactions with the Trump campaign was the “mother of all leaks.”

Nunes, R-Calif., didn’t specifically list newspapers, but was likely referring to a story published Friday by the New York Times, which said the FBI sent an informant to meet with Trump campaign advisers George Papadopoulos and Carter Page after the agency received evidence that the two had ties to Russia. The Times described the informant as “an American academic who teaches in Britain,” though the paper said it “typically does not name informants to preserve their safety.”

The Washington Post, also on Friday, reported the informant met with the Trump campaign’s co-chairman Sam Clovis to discuss China. An attorney for Clovis said “Russia never came up,” according to the Post.

The congressman said the committee cannot confirm whether there was an informant – or multiple – due to lack of information and documents related to the matter, noting that they’ve not asked for the name of “any informants or sources whatsoever.”

“If any of that is true – if they ran a spy ring or an informant ring and they were paying people within the Trump campaign – if any of that is true, that is an absolute red line … You can’t do this to political campaigns,” Nunes told Maria Bartiromo during an interview on “Sunday Morning Futures.” “If they didn’t do anything like that, provide us the documents so we can verify it,” he added.

Nunes had subpoenaed the Department of Justice (DOJ) earlier this month, asking the agency to turn over documents related to the source. The agency declined to turn over information, saying the results could put the informant – and their sources – in harm’s way.

President Trump on Saturday called for the “release or review” of the documents that the committee has been requesting.

“If the FBI or DOJ was infiltrating a campaign for the benefit of another campaign, that is a really big deal. Only the release or review of documents that the House Intelligence Committee (also, Senate Judiciary) is asking for can give the conclusive answers. Drain the Swamp!” Trump said in a tweet.

Both Nunes and Rep. Trey Gowdy, R-S.C., who also sits on the Intelligence Committee, were invited by the Justice Department to meet on Friday morning, though neither attended.

“We said, look, unless we’re gonna get documents – we found out Thursday night they’re not going to provide documents – so therefore we’re not going to go. Now, if you look what happened on Friday night – probably the mother of all leaks of all time to two major newspapers that came out late Friday night. Had Mr. Gowdy and I went to that meeting, you can bet they would have tried to pin that on us.”