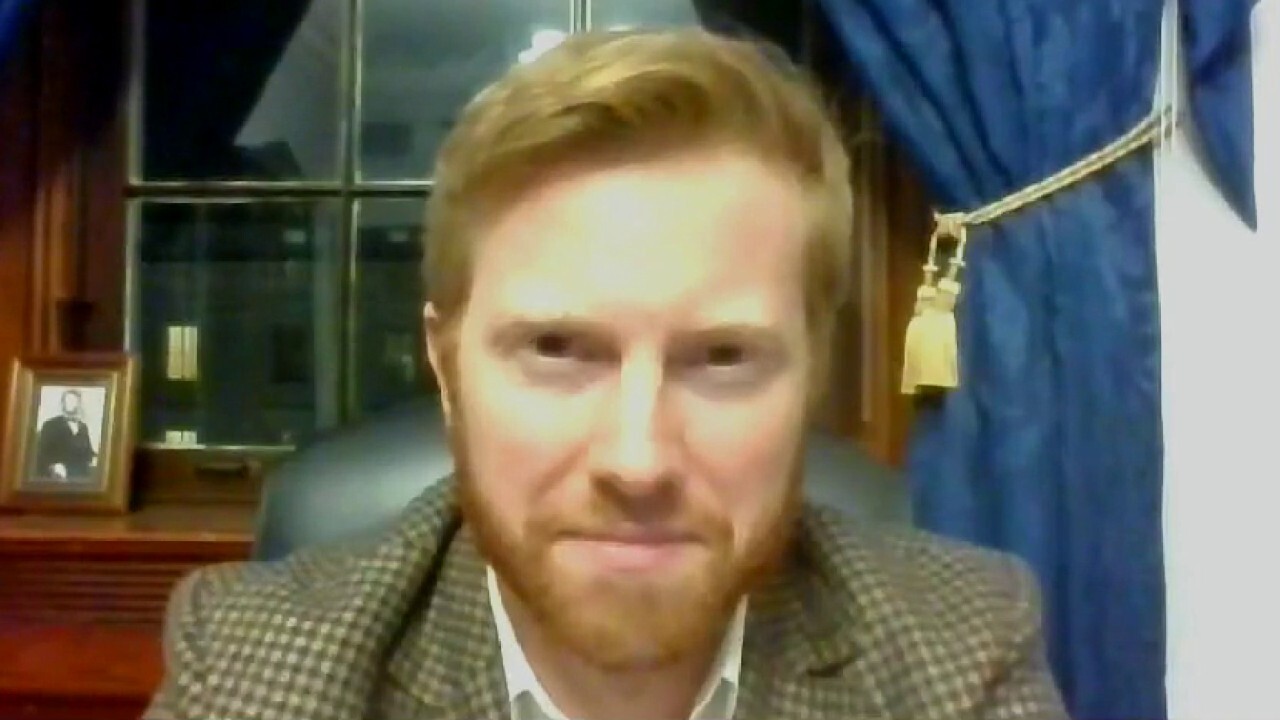 Freshman Michigan Republican discusses how Wednesday's storming of the Capitol reflects on the president.

Expedia Group, which owns Airbnb competitor VRBO, announced early Monday that it is requiring extra screening for those booking travel or lodging on its platforms amid security threats surrounding the presidential inauguration.

Airbnb last week announced that it had canceled, and would refund in full, all Washington, D.C., bookings for inauguration week after thousands of Trump supporters traveled to the nation's capital to participate in a rally perpetuating the president's falsehoods that he won the election.

After the conclusion of Trump's remarks, a mob of supporters then marched across the city to the Capitol where they stormed the building, forcing hundreds of lawmakers and Vice President Mike Pence into hiding. The elected officials were gathered in a joint session to certify President-elect Joe Biden's win.

Expedia Group is not going so far as to cancel all of its reservations, according to a Monday release. But it is instead cross-referencing bookings against extremist watchlists provided by the government and requiring guests to provide extra ID.

"Out of an abundance of caution and in support of local and federal law enforcement initiatives, we have implemented elevated, emergency security procedures across all existing and new lodging and air reservations through Expedia Group and VRBO in and around Washington, D.C. and all U.S. state capitals," the company said.

These actions include "Screening and cross-referencing all lodging and air bookings through January 24, 2021 multiple times a day against local and federal government agency provided lists to ensure those identified as persons who pose a threat to homeland security, including individuals arrested in connection with the Capitol siege, are not booking on our platform."

Expedia Group will also have people renting properties provide identity confirmation via government-issued ID whether or not they are already checked in at their VRBO rental.

AIRBNB WILL BLOCK, CANCEL ALL DC RESERVATIONS DURING INAUGURATION

“While the inciters and attackers bear direct responsibility for the siege on the Capitol and will be held fully accountable, they relied on a range of companies and services to get them there and house them once they arrived—companies that law-abiding Americans use every day, but whose services were hijacked to further the January 6 attacks," Maloney said in the letter.

She added: "Trump supporters chartered scores of buses and vans and drove in caravans to the nation's capital. They stayed in D.C. hotels, with videos showing attackers relaxing in the lobby of one hotel after the insurrection."

Supporters of President Donald Trump climb the west wall of the the U.S. Capitol on Wednesday, Jan. 6, 2021, in Washington. (AP Photo/Jose Luis Magana)

In at least one case, an Airbnb host realized that a guest had stormed the Capitol after the attack happened. New York Magazine reported a host named Paul rented his home to a group of individuals who checked in on Jan. 5 before leaving the rental on Jan. 6 toting a MAGA flag.

Upon their return, according to the publication, the host saw the guests admit to storming the Capitol on a camera he'd installed on the porch.

“We stormed the Capitol, we got inside of it," the guest said.

The host said the guests left the rental spotless and he would have otherwise given them a five-star review, New York Magazine reported. Instead, the host sent the footage to an FBI tipline and Airbnb suspended the guest from its platform "pending a thorough investigation," according to the magazine.

"We apologize that this case was not urgently escalated as it should have been when Paul contacted our Community Support team," an Airbnb spokesperson told FOX Business. "We have now suspended the guest pending a thorough investigation."