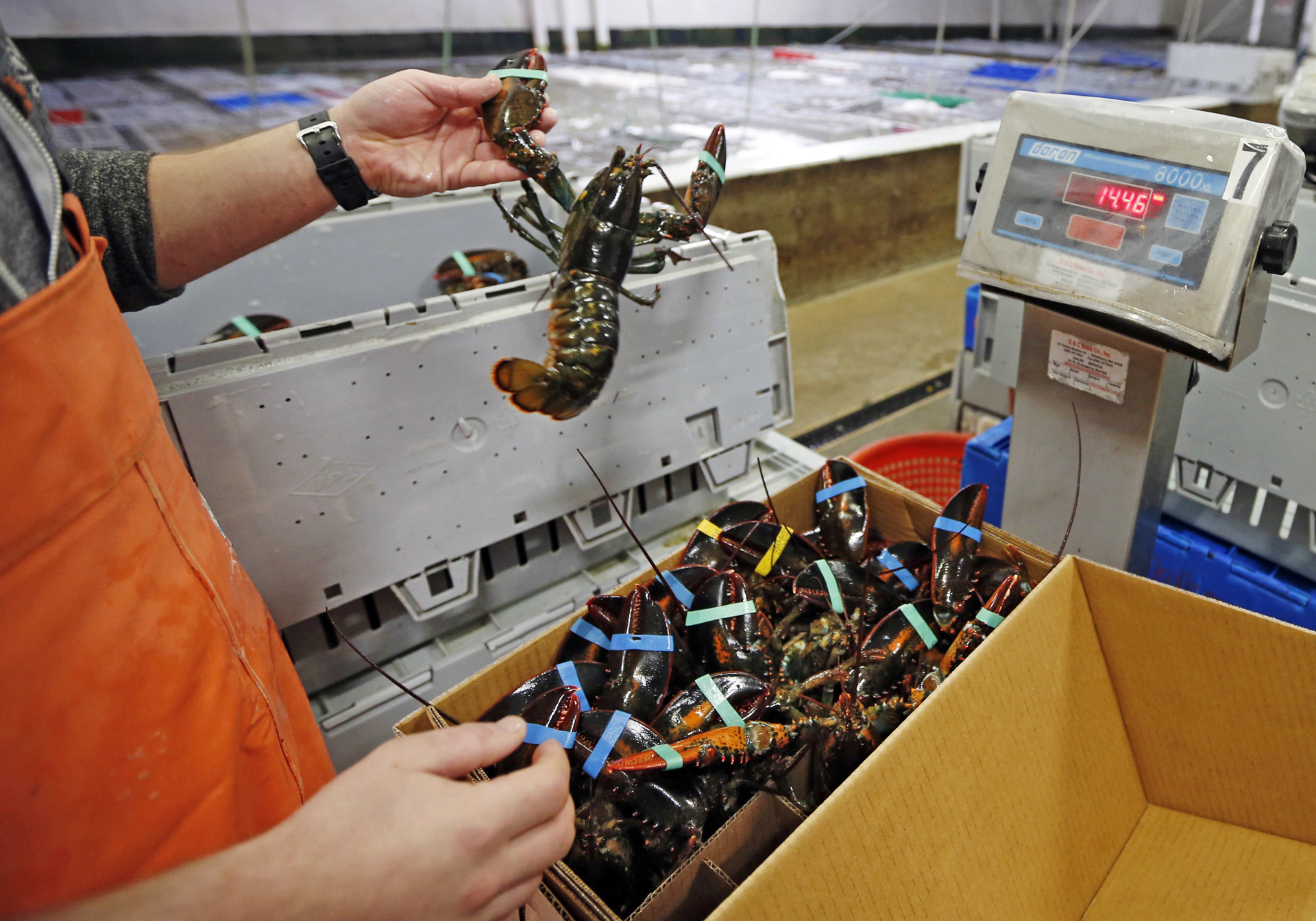 The Trump administration and European Union agreed Friday to a limited tariff rollback, providing relief to American lobster exports and to a range of European items, and providing a boost to strained U.S.-EU trade relations.

The reductions were announced in a joint statement from U.S. Trade Representative Robert Lighthizer and EU Trade Commissioner Phil Hogan. They would be the first negotiated tariff reductions in more than two decades.

“The elimination of the EU tariff on U.S. lobster products is a significant achievement,” said Annie Tselikis, the executive director of the Maine Lobster Dealer’s Association. “The EU was historically an essential market for Maine lobster ... this move levels the playing field for Maine lobster companies and will benefit the entire industry.”

In June, the Trump administration created a payment program to aid the lobster industry, which had also been damaged when China retaliated to U.S. tariffs with tariffs on items including U.S. lobster. Lobster exports have become something of a political hot-button issue because it is an iconic industry in Maine, one of the states the president is targeting in his re-election campaign.

In 2017, the U.S. exported $111 million of lobster to the EU. In exchange for Europe dropping the lobster tariffs, the U.S. agreed to reduce tariffs on $160 million worth of goods from Europe including “certain prepared meals, certain crystal glassware, surface preparations, propellant powders, cigarette lighters and lighter parts.”

In a joint-statement, the trade officials said “as part of improving EU-US relations, this mutually beneficial agreement will bring positive results to the economies of both the United States and the European Union.”

“We intend for this package of tariff reductions to mark just the beginning of a process that will lead to additional agreements that create more free, fair, and reciprocal trans-Atlantic trade,” said Messrs. Lighthizer and Hogan.

For the EU, the agreement offers a sign that Mr. Hogan and the current European Commission, which took office in December, can at least start delivering on promises to de-escalate trade tensions with the U.S. and find “quick wins” on trade—even if it has taken longer than hoped and the wins are modest. Following on the recent U.S. decision not to increase tariffs linked to Airbus, the general European view is that staving off a deterioration in relations is a positive.

The tariff reductions remain modest against the backdrop of the Trump administration’s tariffs against Europe. The U.S. has imposed 25% tariffs on EU steel, 10% tariffs on their aluminum, and an additional $7.5 billion worth of items have seen tariffs as part of a long-running dispute over subsidies of Airbus and Boeing.

The EU has imposed tariffs of its own on $3 billion worth of goods in response to the steel and aluminum tariffs and is awaiting a ruling from the World Trade Organization before imposing its own tariffs in the Airbus-Boeing dispute.

Despite Friday’s announcement, the U.S. continues to threaten further tariffs over proposed European tax schemes that would disproportionately tax American technology companies. The Trump administration has also never formally dropped its threat to impose tariffs on European car imports, saying that imported European automobiles are a threat to national security.

Write to Josh Zumbrun at Josh.Zumbrun@wsj.com and Daniel Michaels at daniel.michaels@wsj.com