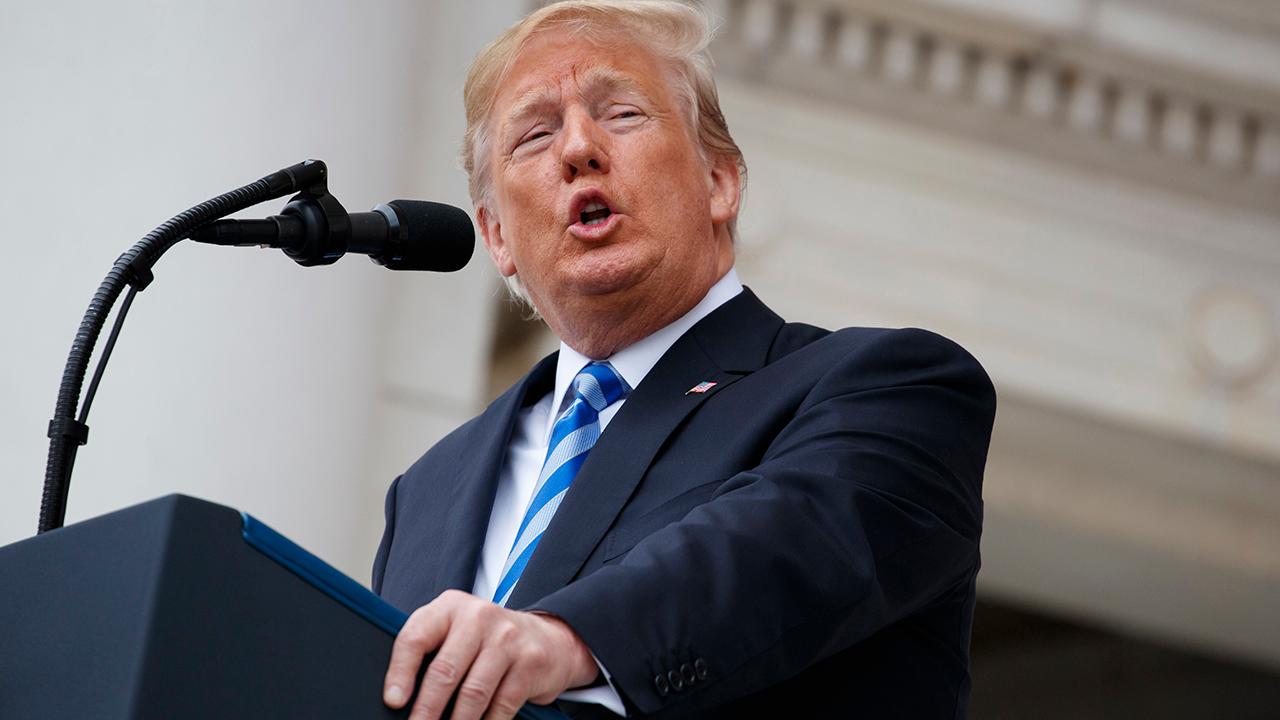 Trump administration is preparing to proceed with tariffs on Chinese goods: report

Rep. Diane Black (R-Tenn.) on the report that the Trump administration is planning to proceed with placing tariffs on Chinese goods.

President Donald Trump approved assessing tariffs on about $50 billion of Chinese goods, said individuals familiar with the decision, as the U.S. ratcheted up its trade fight with Beijing.

The approval followed a White House meeting with senior White House officials and senior representatives of the Treasury and Commerce departments, U.S. Trade Representative's Office and national security officials. It wasn't clear when the tariffs would go into effect. Beijing has made clear that it intends to impose its own tariffs on a corresponding amount of U.S. goods.

On Friday, USTR plans to release the final list of Chinese imports that will be subject to tariffs. The affected products are expected to be similar to a preliminary list that USTR released in early April.

The trade representative office has held public hearings on the list of 1,300 categories of products to see whether duties on any of the goods would unduly harm U.S. consumers and businesses.