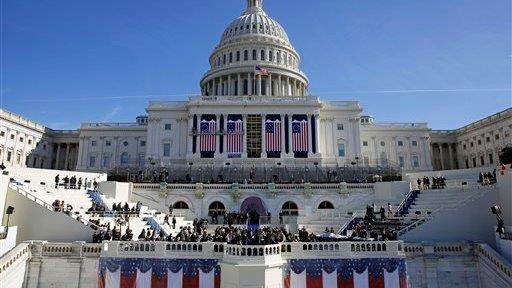 This congressman is boycotting the inauguration

Rep. Mark DeSaulnier (D-Calif.) on his decision to not attend President-elect Trump's inauguration.

Democratic Congressman Mark DeSaulinier says he is skipping the presidential inauguration on Friday, citing President-elect Trump’s behavior as the reason for his planned absence.

“I was hoping he would change and try to unify America. But it’s the way he deals with what I would commonly say ‘decency.’ It has nothing to do with Republican or Democrat, conservative or liberal,” DeSaulinier, a Democrat from California, told the FOX Business Network.

DeSaulinier said he made his decision after Trump’s press conference on Wednesday, when the President-elect made headlines following a dispute with CNN correspondent Jim Acosta.

DeSaulinier did say he is ready to work with the Trump, despite expressing concerns that the President-elect is driving the country “into a constitutional crisis.”

“I haven’t been in Congress long, but I’ve been in politics 26 years. You get up the next day and you work with the people that have been dually elected—that’s part of your job and that’s what I intend to do,” he said.