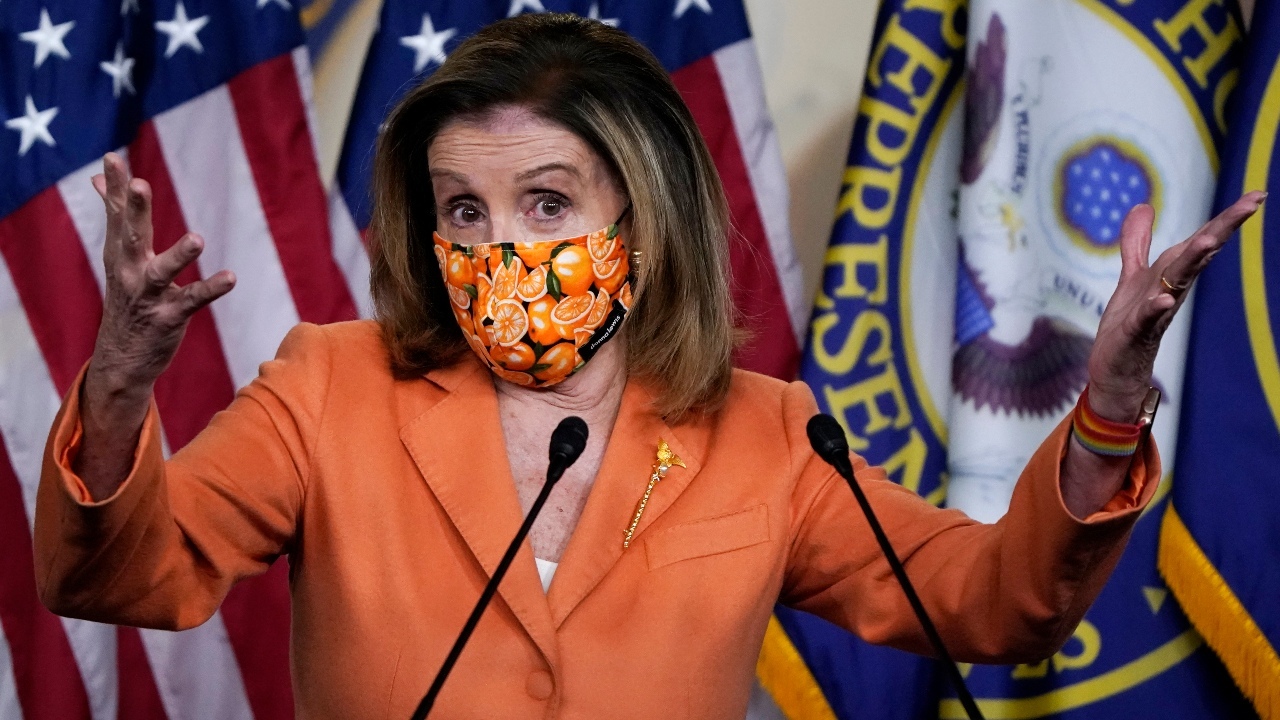 The clock is running out for Democratic leaders and White House officials to strike a coronavirus relief deal after House Speaker Nancy Pelosi set a Tuesday deadline to deliver aid to Americans ahead of the November election.

Although Democrats and Republicans broadly agree that another bill is necessary to aid the economy's recovery, they sharply disagree over the size and scope of it and are billions of dollars apart in their proposals, unable to reconcile key policy differences on issues such as a virus testing plan, aid to state and local governments and tax cuts for low- and middle-income families.

Pelosi spoke with the Trump administration's top negotiator, Treasury Secretary Steven Mnuchin, for about an hour on Monday. Her office said they are continuing to "narrow their differences" and are slated to talk again on Tuesday.

On Tuesday, Pelosi said during an interview with Bloomberg that a bill for a compromise package is being written as she awaits the phone call from Mnuchin, who's currently in the Middle East. She said the Trump administration has agreed to a strategy designed to "crush the virus," and said the two sides are "in range" on health care provisions.

Pelosi described herself as "optimistic," but said it was possible there will not be a deal before Nov. 3.

“It isn’t that this day is the day we would have a deal,” Pelosi said. “It’s a day when we would have our terms on the table to be able to go to the next step. Legislation takes a long time.”

For months, Congress has struggled to reach an agreement on another round of emergency relief for families and businesses — negotiations first collapsed in early August, prompting Trump to sign four executive measures intended to provide relief to families still reeling from the virus-induced crisis, including temporarily extending supplemental jobless aid at $300 a week.

But that aid is beginning to expire, and lifelines that propped up the economy in the early weeks of the pandemic — like the $670 billion Paycheck Protection Program, a one-time $1,200 stimulus check and sweetened unemployment benefits — lapsed months ago.

Trump ended relief talks at the beginning of the month, telling Senate Republicans to instead focus on confirming Judge Amy Coney Barrett to the Supreme Court. However, he quickly reversed course, restarting negotiations and calling for an aid package worth more than $1.8 trillion. On Tuesday, the president indicated that he wanted a package with an even bigger price tag than Democrats' $2.2 trillion offer.

Senate Republicans are set to vote on a $500 billion plan Wednesday that includes another round of funding for a key small business rescue program, money for schools, liability protections for businesses and boosted unemployment benefits. But the legislation stands little chance of advancing: Democrats previously rejected the pared-back proposal.

The White House's latest $1.8 trillion proposal — its largest yet — was panned by both Democrats and Republicans. Pelosi slammed the offer as "inadequate," saying that while the overall spending proposal had increased, it still hadn't met Democrats' demands on virus testing, aid to state and local governments and an expansion of the child tax credit.

At the same time, Republicans balked at another massive spending initiative amid growing concerns about the nation's ballooning deficit, which is projected to hit a record-shattering $3.3 trillion this year, according to the Congressional Budget Office.

Without a deal in place by Tuesday, Pelosi and other Democrats have warned it'll be too late to pass anything by Election Day — and have suggested relief may not come until the new Congress is inaugurated at the end of January.

"People in need can’t wait until February," Rep. Ro Khanna, D-Calif., tweeted last week. "1.8 trillion is significant & more than twice Obama stimulus. It will allow Biden to start with infrastructure. Obama won in 08 by doing the right thing on TARP instead of what was expedient. Make a deal & put the ball in McConnell court."