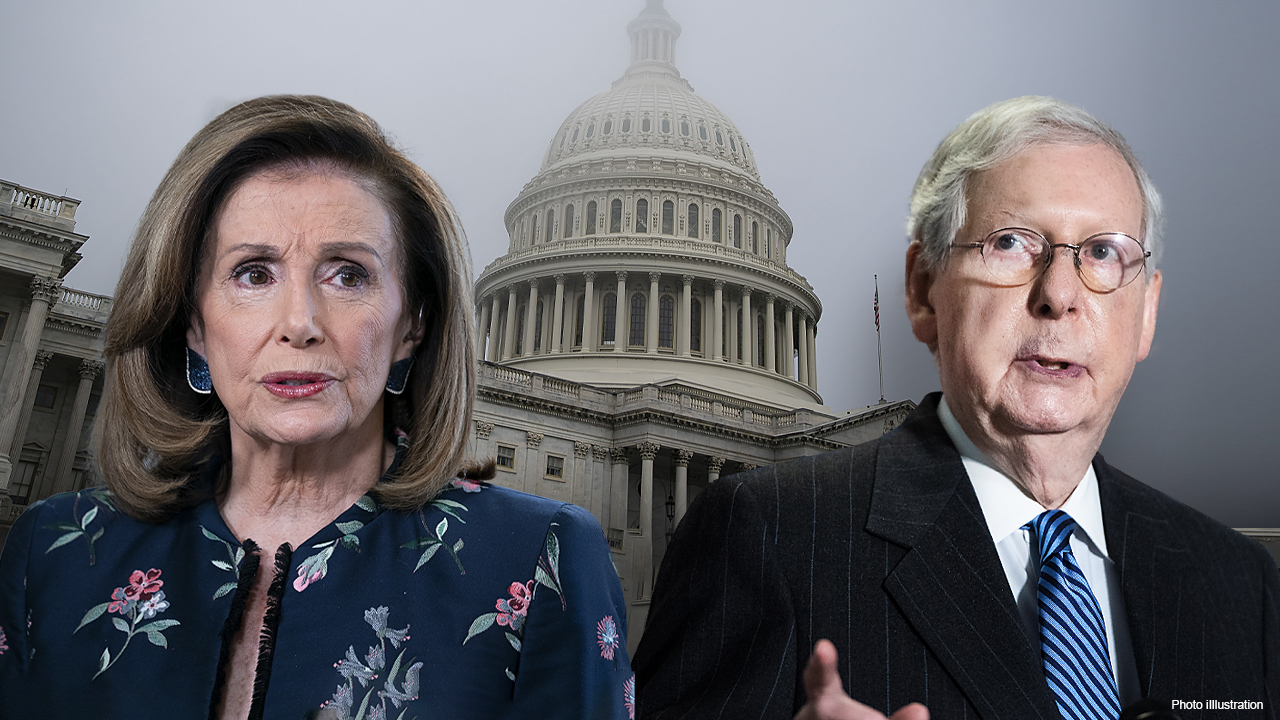 Congressman John Garamendi, D-Calif., discusses surges in coronavirus cases across the U.S., a stimulus deal and a national lockdown.

The clock is running out for Congress to strike a coronavirus relief deal and fund the government before year-end as lawmakers try to work through a laundry list of unfinished business in the lame-duck session.

The House returned to Washington on Monday for the first time since the election and is slated to leave on Dec. 10, giving lawmakers just 14 legislative days to work through their legislative agenda. (Both the Senate and House are scheduled to be out of town next week for Thanksgiving recess).

Perhaps the most pressing item on their to-do list is avoiding a government shutdown, with current funding running out on Dec. 11. Both parties have indicated they want to pass an omnibus spending bill before they adjourn for the year rather than a continuing resolution, which would temporarily extend agencies' spending at current rates.

At the same time, there is broad support among members of both parties to pass another coronavirus relief bill, although they disagree sharply over the size and scope of it.

For months, Congress has struggled to reach an agreement over another round of emergency relief for families and businesses still reeling from the pandemic after they passed the $2.2 trillion CARES Act in March.

Key policy differences, including funding for a virus testing plan, aid to state and local governments and tax cuts for low- and middle-income families, have confounded lawmakers since May, and they remain no less of a challenge in the weeks after Election Day.

House Speaker Nancy Pelosi, who will have to deal with the Democratic Party's loss of at least seven seats in the next Congress, dug her heels in last week on a $2.2 trillion relief bill, pointing to a recent surge in new COVID-19 infections as evidence that a second multitrillion-dollar aid bill was necessary.

“We’re at the same place, even more so with the pandemic,” she told reporters on Thursday, pointing to the single-day record set for coronavirus cases the previous day. “Because look at those numbers."

But in the Senate, Majority Leader Mitch McConnell, R-Ky., has maintained the need for a more targeted $500 billion relief package, citing improvements in the nation's economy including better-than-expected GDP in the third quarter and the declining unemployment rate.

“Our economy is really moving to get back on its feet. That, I think, clearly ought to affect what size of any rescue package we additionally do,” McConnell told reporters in Kentucky last week. “Something smaller, rather than throwing another $3 trillion at this issue, is more appropriate.”

Pelosi and McConnell have yet to hold any new talks on an aid package, according to The Washington Post.

It's also unclear what President Trump's role in negotiations may be. He has refused to concede the election after Fox News and other media outlets projected that Joe Biden had won, and is mounting legal challenges in several states to try to overturn the results.

Over the weekend, Trump did urge lawmakers to pass another round of aid.

“Congress must now do a [COVID-19] Relief Bill,” he tweeted Saturday. “Needs Democrats support. Make it big and focused. Get it done!”