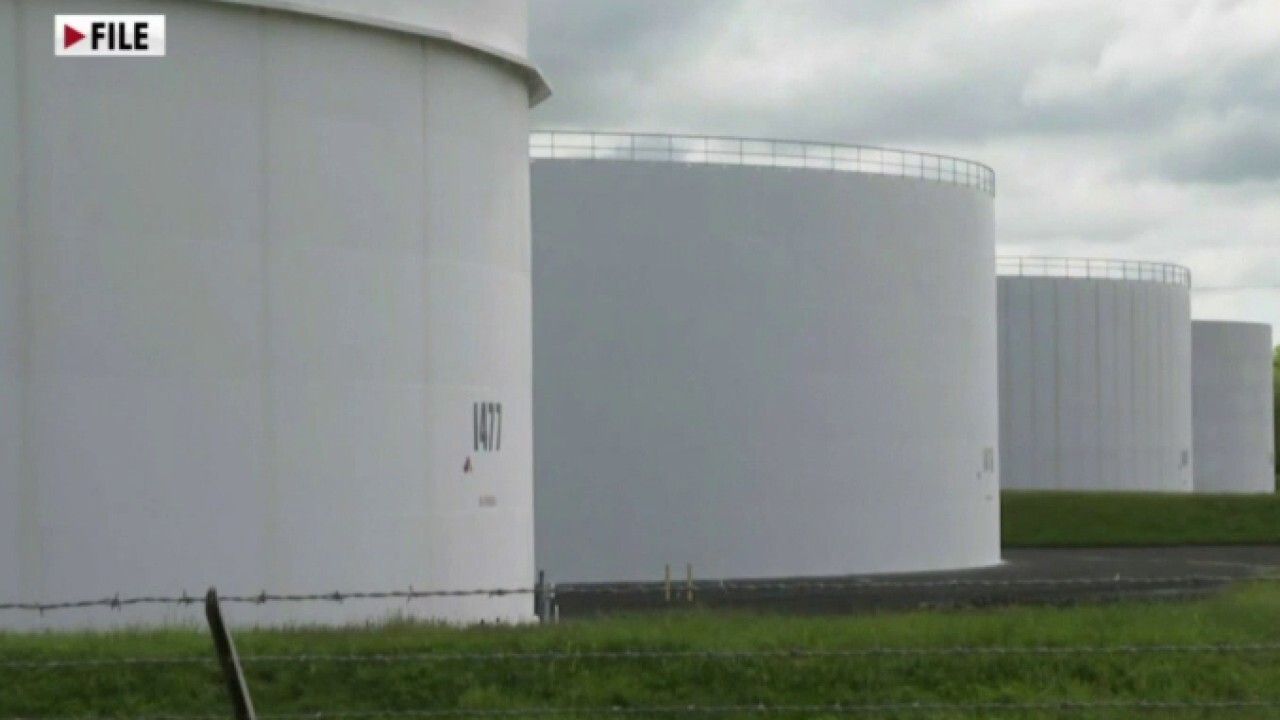 As a major pipeline entered its fifth day of being shut down from a cyberattack, more than 1,000 gas stations reported running out of fuel, prompting government officials to waive environmental rules to expedite the delivery of fuel while assuring the public there was no cause for alarm.

The Colonial Pipeline, the biggest fuel pipeline in the U.S., delivering about 45% of what is consumed on the East Coast, was hit on Friday with a cyberattack by hackers.

A customer pumps gas at Costco, as a worker directs traffic, on Tuesday, May 11, 2021, in Charlotte, N.C. Colonial Pipeline, which delivers about 45% of the fuel consumed on the East Coast, halted operations last week after revealing a cyberattack th (AP )

A large part of the pipeline resumed operations manually late Monday, and Colonial anticipates restarting most of its operations by the end of the week, U.S. Energy Secretary Jennifer Granholm said.

But by Tuesday evening images emerged of long lines of motorists at gas stations in Virginia, Florida, North Carolina and Georgia reminiscent of the Arab Oil Embargo of the early 1970s. S&P's Oil Price Information Service put the number of gas stations encountering shortages at more than 1,000.

A long line of vehicles proceeds towards Costco's gas pumps after a cyberattack crippled the biggest fuel pipeline in the country, run by Colonial Pipeline, in Norfolk, Virginia, U.S. May 11, 2021. (Reuters)

In North Carolina, 8.5% of almost 5,400 stations were out. In Florida, drivers in some areas faced long lines, and 3% of gas stations had run out.

Scattered gas stations in metro Atlanta were out of fuel Monday and Tuesday. In Georgia, nearly 6% of about 6,400 stations had run out of fuel, according to Gasbuddy.com.

Attendants direct cars as they line up to fill their gas tanks at a COSTCO on Tyvola Road in Charlotte, North Carolina on May 11, 2021.  (Getty Images)

There were scattered reports of higher gasoline prices, but prices were rising even before the pipeline incident heading into the busy summer driving season. U.S. Energy Secretary Granholm has warned gas station owners: "We will have no tolerance for price gouging."

Georgia Gov. Brian Kemp, meanwhile, suspended state taxes on motor fuels through Saturday. Georgia collects a gasoline tax of 28.7 cents per gallon and a diesel tax of 32.2 cents per gallon.

ENERGY SECRETARY: WE HAVE GAS SUPPLY ISSUES, NOT A SHORTAGE

"It will probably help level the price at the pump off for a little while," Kemp said.

He urged people not to hoard gasoline, saying he expects the situation to be resolved soon.

Cars line up to fill their gas tanks at a COSTCO at Tyvola Road in Charlotte, North Carolina on May 11, 2021.  (AFP via Getty Images)

"You don't need to go out and fill up every 5-gallon can you've got," the governor said.

Tom Kloza, an analyst with S&P, said a lot of the shortages are happening because gas stations are "selling three or four times as much gasoline that they normally sell in a given day, because people do panic."

"It becomes a self-fulfilling prophecy," he said.

To ease brief shortages, the White House is considering temporarily waiving a law that says ships delivering products between U.S. ports must be built and manned by Americans.

The Transportation Department also is relaxing some workforce requirements and enlisting railroads to deliver fuel inland. The Environmental Protection Agency also lifted some fuel quality requirements on an emergency basis.

The Colonial Pipeline runs from the Texas Gulf Coast to the New York CIty metropolitan area. The states most dependent on the pipeline include Alabama, Georgia, Tennessee and the Carolinas.

U.S. Energy Secretary Granholm said motorists may still feel a crunch late into the week because it takes a few days to ramp up the pipeline’s operations, but there is no reason to hoard gasoline.

"We know that we have gasoline," she said. "We just have to get it to the right places."