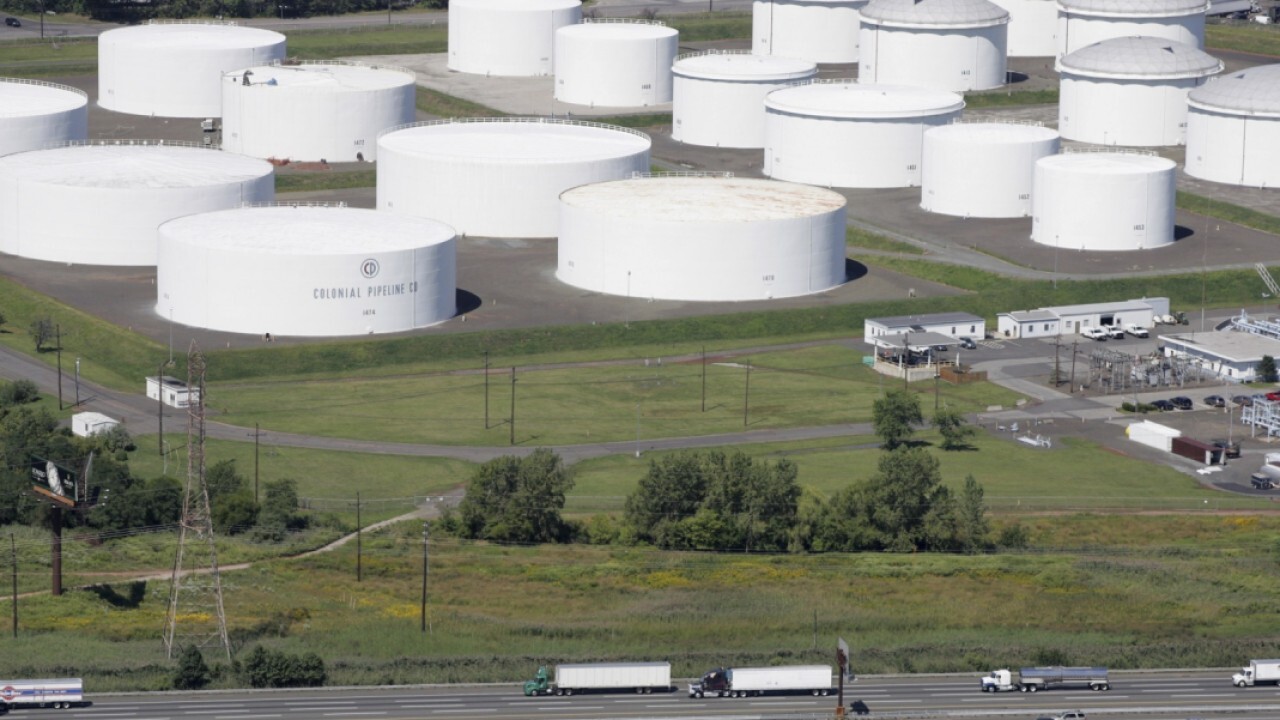 Colonial Pipeline attacker will be tracked down: Former NSA Director

Former NSA Director Keith Alexander weighs in on State of Emergency issued after the Colonial Pipeline shutdown, arguing tensions may elevate between Russia, China and U.S.

The FBI has linked the cyberattack on Colonial Pipeline to a ransomware hacker gang called "DarkSide," as more details about the emergency Friday shutdown continue to emerge.

The initial shutdown came after widespread outages across a pipeline system that carries gasoline from Texas to the Northeast, supplying around 45% of all gas to the region.

Immediate concern lay with the possible damage to computers that manage the network, leading to the immediate network shutdown. The pipeline remains offline as of Monday afternoon, with Colonial saying it aims to have operations back on line by the end of the week.

Experts say the severity depends on whether the ransomware made its way into the company’s operational technology, which interfaces with the pipeline itself. Colonial has not given any public indication as to how severe the hack has been.

Investigators initially suspected ransomware groups, which make malware that allows them to scrape data from a company’s server and hold it hostage for money, usually in digital currency.

By Sunday, reports had turned their attention to one such group called "DarkSide," but it was not until an FBI statement Monday that the group was fully confirmed by authorities as the prime suspect.

The White House has not said if Colonial has paid any ransom over the hacking, and government officials washed their hands of the decision.

White House press secretary Jen Psaki said Monday that Colonial has not asked for federal support and noted the company was working to bring the network back online.

"We recognize that victims face a difficult situation," Psaki told reporters. "They have to balance the cost-benefit. Colonial is a private company and their decision is up to them."

Colonial Pipeline aims to restore operations by end of week

President Biden said that while there is no evidence that Russia is involved in the attack, the malware appeared to originate from within Russia.

DarkSide has notably not attacked companies based in Russia or any former Soviet Bloc nation. The FBI and Department of Justice will continue to investigate the attack.

The longer the network remains deactivated, the more experts and authorities worry that the price of gasoline may start to rise.

The American Automobile Association noted a six-cent price jump on the week to $2.96, and it expects similar or greater increases if the supply issue is not addressed.

"This shutdown will have implications on both gasoline supply and prices, but the impact will vary regionally," AAA spokesperson Jeanette McGee said in a statement. "Areas including Mississippi, Tennessee and the East Coast from Georgia into Delaware are most likely to experience limited fuel availability and price increases, as early as this week. These states may see prices increase 3 to 7 cents this week."

An increase of three more cents would make the national average the most expensive since November 2014, when average gas prices were $2.99 and higher.