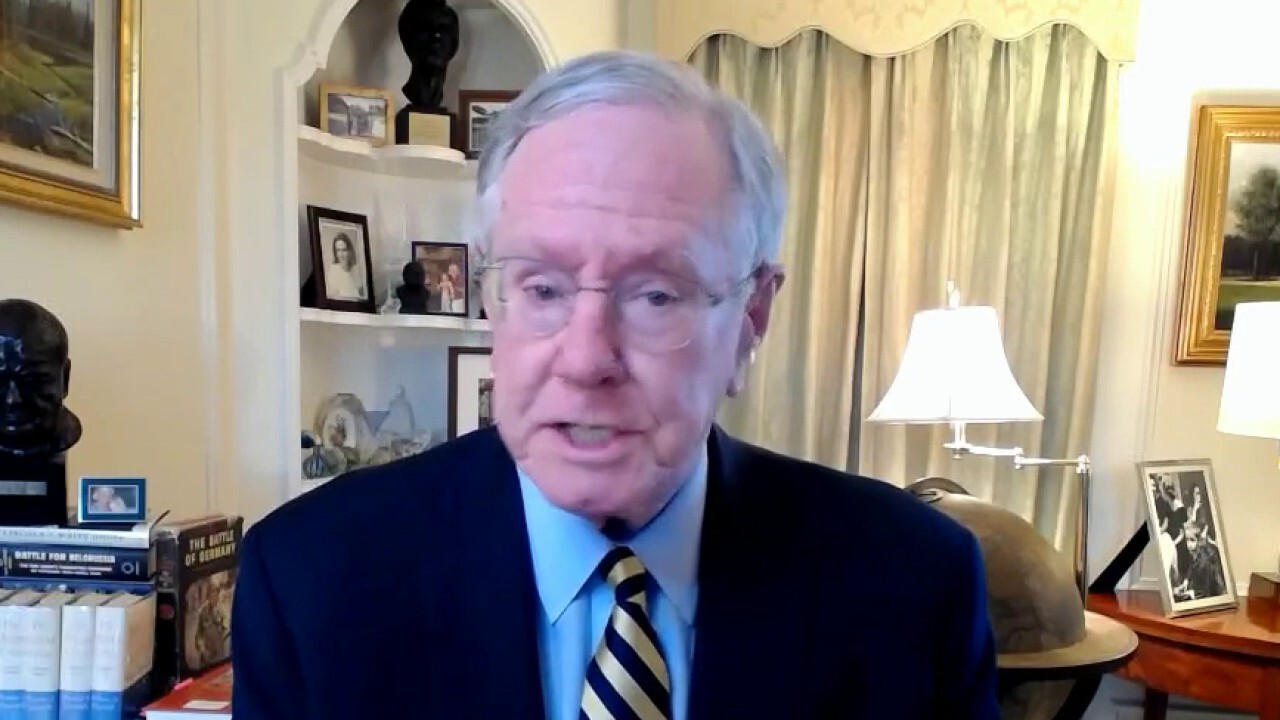 Forbes: Chinese forced labor a losing issue, 'they will back down'

Representatives from several major companies on Tuesday declined to denounce the genocide of the Uyghur people in China when directly asked by Arkansas Republican Sen. Tom Cotton, who said they should be "ashamed of themselves."

Cotton first asked Paul Lalli, global vice president for human rights for The Coca-Cola Company, during a Congressional Executive Commission on China hearing to explain why the company felt comfortable criticizing voting legislation in Georgia but not genocide – as reported by the State Department – in China.

"We’re aware of the reports of the State Department on this issue, as well as other departments of the U.S. government and we respect those reports," Lalli said. "They continue to inform our program, as do reports from civil society."

When pressed on why the company continues act in a sponsorship role for the Beijing Olympics, Lalli noted that it supports and follows the athletes who participate in the Games, without making any determinations on the host city.

The hearing was focused on corporate sponsorship of the Beijing 2022 Olympics.

NIKE IS 'A BRAND OF CHINA AND FOR CHINA,' CEO SAYS DURING EARNINGS CALL

Uighur woman and children sit on a motor-tricycle after school at the Unity New Village in Hotan, in western China's Xinjiang region, in this Sept. 20, 2018 file photo. (AP Photo/Andy Wong) (AP Newsroom)

Cotton also directly asked representatives from Airbnb, Visa, Procter & Gamble and Intel whether they would agree with the federal government’s determinations that China is committing genocide against the Uyghur people.

Most of the reps said it was not their position to address those issues and deferred to the federal government.

Steven Rodgers, the executive vice president and general counsel at Intel Corporation, said the company does not do – and has not done – business in the Xinjiang province.

"I’ve read the State Department report, I’ve studied it and I believe its conclusions," Rodgers said. He was the only company representative present who satisfied Cotton's inquiry.

In a statement provided to FOX Business after the hearing on Tuesday, Cotton said the companies' refusal to condemn China’s actions against the Uyghurs was disgraceful.

"Coca-Cola, Airbnb, Proctor & Gamble, and Visa should be ashamed of themselves," Cotton said. "The companies’ refusal to condemn the Chinese Communist Party for genocide in Xinjiang is pathetic and disgraceful."

Cotton alleged during the hearing that the representatives had refused to say one word that would jeopardize any of their market share inside of mainland China. He also said he believed they were sent to Capitol Hill with orders not to offend the Chinese Communist Party.

A spokesperson for Coca-Cola declined FOX Business’ request to comment beyond what was offered in the hearing.

A spokesperson for Visa said the foundation of its sponsorship of the Olympics has always been to support the incredible athletes.

A spokesperson for P&G did not return FOX Business' request for comment.

The Uyghur people are a Muslim minority group, who, along with other ethnic minorities, China’s communist government has been accused of ushering to concentration camps where they are subject to forced labor and other human rights abuses.

At the end of March, the Biden administration declared China's actions in the Xinjiang province as genocide.

Former Secretary of State Mike Pompeo made the same determination during the very end of his tenure under former President Trump.

Many companies have come under fire and have had to make it clear whether they have ties to the Xinjiang Province, which is a major supplier of cotton and other textiles.

Nike, for example, was criticized in China for a comment it made raising concerns about forced labor practices in the Xinjiang Uyghur Autonomous Region (XUAR). It reassured customers that it does not source textiles or products from the region, like cotton.

The Chinese government has characterized companies' decisions to avoid using cotton sourced from the region as an effort to undermine its economy.