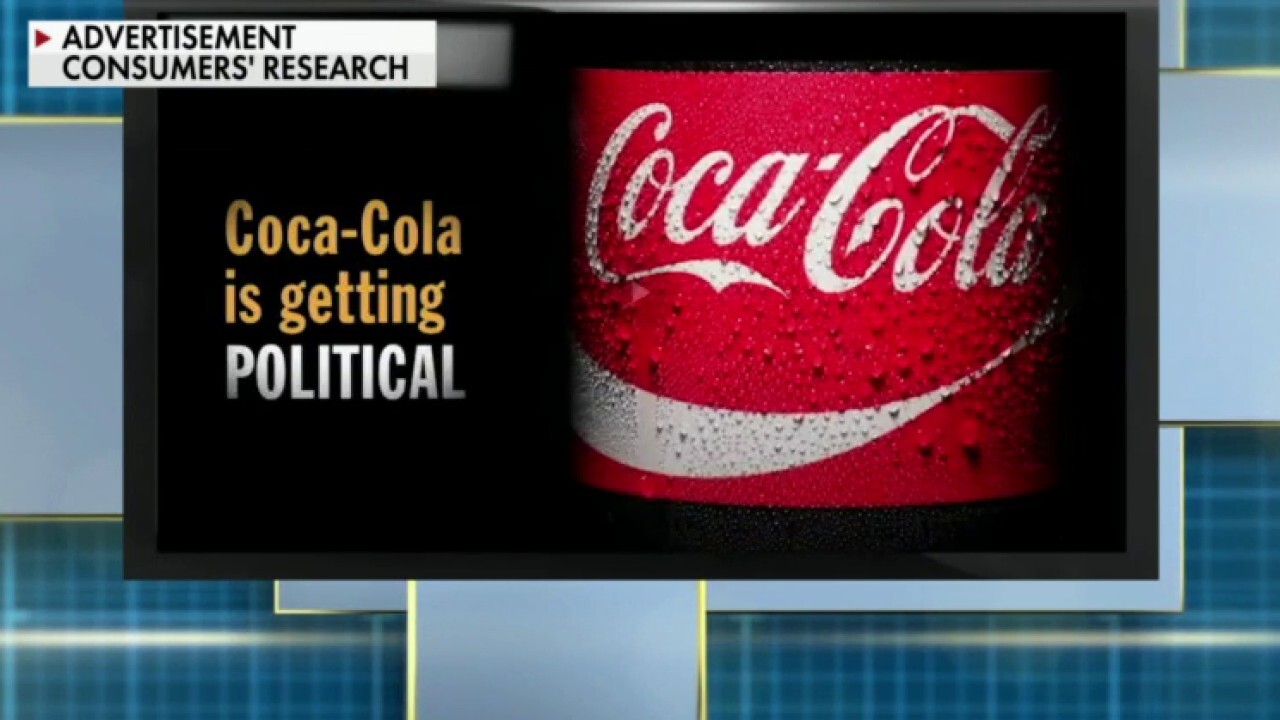 Consumers' Research executive director Will Hild explains how the organization is calling out 'woke' companies in a new initiative.

The world’s largest money manager is getting put on blast for being too woke.

Consumers’ Research, the nation’s oldest consumer protection agency, is throwing a million dollars at a new national ad campaign that hammers BlackRock for what it calls the money manager’s "shady ties" to the Chinese Communist Party and its CEO Larry Fink’s hypocritical woke virtue signaling.

Consumers’ Research tells Fox Business it will soon be releasing information it has compiled on BlackRock's business dealings with future ads, zeroing in on Larry Fink specifically.

As Fox Business has previously reported, BlackRock is the industry leader in environmental and social governance (ESG) investing. ESG is a measure of a company’s adherence to social and environmental factors that socially conscious investors, such as BlackRock, use to screen for potential investments.

In fact, Fink has previously warned companies in which BlackRock invests to either adopt ESG standards or face pressure in so-called proxy battles, during which investors vote on corporate governance issues.

Consumers’ Research says that Fink is acting on a double standard, holding U.S. companies to high environmental and social standards but failing to do so with Chinese companies his firm invests in.

According to SEC filings, BlackRock holds investments in two Chinese surveillance companies that have been blacklisted from U.S. exchanges for their involvement in human rights abuses.

One is Hikvision, in which BlackRock holds a $15 million stake, and the other is IFlyTek, in which BlackRock has a much smaller investment. Both companies were barred from doing business in the U.S. by President Trump due to their alleged involvement in the oppression of the Uighur population in Xinjiang.

"BlackRock is funneling American dollars to China while cozying up to woke politicians to try and hide their involvement from the public," says Consumers’ Research Executive Director William Hild.

But BlackRock argues that the beef with Consumers’ Research goes beyond its involvement with China.

"As a fiduciary to our clients, BlackRock focuses on matters like diversity in the boardroom and climate risk because we believe these are material issues that can affect the long-term value of our clients' investments," said a BlackRock spokesperson. "Those are the issues the funders and leaders of this campaign do not appear to agree with."

Consumers’ Research is set to release further research on Fink and BlackRock in the coming weeks.

Since its release on Wednesday, the ad has received more than 160,000 views on Twitter and was shared by Republican Sen. Tom Cotton of Arkansas, a vocal critic of China.

This is not the first foray into taking on large U.S. companies for Consumers’ Research. In May, the organization targeted the CEOs of American Airlines, Coca-Cola and Nike for being too woke. In July, the group took aim at Major League Baseball and Ticketmaster for, it claimed, putting politics ahead of fans and customers when they pushed back against Georgia for changing its voting laws.