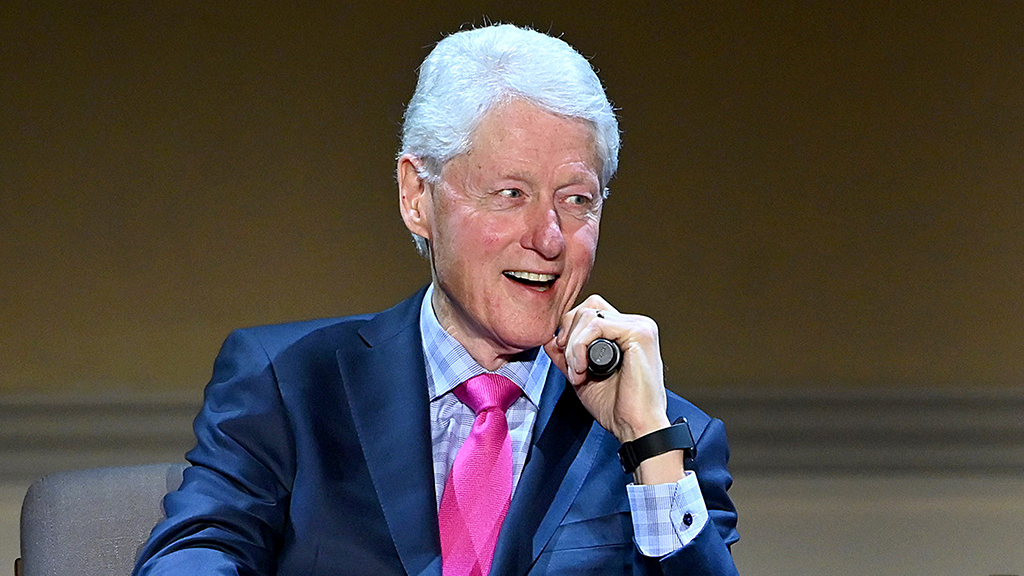 Former President Bill Clinton will launch a podcast with iHeart Media in early 2021.

“The podcast is inspired by President Clinton’s belief that the purpose of his work in public service is to give people the opportunity to live their best life story,”  Craig Minassian, chief communications and marketing officer for the Clinton Foundation, told Deadline.

“The show will be built on his gift for storytelling, his ability to explain complex issues in a relatable way and showcase his wide-range of interests and well-known intellectual curiosity through conversations about the ideas and events that continue to shape his work and our world,” Minassian continued.

The iHeart Media stock received a modest boost Tuesday after the news was announced.

The podcast will build on one he hosted last year for the Clinton Foundation. It will be distributed via the iHeartPodcast Network.

Former President Bill Clinton is seen onstage at an event in New York City on February 29, 2020. (Photo by Noam Galai/Getty Images for HISTORY)

The previous podcast, Why Am I Telling You This, featured Chelsea Clinton as a co-host and a number of high-profile guests, including Supreme Court Justice Ruth Bader Ginsberg, former U.S. Surgeon General Dr. Vivek Murthy and NCAA Women’s Basketball Championship coach Dawn Staley.

Hillary Clinton is also planning her own podcast with iHeart, which is expected to launch this year.

Though his wife has maintained her seat in the limelight, Bill Clinton has kept a lower profile.

Clinton did reemerge for a speech at the Democratic Convention. Though the former president has enjoyed high-profile addresses at every convention since 1988, this time, he spoke for less than five minutes.