Sen. Marco Rubio, R-Fla., argued on Wednesday that President Biden's rhetoric is driving the “crisis” at the southern border.

He also argued on “Mornings with Maria” that “hypocrisy and incompetence” are on “full display” with the Biden administration.

PSAKI: BORDER INFLUX 'NOT A CRISIS,' BUT A 'CIRCUMSTANCE'

Rubio made the comments one day after Mexican President Andres Manuel Lopez Obrador asserted that the Biden administration’s immigration policies have contributed to a surge of migrants that has overwhelmed facilities at the southern border in recent weeks.

President Biden reversed several Trump-era immigration measures, loosening restrictions for asylum claimants and ending a policy that required migrants to remain in Mexico while making their case to enter the United States. Lopez Obrador said the changes prompted migrants fleeing harsh conditions in Central America to risk the journey to the border.

"Expectations were created that with the Government of President Biden there would be a better treatment of migrants," Lopez Obrador said at a press conference. "And this has caused Central American migrants, and also from our country, wanting to cross the border thinking that it is easier to do so." The Biden administration has resisted calls from GOP lawmakers in recent weeks to declare a crisis at the border and tighten immigration restrictions in response to the surge. More than 15,000 unaccompanied migrant minors are in custody at federal facilities, according to CBS News.

On Tuesday, Pentagon chief spokesman John Kirby said the Pentagon has received a request for assistance from the Department of Health and Human Services to house migrant children at Fort Bliss and Joint Base San Antonio in Texas.

Kirby declined to say how many migrant children could be housed at the two locations. Fort Bliss, located in El Paso near the U.S. southern border, is the second-largest base by area in the United States.

Rubio, a member of the Intelligence and Foreign Relations Committees, told host Maria Bartiromo on Wednesday that “we are seeing the real-life consequences of campaign rhetoric and first-day policies of the new administration.” 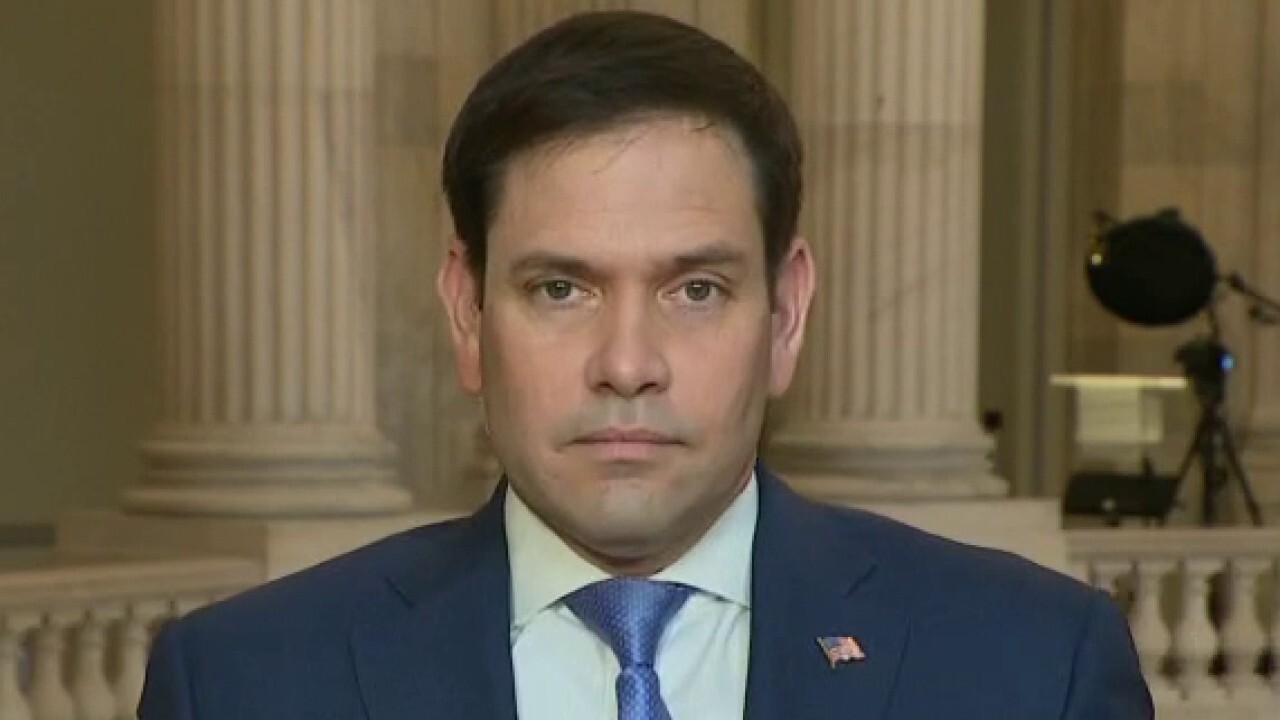 “The message was pretty clear and that is that both as a candidate and in the early days in office during the transition period it is going to be easier and more welcoming for people to come into the United States even if they do so illegally,” he added. “And that message went out loud and clear.”

“It was perceived by people that way and it’s driving this crisis,” he went on to say, warning that the situation at the border is “going to continue to get worse.”

He also pointed out what he called “hypocrisy.”

“The same people who demanded access to the facilities, who called it children in cages, who were hosting vigils and protests, now they’re sort of silent about it,” Rubio said.

“I don’t see some of these leading figures on the left out there holding vigils and protests against the administration for doing the exact same thing, in many cases worse, than what they accused the Trump administration of so hypocrisy and incompetence both in full display.”

Rubio also stressed on Wednesday that the Biden administration came into office and decided “whatever Donald Trump is for, we’re going to reverse it, we’re going to be against it without even looking at whether it makes common sense or not and the result is almost immediate.”

“The answer to a lot of these problems is going to be to go back to the Trump policies, but, of course, politically that becomes untenable for them [the Biden administration] to do so,” he continued, adding that “they’re in a trap of their own making.”