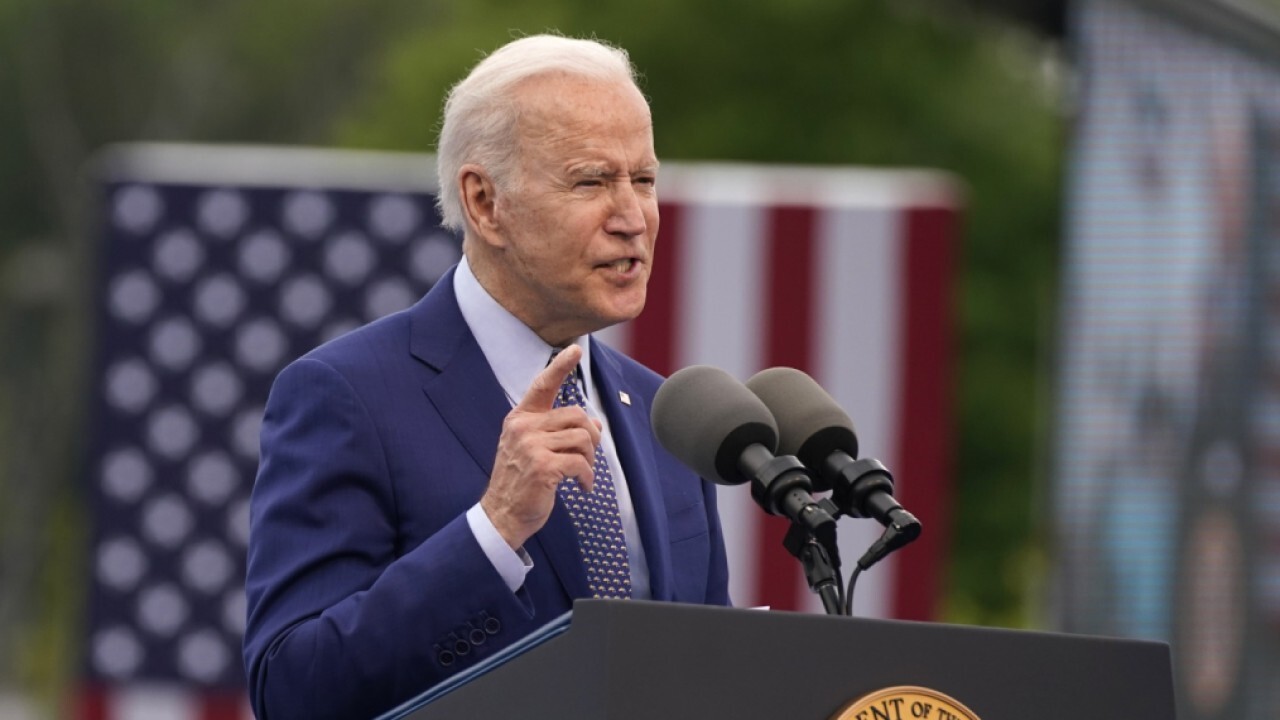 MONICA CROWLEY: We're already talking about $6 trillion in new spending… This is on top of $4 trillion being spent every year in the annual federal budget. So this year we're looking at about $10 trillion total -- completely unprecedented, except for wartime. Now they need to pay for it somehow. And they're looking at these massive tax increases which are going to kill job creation and crush this robust recovery that we're experiencing, which is actually the Trump recovery because of all of the pro-growth, pro-worker economic policies that President Trump and his administration put into place. They're still there and they are contributing to this very dynamic recovery. So if President Biden and congressional Democrats throw those policies into reverse, you're going to suffocate this recovery and it's going to have the most dramatic impact on the forgotten man and woman, the little guy, all of whom benefited directly by President Trump's pro-growth policies.

Democrats have a long history of saying that they simply want to target the rich or soak the rich, go after large corporations to make them pay their fair share. And in the end, they end up going to where the real money is, which is the middle class and small businesses, all of whom are driving this robust recovery. So I think, in the end, you're going to see tax hikes that either directly or indirectly effect every American, either by direct tax hikes, meaning less money in your business or keep it going, or indirectly through slowing job creation, lower wages and... I think an overall bending of the economic trajectory down. And that would be a real shame, because for decades, President Biden and the congressional Democrats and frankly, all Democrats have given lip service to reducing income inequality, reducing poverty, reducing unemployment. And yet in four short years, due to those pro-growth economic policies, President Trump actually delivered those things. And it would be beyond tragic if President Biden and the Democrats actually turn out to harm the very folks that they claim to want to help.

Republicans should be making that argument in any event, Brian. But when it comes to infrastructure, there actually is bipartisan support for that. President Trump supported it as well. The problem is that what the Democrats are proposing, like they proposed with the so-called COVID relief bill and what they're proposing with other multitrillion-dollar packages is that they are rebranding their long leftist wish lists as infrastructure, as COVID relief, trying to pull the wool over the American people's eyes. We are in this robust Trump recovery. So the necessity for these kinds of massive spending packages to stimulate the economy is just not there. The way you stimulate the economy is to truly open the economy and keep President Trump's pro-growth, pro-worker policies in place.