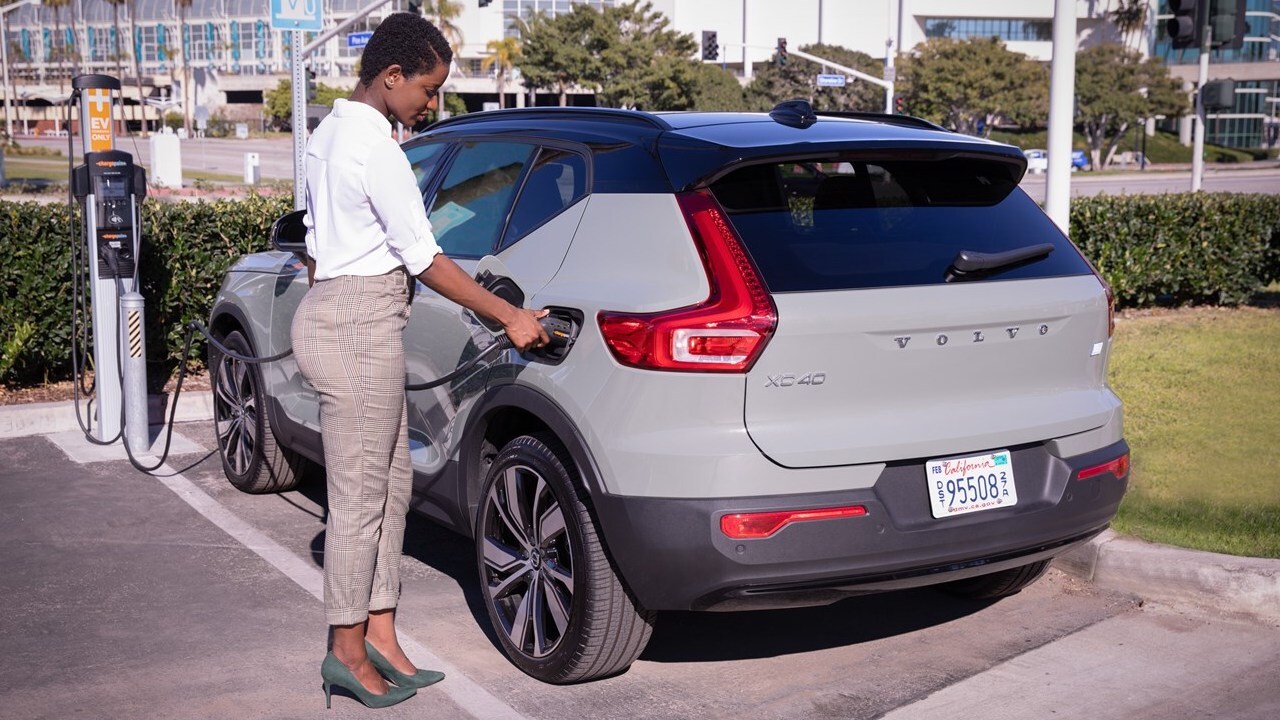 President Biden wants to convert American motorists to electric cars as a linchpin of his plan to address climate change. Success heavily depends on factors outside his control.

The executive order that Mr. Biden signed Thursday—calling on sales of electric, fuel-cell and plug-in hybrids to account for 50% of car and light truck sales by 2030—has no binding authority.

Auto makers say they could meet a target of somewhere between 40% and 50% of sales, but only if Congress spends billions of dollars to build out a network of EV charging stations and provides tax incentives to consumers, among other measures.

Beyond that, consumers must buy in. EVs currently account for about 3% of sales, reflecting in part generally higher upfront costs and limits on their range.

"Possibly the biggest hurdle ahead is consumer acceptance," said Jessica Caldwell, an analyst at auto-data firm Edmunds. "What will it take for Americans to be willing to change their car ownership habits to go electric?"

Supporters of Mr. Biden’s plan acknowledge the magnitude of the task ahead but insist the goal is achievable.

Tax incentives can help bridge the price difference between gasoline and electric vehicles at the dealership, these people say. Once purchased, electric vehicles offer continued savings in fuel and maintenance costs compared with gas vehicles, and often a better ride.

A bigger national network of charging stations is also seen as key to alleviating fears of range anxiety, or running out of charge on the highway.

Providing those solutions will require balancing a long list of interests, from industry, political parties, unions, environmentalists, regulators and local governments, among others.

"That’s a Rubik’s cube of complexity," said Larry Burns, a former GM executive and adviser to Alphabet Inc.’s self-driving affiliate Waymo. "And this scale is massive. So we have to have collective will to make this happen."

But Mr. Burns and others say the industry is ready to make the transition, spurred by government and international competition.

Mr. Biden has made transportation a central part of his agenda on climate change. The sector is the country’s top source of greenhouse-gas emissions, contributing more than a quarter of the country’s planet-warming gases. And China has become a world leader in batteries and electric vehicles, a long-term threat to U.S. manufacturing.

Mr. Biden’s most immediate impact will be through using the authority he does have at the Environmental Protection Agency. It is proposing new rules that would require auto makers to raise average fleetwide fuel efficiency to the equivalent of 52 miles per gallon by the 2026 model year, using an industry measure that takes both fuel efficiency and emissions reductions into account.

That compares with the current requirement of 43.3 mpg for that model year under rules set last year by the Trump administration.

Under the agency’s proposal, which is now subject to a public-comment period, auto makers would be allowed some increased flexibility to comply by using credits they banked in past years when they surpassed their sales goals under the fuel-efficiency requirements. 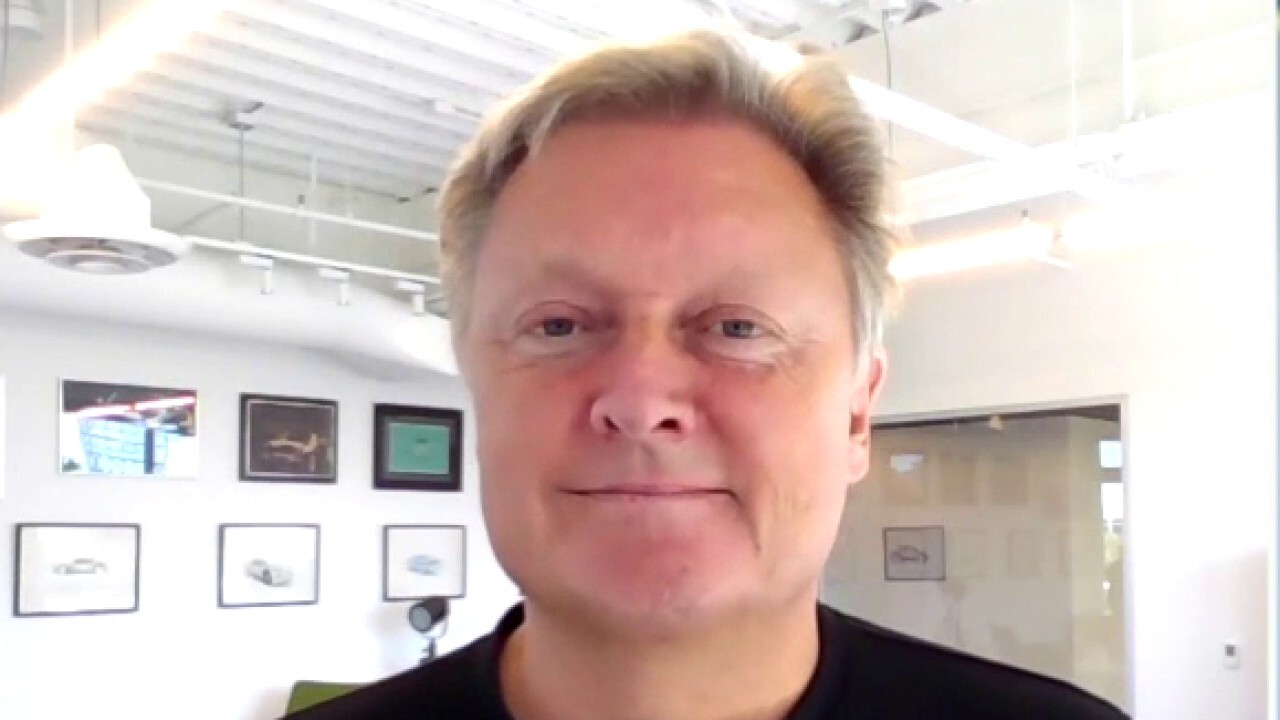 Henrik Fisker, the founder and CEO of electric car maker Fisker, says his company won’t accept cryptocurrency due to environmental concerns, adding that he is ‘open to’ accepting digital currency if it’s’ sustainable.’

That is likely to spur opposition from the left, with some environmentalists already saying the president is caving in to the auto industry. The EPA’s proposal would produce just 75% of efficiency gains that would have come from the original Obama-era rules, according to an analysis from Consumer Reports Inc., a nonprofit membership organization known for its product reviews.

"There’s no doubt [the EPA proposal] is a big improvement over where we were," said David Friedman, Consumer Reports’ vice president of advocacy. "But it doesn’t go as far as our technology can go, and both where consumers and the climate need us to go."

And the regulations themselves aren’t set in stone, said Mary Nichols, a former chairwoman of the California Air Resources Board and a pioneer of fuel-economy regulation.

"An administration that is determined to dismantle them can quickly shift course," Ms. Nichols said.

That makes Mr. Biden’s deal making with the auto makers important as an attempt to bulletproof his plan for the auto industry. The former GM executive Mr. Burns and other industry experts note that the major auto makers are already spending big to transform themselves, a major reason Mr. Biden’s plan might succeed.

But it faces risks, too. Because it is voluntary, auto makers could still backtrack on their commitments, as they have done before. Congress has taken some of the tax credits and spending that the industry says it needs out of a pending bipartisan infrastructure package, leaving it for Democrats to consider for another spending bill that faces high hurdles to passage.

There has been pushback from auto dealers fearful of the loss of lucrative maintenance work on traditional engines.

Unions are fearful of job losses if the transition moves too quickly.

Mr. Biden voiced his support for union workers throughout an event at the White House on Thursday where he signed the executive order, with executives from Ford Motor Co. , General Motors Co. and Stellantis NV (formerly Fiat Chrysler)—all union shops—looking on.

The White House left out foreign auto makers, including Toyota Motor Corp. or Hyundai Motor Co. , whose U.S. workforces aren’t union-represented, as well as Tesla Inc., the company that has led the way in building a market for EVs.

The exclusion led to a rebuke from the American International Automobile Dealers Association, which noted that any policies that "prioritize some American auto workers above others…politicize what should be a shared mission," making reaching the EV sales target more difficult.

Bob Lutz, a former senior executive at Ford, Chrysler, BMW and GM, where he was vice chairman, said Mr. Biden has now put himself at the center of what could be a messy transition process, one that will upend the status quo as auto manufacturing shifts to EV technology.

"There is going to be a massive dislocation," especially for workers, Mr. Lutz said. "He has to navigate through it and enforce the compromise. If everybody is a little unhappy but willing to accept it, that’s what he’s shooting for."