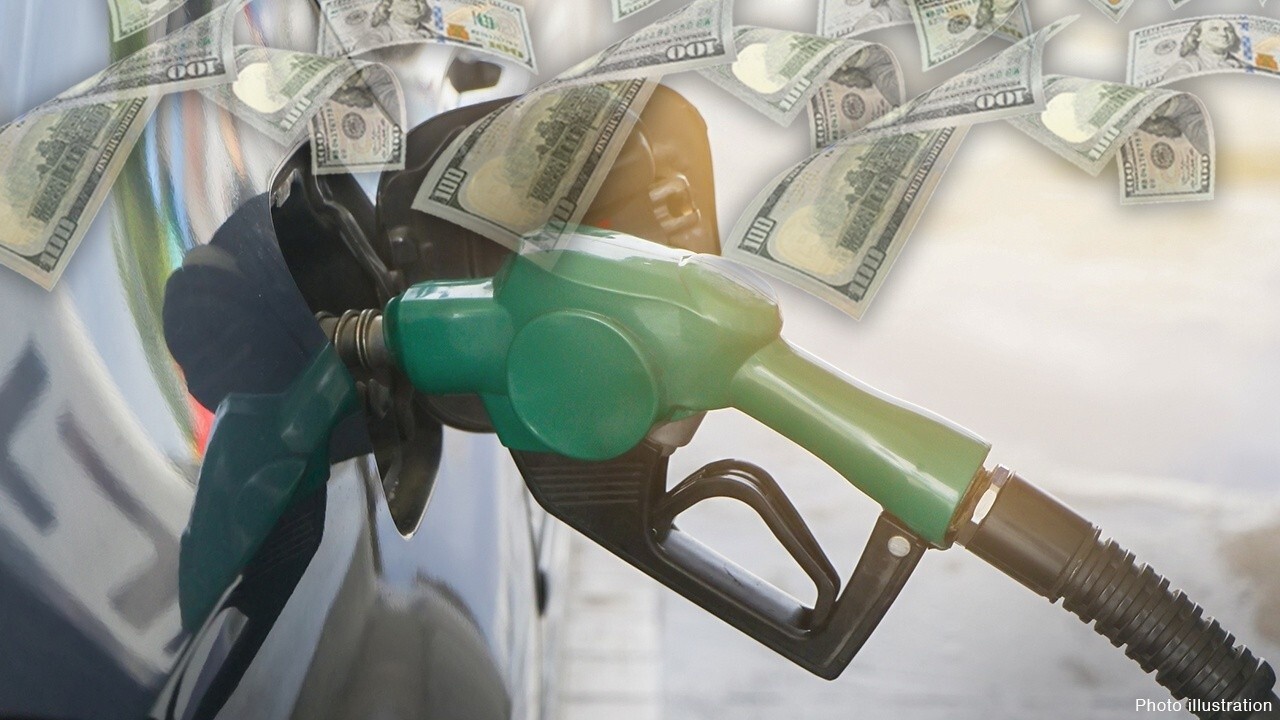 A number of critics, including the U.S. Chamber of Commerce and former President Trump, opposed President Biden's decision to tap into the Department of Energy's Strategic Petroleum Reserve, slamming the Biden administration for "ineffectual band aids" that will not replace domestic production.

Biden, on Tuesday morning, said the Department of Energy will release 50 million barrels of oil held in the U.S. Strategic Petroleum Reserve, as Americans pay more for gas now than they have in years.

"America's real strategic petroleum reserve is in places like the Permian Basin and the Gulf of Mexico. The Department of Energy's reserve should only be used for supply disruptions," Christopher Guith, senior vice president of the Chamber of Commerce's Global Energy Institute, said in a statement Tuesday.

"Instead of ineffectual band aids, the White House should focus on policies that will encourage domestic production of oil and natural gas," he continued. "Rather, all the Administration has done is threaten energy production on federal lands, cancel pipelines and beg Saudi Arabia and Russia for more oil."

He added: "It's time to unleash America’s full potential to meet the world's energy needs."

Karim Howard, 27, puts in just enough gas so he can drive to Costco for cheaper gas as drivers select from various fuels priced near of above over $6 dollars at a Shell gas station located at South Fairfax, West Olympic and San Vicente Blvd in Los An (Al Seib / Los Angeles Times via Getty Images / Getty Images)

Trump also released a strongly worded statement Tuesday morning after the announcement from the White House.

"For decades our Country's very important Strategic Oil Reserves were low or virtually empty in that no President wanted to pay the price of filling them up," Trump said, noting that he "filled them up three years ago, right to the top, when oil prices were very low."

"Those reserves are meant to be used for serious emergencies, like war, and nothing else," Trump said. "Now I understand that Joe Biden will be announcing an ‘attack’ on the newly brimming Strategic Oil Reserves so that he could get the close to record-setting high oil prices artificially lowered."

Trump said the United States was "energy independent one year ago," but said now, the country is "at the mercy of OPEC," with gasoline selling for "$7 in parts of California, going up all over the Country, and they are taking oil from our Strategic Reserves."

"Is this any way to run a Country?" Trump asked.

In March 2020, under the Trump administration and at the onset of the coronavirus pandemic, the Department of Energy purchased 77 million barrels of American-made crude oil to begin to fill the Strategic Petroleum Reserve.

And in April 2020, when oil prices sat deep in the red for the first time in history, Trump again moved to fill up the Strategic Petroleum Reserve.

"Based on the record low price of oil, it is at a level that is very interesting to a lot of people, we’re filling up our national petroleum reserves, strategic reserves and we are looking to put as much as 75 million barrels into the reserves themselves that would top it out, that would be the first time in a long time it's been topped out and we’d get it at the right price," Trump said at the time.

A maze of crude oil pipes and valves is pictured during a tour by the Department of Energy at the Strategic Petroleum Reserve in Freeport, Texas, June 9, 2016.  (REUTERS/Richard Carson / Reuters Photos)

The SPR was created between 1973 and 1974 after the oil embargo, as noted by the U.S. Department of Energy. Its purpose is to act as a shield against the disruption or depletion of oil supplies for the U.S.

Meanwhile, Sen. John Barrasso, the top Republican on the Senate Energy Committee, told FOX Business that the Biden administration and Democrats in Congress "are waging a war on American energy."

"President Biden’s policies are hiking inflation and energy prices for the American people," Barrasso said. "Tapping the Strategic Petroleum Reserve will not fix the problem."

Barrasso said that the U.S. is  "experiencing higher prices because the administration and Democrats in Congress are waging a war on American energy."

"President Biden has either eliminated or severely restricted access to America’s oil and natural gas resources on federal lands and waters," he continued, adding that the investment banking industry has "also withheld capital from companies looking to produce U.S. oil and natural gas" due to pressure from Democrats and environmental activists.

But the senior vice president of policy, economics and regulatory affairs at the American Petroleum Institute Frank Macchiarola said it is well-within the Biden administration's power to manage the reserves "as they see fit."

"Congress gave the president and secretary of energy broad authority to manage the SPR and it’s the administration’s responsibility to exercise that authority as they see fit," Macchiarola said. "We believe that any impact resulting from an SPR release is likely to be short-lived unless it is paired with policy measures that encourage the production of American energy resources."

The White House touted the move, saying "the President stands ready to take additional action, if needed, and is prepared to use his full authorities working in coordination with the rest of the world to maintain adequate supply as we exit the pandemic."

Biden's pressure on 14-nation OPEC and Russia to pump more supply into the global market has so far had little effect. The administration has blamed higher prices in part on the effects of the economy recovering and restarting from the COVID-19 pandemic. It has also singled out energy companies for alleged anti-competitive behavior. Biden last week asked the Federal Trade Commission to investigate whether "illegal conduct" is driving up prices at the pump for Americans.

"There is mounting evidence that declines in oil prices are not translating into lower prices at the pump," the White House said Tuesday.

Americans paid an average of $3.29 per gallon in October, according U.S. data, the highest since September 2014.

"As we come out of an unprecedented global economic shutdown, oil supply has not kept up with demand, forcing working families and businesses to pay the price," Granholm said. "This action underscores the President’s commitment to using the tools available to bring down costs for working families and to continue our economic recovery."

The Department of Energy explained that the exchange will be conducted with crude oil from all four SPR storage sites, noting that an exchange is "a mechanism specifically suited to the current economic environment, where markets expect future oil prices to be lower than they are today."

"The exchange creates a bridge from today’s high price environment to a period of lower prices, and automatically provides for restocking the SPR over time," the Energy Department said.

Oil prices rose slightly on Tuesday after the previous day's rally, supported by expectations of a tighter market as output talks of OPEC+ nations were called off, but concerns that members may start to increase production capped gains. (REUTERS/Ramz

As of Nov. 19, there were 604.5 million barrels in the U.S. Strategic Reserve, according to the Department of Energy.

In 2020, the United States consumed an average of about 18.19 million barrels of petroleum per day, or a total of about 6.66 billion barrels of petroleum — the lowest level of annual consumption since 1995. The drop in consumption in 2020 from 2019 was the largest recorded annual decline in U.S. petroleum demand, and was largely the result of the global response to the COVID-19 pandemic, according to the U.S. Energy Information Administration.

Meanwhile, the White House said the move Tuesday reflects on Biden's "commitment to do everything in his power to bring down costs for the American people and continue our strong economic recovery," while maintaining the administrations commitment to Biden's "ambitious clean energy goals," which are included in both the bipartisan Infrastructure Law Biden signed last week, and his Build Back Better agenda, which the House of Representatives passed last week.

The White House said both spending packages represent "the largest investment in combatting climate change in American history and is a critical step towards reaching a net-zero emissions economy by 2050 and reducing our dependence on foreign fossil fuels."