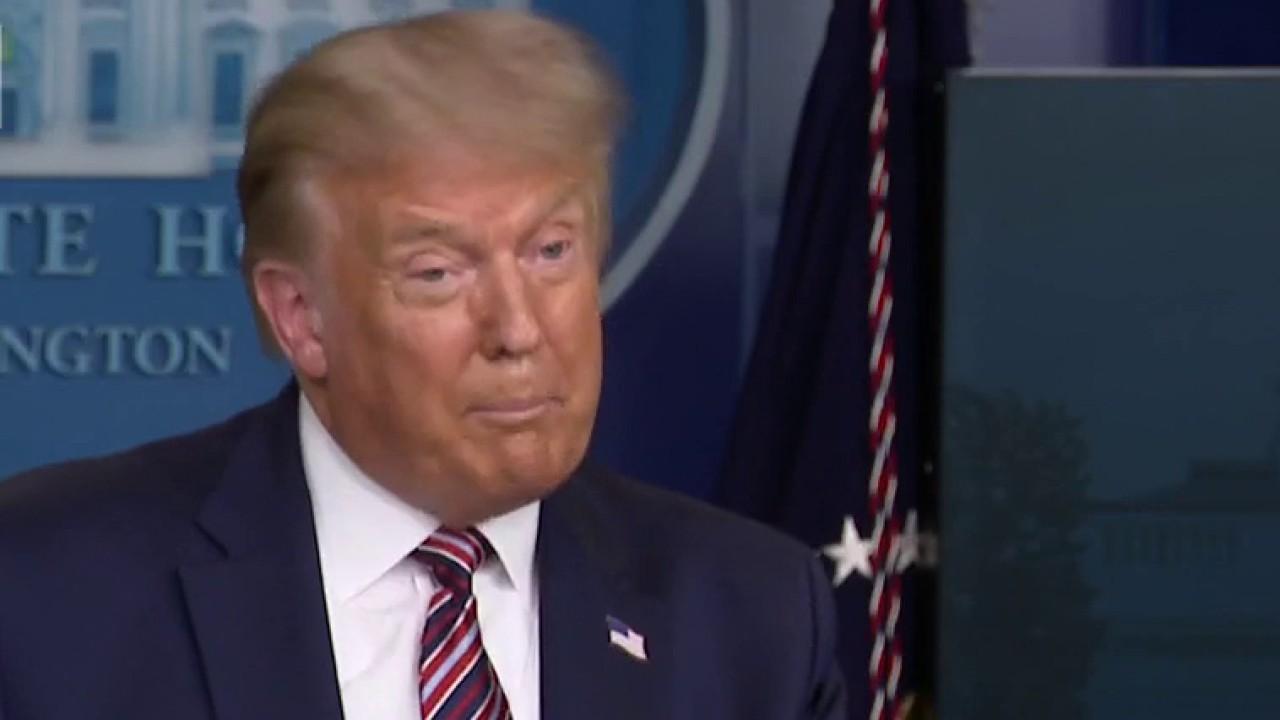 Trump says when he wins re-election he will forgive deferred payroll taxes without hurting Social Security.

Democratic presidential nominee Joe Biden has proposed asking wealthy Americans to pay more in payroll taxes  to help fund Social Security – but down the line more Americans might be subject to those increased rates, a new report shows.

Under Biden’s plan, income above $400,000 would be subject to the 12.4 percent Social Security tax, which would be split evenly between employees and employers. Currently, there is a wage cap of $137,700. Wages between those two ranges would not be taxed.

However, as noted in an analysis conducted by the Urban Institute, that gap would be closed in about three decades because the plan does not index the second-contribution threshold to inflation.

SOCIAL SECURITY CHECKS TO GET ‘EXTREMELY LOW’ COLA BUMP IN 2021

The first income cap is indexed and rises annually alongside wages, so researchers note that in roughly 30 years the two thresholds would meet rendering the cap void.

“All covered earnings would be taxed once wage growth increases the limit for the first contribution base to $400,000,” researchers explained.

However, because Biden has proposed expanding benefits, researchers expect the program would still run an annual deficit although a smaller one when compared to the continuation of current policy. The program, under his plan, would not be able to pay scheduled benefits in full in 2040.

That means future tax increases, or benefit cuts, would still be necessary.

The annual trustees’ report did not take the effects of coronavirus into account when it estimated that the program’s reserves would be depleted by 2035. At that time, levies were expected to be sufficient to cover 79% of scheduled benefits.

An analysis conducted by researchers at the Penn Wharton Budget Model showed that Social Security is at risk of running out of funds as many as four years earlier than anticipated depending on the shape of the U.S. economic recovery.