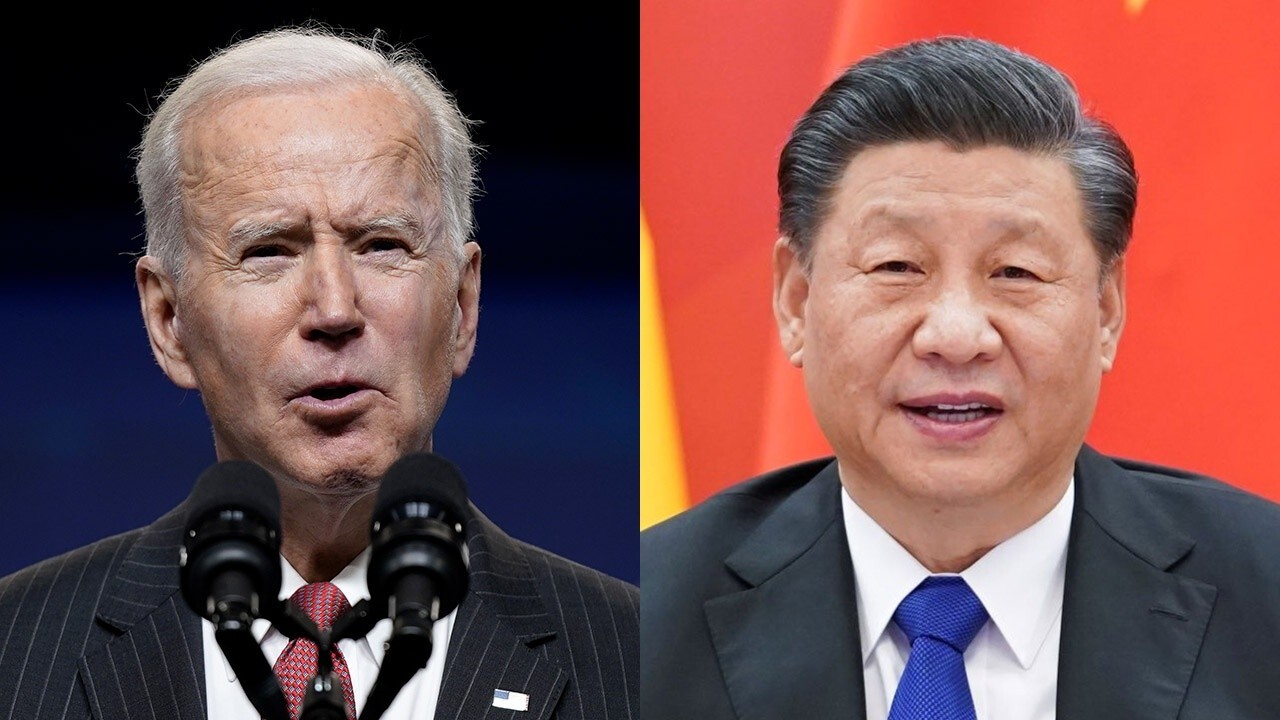 Biden and Xi participated in a virtual meeting Monday evening – their third engagement since Biden took office in January.

During the Trump administration administration, in January 2020, the former president signed a Phase 1 trade agreement with China, easing hostility between the world’s two largest economies amid decades of complaints that Beijing was manipulating its currency and stealing trade secrets from American firms.

That agreement included commitments from Beijing to halt intellectual property theft, refrain from currency manipulation, cooperate in financial services and purchase an additional $200 billion of U.S. products during 2020 and 2021.

In this photo released by Xinhua News Agency Chinese President Xi Jinping, right and U.S. President Biden appear on a screen as they hold a meeting via video link, in Beijing, China, Tuesday, Nov. 16, 2021. (Yue Yuewei/Xinhua via AP / AP Newsroom)

Despite that agreement, intelligence officials toward the end of the Trump administration warned that China posed a grave national security threat to the United States.

"The president did underscore the importance of China fulfilling its phase one commitments," the official said.

HR MCMASTER ON BIDEN-XI MEETING: WORLD WILL BE LESS SAFE IF CHINA TAKES OVER

Officials, though, said that trade was not a "particularly dominant part of the conversation," but called it "an important one."

"It is an important part of our relationship and China’s commitments are something that’s important to the president to see upheld," the official said, adding that it didn’t dominate the conversation, but was "important for the president to raise."

Meanwhile, the White House said that the two leaders discussed "the complex nature of relations" between the U.S. and Beijing, and "the importance of managing competition responsibly."