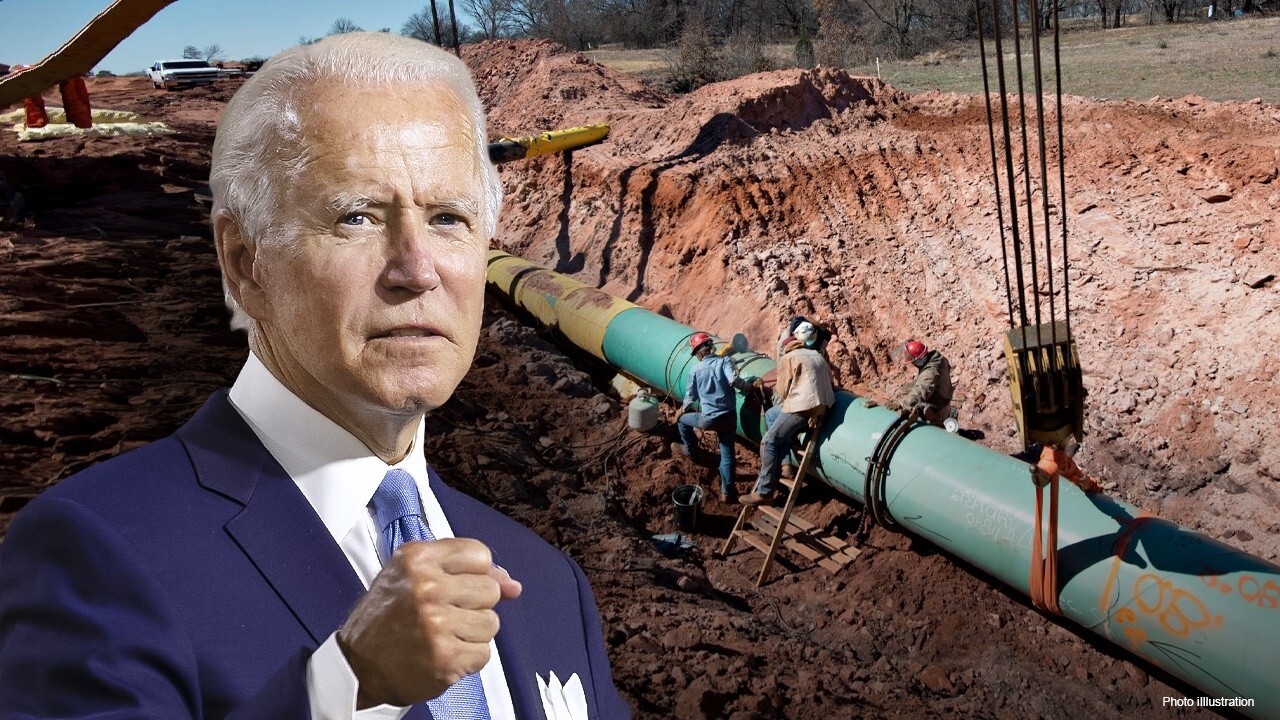 "It’s not like I can allow Germany to do something or not," Biden continued.

"I’ve been opposed to Nord Stream from the beginning … they know how I feel," he said. Biden added that imposing sanctions now would be "counterproductive" since the project is almost completed.

The White House announced Biden will meet with Russian President Vladimir Putin in Geneva next month.

The Biden administration waived sanctions on the corporation and CEO overseeing the Nordsteam 2 pipeline construction in deference to its diplomatic relationship with Germany. The president drew the ire of Republicans who say lifting the sanctions on the pipeline is a blessing to the Kremlin.

WH SAYS BIDEN-PUTIN MEETING NOT A ‘REWARD’ TO RUSSIA, BUT A ‘VITAL PART’ OF DEFENDING US INTERESTS

The Nord Stream 2 deal with Russian President Vladimir Putin's regime will transfer Russian gas to Germany via a pipeline running under the Baltic Sea. If completed, this new pipeline would double the amount of natural gas Russia transports directly to Europe and hand an enormous geopolitical victory to Putin.

Halting the 95 percent complete project would require sanctioning German users of the gas as well, and the Biden administration is not willing to risk its relationship with Germany to do so. The pipeline could be completed as soon as this summer.

Currently, Russia has to transport gas through Ukraine on its way to Europe. Completion of the pipeline would allow Russia to freeze out Ukraine, where a government hostile to Putin is in power.

At the same time, the State Department is expected to send its 90-day report to Congress listing entities involved in the pipeline’s construction that deserve sanctions. The State Department will acknowledge that the corporate entity in charge of the project, Nord Stream 2 AG and its CEO, the Putin crony and former East German intelligence officer Matthias Warnig, are engaged in sanctionable activity.