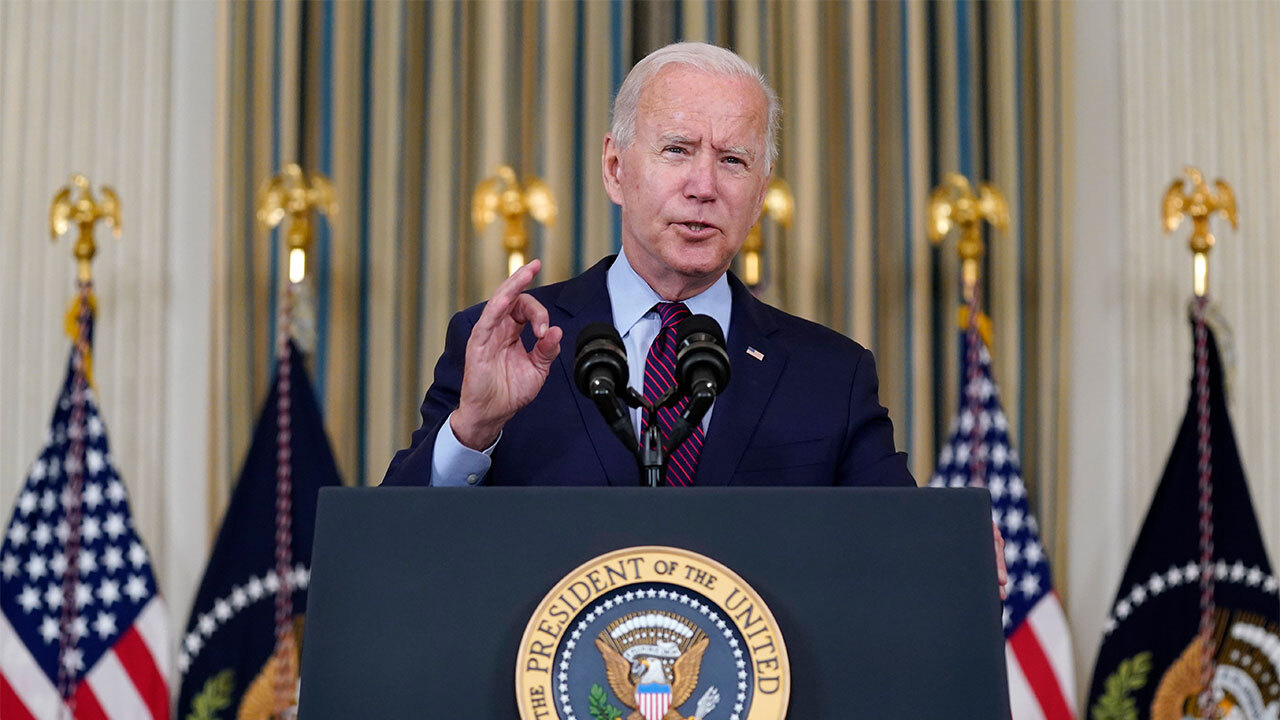 President Joe Biden defended his "Build Back Better" spending plan in a Tuesday speech, insisting once again that he is a "capitalist" at heart and that his bill currently tied up in Congress is fully paid for.

"I'm a capitalist," Biden told a crowd at the International Union of Operating Engineers Local 324 training facility in Howell, Michigan. "I think you should be able to go out and make a million or a billion, but just pay your fair share."

Biden has referred to himself as a capitalist multiple times in recent weeks as he attempts to push back against critics who have likened his multitrillion-dollar spending plan to a socialist agenda.

"I’m not out to punish anyone," the president said in the White House’s East Room last month. "I’m a capitalist. If you can make a million or a billion dollars, that’s great. God bless you. All I’m asking is you pay your fair share. Pay your fair share just like middle-class folks do. But that isn’t happening now."

Biden added during his Michigan appearance that the infrastructure and "Build Back Better" bills will be paid for by taxing the rich over the next decade and that "no one making under $400,000 a year will see a penny in their taxes go up."

Biden also made the argument that the spending packages are necessary to keep the United States economy competitive worldwide and accused those who oppose the bills of contributing to "America’s decline."

"These bills are not about left versus right or moderate versus progressive or anything that pits Americans against one another," he said. "To oppose these investments is to be complicit in America's decline."

Speaking briefly to reporters after his remarks Tuesday, Biden acknowledged that the overall $3.5 trillion number will decline, but insisted he’ll "get it done."

Washington was gripped with the drama last week as lawmakers grappled with the massive Democrats-only social spending bill that has been linked with the infrastructure bill.

That leaves Biden and his Democratic allies in Congress at a crossroads, trying to move past the legislative tangle and remind voters what they are trying to accomplish.

With considerable attention focused on winning over two key Democrats, Sens. Joe Manchin of West Virginia and Kyrsten Sinema of Arizona, rank-and-file lawmakers could benefit from the high-profile backup that comes from Biden making the case for his vision to the public.