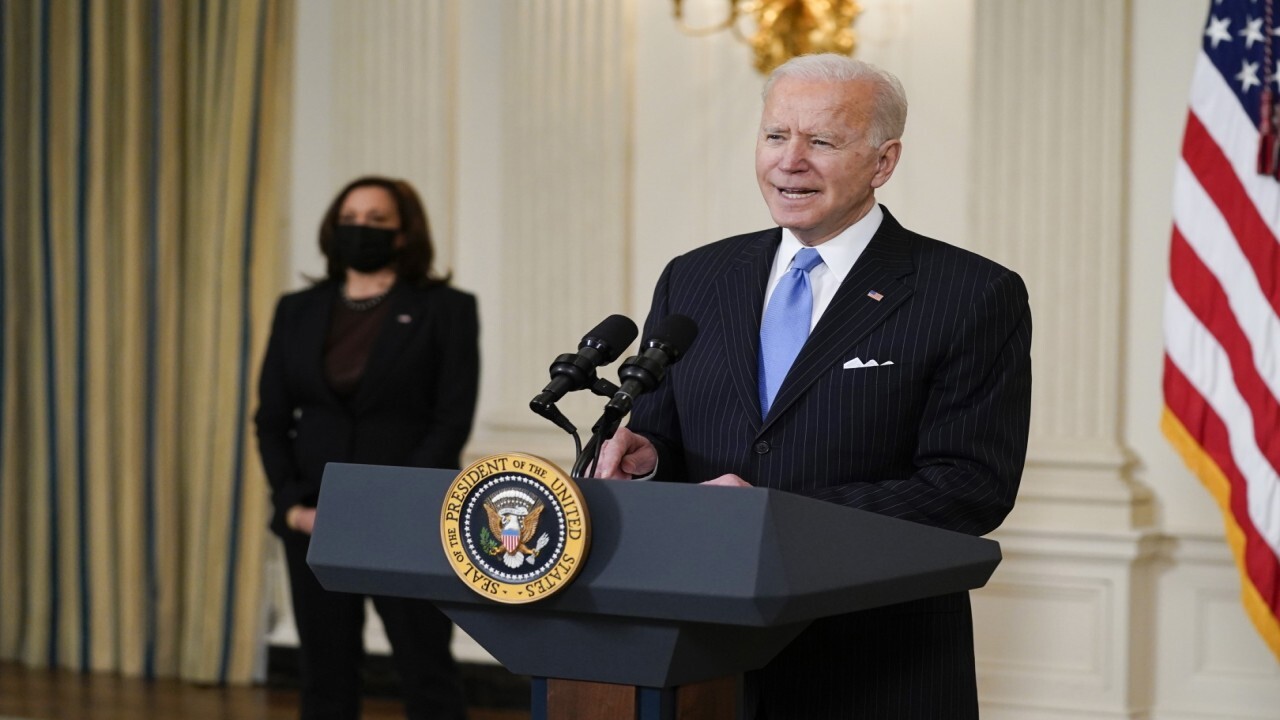 President Biden is open to making the temporary expanded child tax credit included in the latest coronavirus relief package permanent after Congress enacts the aid bill in coming weeks, according to a White House official.

The $1.9 trillion stimulus bill would greatly expand the child tax credit, which is currently $2,000 per child. The payments begin to phase out for individuals earning $200,000 or more and married couples making $400,000 or higher.

Families could also opt to receive monthly payments – roughly $250 to $300 – instead of an annual lump sum. Payments would begin going out in July if Congress approves the relief plan, as it's widely expected to do.

Biden indicated during a call with House Democrats on Wednesday that he supports a permanent extension of the credit as part of his “Build Back Better” plan, a wide-ranging infrastructure and jobs measure that's expected to follow the $1.9 trillion stimulus bill, the White House official said.

Proponents of expanding the credit say it would cut child poverty in half.

A year-long expansion of the tax credit will cost about $109 billion, according to an analysis from the Joint Committee on Taxation, a nonpartisan congressional body, meaning that making it permanent could as much as $1 trillion over the next decade.

It's unclear whether such a provision would pass; no Republicans voted to pass the House bill, and none are expected to support the Senate version.

Still, some GOP lawmakers, including Sens. Marco Rubio, R-Fla., and Mitt Romney, R-Utah, have previously supported bolstering the child tax credit and have laid out differing plans on how to do so. But Rubio recently slammed Democrats' "corrosive" proposal, warning that "no strings attached" money does little to address the root causes of child poverty.

Millions of families are struggling financially as a result of the pandemic: A December analysis published by the Urban Institute found that 40% of parents with a child under the age of six reported losing a job or income during the first six months of the virus-induced crisis.

A separate survey by the U.S. Census Bureau found that about 13% of families with children said they sometimes or often did not have enough to eat in mid-January.