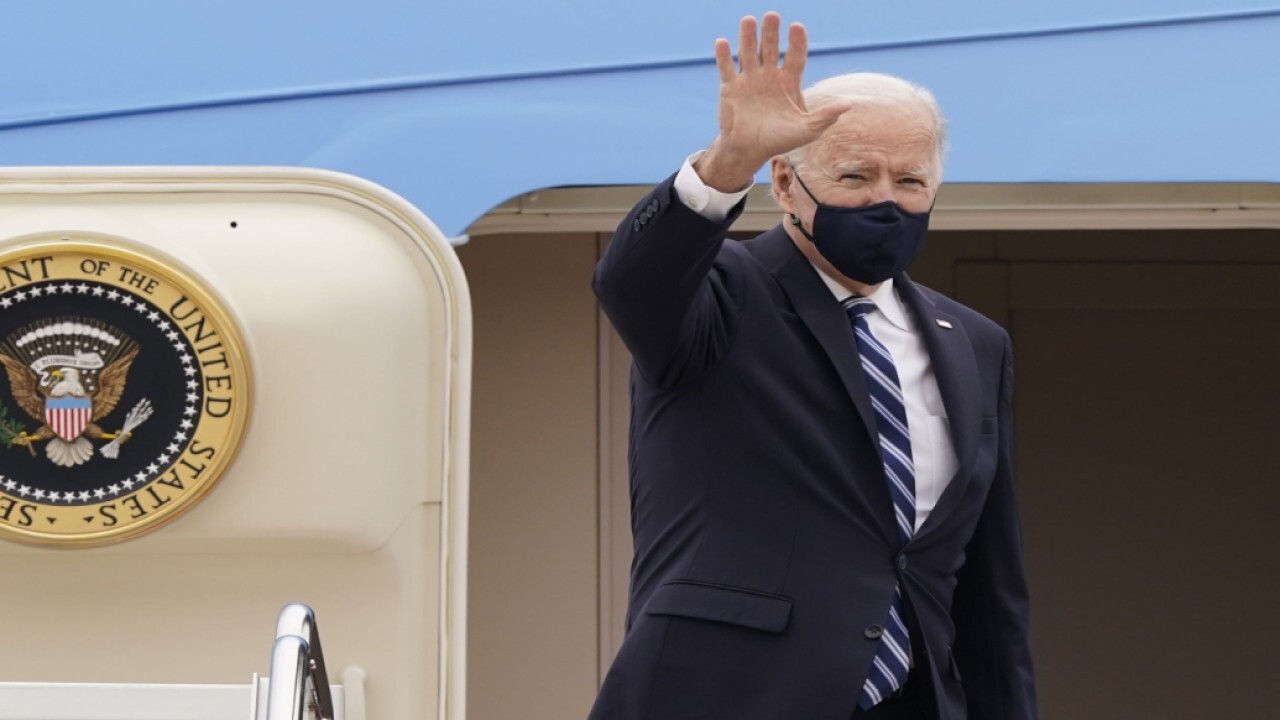 Sen. James Lankford, R- Okla., told FOX Business' "Mornings with Maria" that President Biden's massive spending between the stimulus package and infrastructure bill will cause "inflation", "instability" and lead the U.S. to be "more dependent" on loans from China.

TRUMP WARNS BIDEN'S BORDER 'CRISIS' WILL GET 'MUCH WORSE': 'THEY ARE COMING IN FROM EVERYWHERE'

Sen. James Lakford: "I'm not sure this is not what he campaigned on. I think quietly he was always saying to the progressives, get me in. Let me do what I want to do during the campaign, and then I'll take care of you once I get there. But he made it very clear that he wanted to be a unifier and he wanted to be able to work across the aisle, if that's what he said publicly. Then again, privately, once he actually started, it was, 'No, I'm not going to work across the aisle at all.' It's a $2 trillion package for covid when we already still had $1 trillion remaining from the previous year's packages that were still out there as unspent. So he just wanted to do the biggest package ever. And so he does $2 trillion.

Now he's proposing an infrastructure package of $4 trillion that would put us on tap for this year, spending $10 trillion in this year if he chooses to be able to ram that through in a straight partisan vote as he's threatened as well. So it is an enormous amount of spending. And this is exactly what we said -- this is going to cause inflation. This is going to cause even more instability and it's going to cause us to even be more dependent on all these loans from China. That is a problem for our economy."