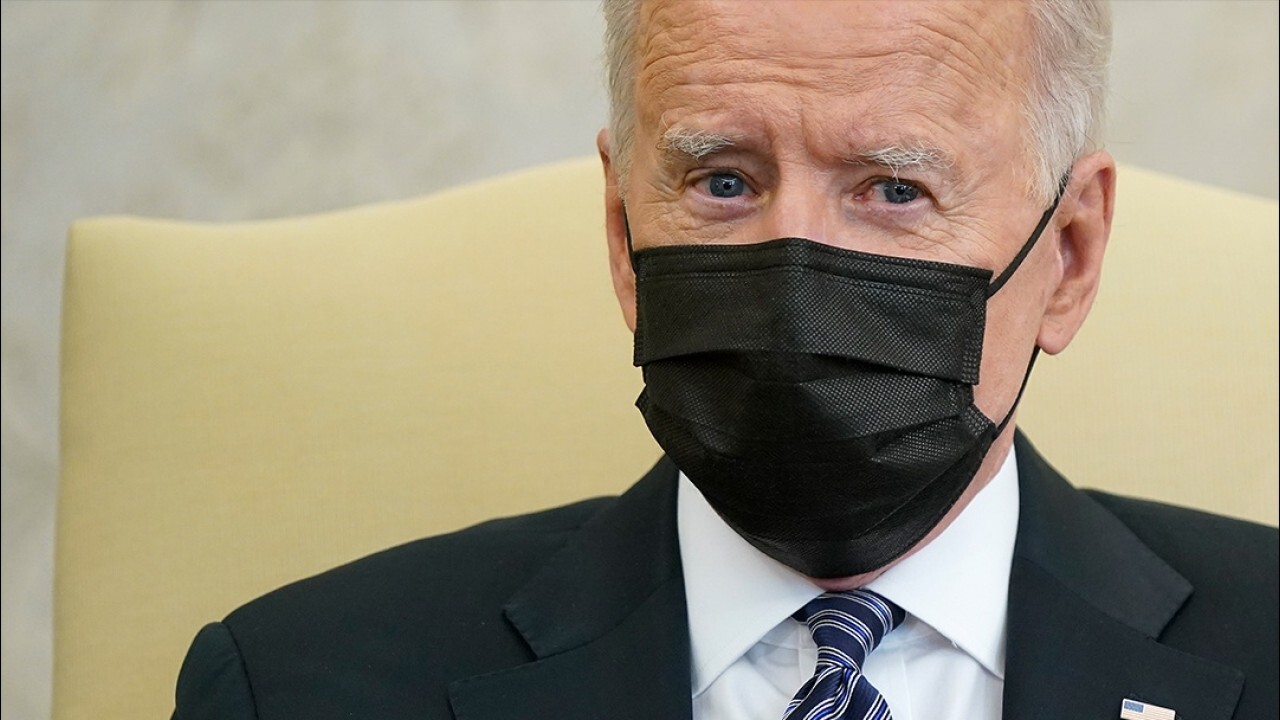 Back in the day when "Saturday Night Live" was funny, Chevy Chase would open the "Weekend Update" segment by saying, "I'm Chevy Chase... and you're not."

That line came to mind over President Biden's massive tax-and-spend proposals, which are unlike anything since FDR, after whom Biden appears to be modeling himself. The president thinks he's a capitalist ... but he's not.

Let's define two terms. First, capitalism: "an economic system in which investment in and ownership of the means of production, distribution, and exchange of wealth is made and maintained chiefly by private individuals or corporations, especially as contrasted to cooperatively or state-owned means of wealth."

Now, socialism: "a theory or system of social organization that advocates the ownership and control of the means of production and distribution, capital, land, etc., by the community as a whole, usually through a centralized government."

The definition of what fits the Biden tax and spending blowout is the latter. Treasury Secretary Janet Yellen is ratcheting up the notion that only government is the answer to every problem by proposing a global minimum tax. Axios reports what it concludes is the rationale behind her thinking: "Convincing other countries to impose a global minimum tax would reduce the likelihood of companies relocating offshore, as Biden seeks to increase the corporate rate from 21 percent to 28 percent."

That's got it backward, but it typifies the thinking of those whose faith is in ever growing, more expensive and intrusive government.

Former President Trump's reduction in corporate tax rates persuaded some businesses to move back to the U.S. from overseas. They had exited because of higher taxes.

Mark Zandi, chief economist for Moody Analytics, reacted to the Biden administration's tax-and-spend proposals when he told The Hill: "It takes a whole different perspective on government. ... Ever since Ronald Reagan it's been about government dysfunction, we need smaller government, less government. ... This is the complete opposite. It's saying government and only government can solve the problems we have because they're so large and beyond any one of us. Infrastructure is a collective problem."

The obvious question then becomes, if big government can solve our problems, why hasn't it solved them by now?

In a 2018 article, Investor's Business Daily quoted the Bureau of Economic Analysis: "...some $305.6 billion returned to the U.S. from overseas accounts (after President Trump cut corporate tax rates). That's a $1.2 trillion annual rate, and far more than the $35 billion one year before."

How is returning to the bad old days of higher taxes going to convince those companies that returned home to stay home? No reporter has asked that question and no one in the Biden administration has voluntarily offered an explanation.

Speaking of Chevy Chase, the comedian once said: "Socialism works ... [and] Cuba might prove that. I think it's conclusive that there have been areas where socialism has helped to keep people at least stabilized at a certain level."

Yes, and that level is mutually shared mediocrity and, in some cases, mutually shared poverty. Capitalism raises boats for those who play by its rules, accompanied by shared moral values, while socialism, especially when paired with communism, sinks too many boats and hopes.

Cal Thomas is one of America's most widely syndicated columnists. Look for Cal Thomas' latest book "America's Expiration Date: The Fall of Empires and Superpowers and the Future of the United States" (HarperCollins/Zondervan).