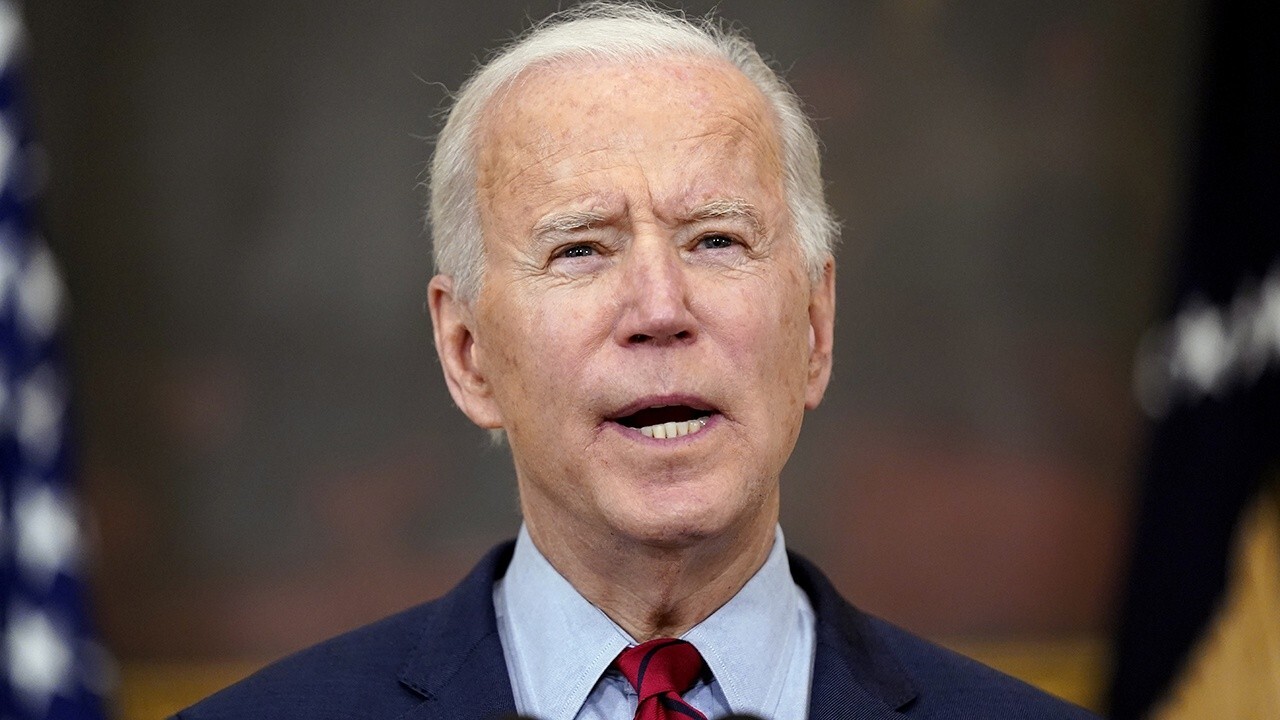 Rep. Jim Banks, R-Ind., joins 'Kudlow' to discuss how GOP is unifying ahead of midterms

At the end of a busy news week, just before the start of the Memorial Day weekend, President Joe Biden announced the details of his budget proposal for the next fiscal year.

The timing of the release is telling. When presidents are excited about their policy agenda and confident it will be well received by the American people, they do not release the details hours before most of the country goes on vacation. That is, however, a strategy politicians use when they are trying to avoid negative press.

After taking a careful look at the budget proposal, it is not hard to see why the White House tried to bury the release of Biden’s budget.

As expected, Biden’s budget includes many of the large government spending programs the White House has been pushing for months, including $115 billion for roads and bridges, $225 billion for child care subsidies, $174 billion for electric vehicles and $109 billion for "free" community college, among many other items.

Undoubtedly, some Americans will find these programs appealing, but what most of the country will not want to hear is that Biden has absolutely no way to pay for his incredibly expensive plan, and that its costly provisions could result in a large-scale economic crash.

The total cost of Biden’s proposal is an astounding $6 trillion, and according to the White House’s own estimates — which are almost certainly too low — the first-year deficit for Biden’s budget is $1.8 trillion.

Biden participates in first session with G-7 leaders in England

President Biden participates in the plenary session #1 "Recovery for All."

If the White House’s estimates are accurate, the deficit under Biden’s budget would be larger than every other deficit recorded in American history prior to the outbreak of the COVID-19 pandemic, with only one exception: 2009, the start of the "Great Recession," when the annual deficit also reached $1.8 trillion.

Biden does plan to offset some of his proposed government programs by raising taxes on job-creating businesses and wealthier families and individuals, but the White House’s own estimates suggest that deficits will remain historically high throughout his presidency, despite the tax increases, and for many years more, too.

BIDEN 'EXTREMELY OPTIMISTIC' ABOUT MAY JOBS REPORT, ECONOMISTS LESS SO

The Biden administration predicts that from 2021 to 2031, the federal deficit would never drop below $1.3 trillion under his budget plan. That means if the White House has it its way, the Biden presidency will likely end up becoming the most debt-ridden era in our country’s history.

Although very few people in Washington appear to be interested in taking the soaring national debt seriously, there are good reasons to believe that the high levels of debt proposed by Biden could cause a large and potentially sustained economic catastrophe. 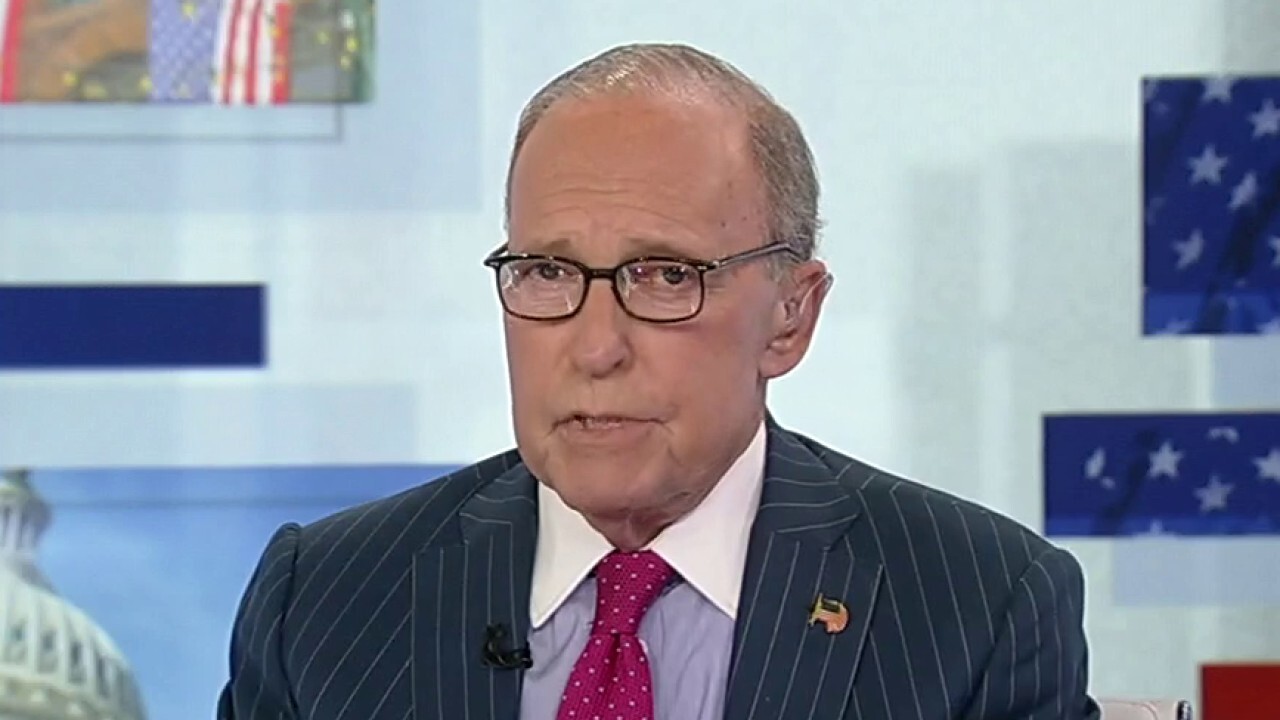 Kudlow: Biden's plan will lead to much more inflation

The only way the federal government could finance the huge amounts of new debt proposed by Biden would be to continue having the Federal Reserve "print" trillions of new dollars, the strategy that has been used increasingly more by the Fed since the start of the Obama administration to keep the government’s doors open.

There are many problems with creating large amounts of new money, but perhaps the biggest is that it can cause inflation and devaluation of the currency now in circulation. In other words, the dollars currently in your bank account will become less valuable as the Fed creates more money.

GLOBAL MINIMUM TAX RATE COULD DRIVE BUSINESS AWAY FROM US, WATCHDOG WARNS

When economies are healthy and growing rapidly, they can absorb some inflation without much damage, but the unprecedented money-printing that has occurred throughout the COVID-19 pandemic has been so extreme, it has caused inflation to increase too rapidly for the economy to keep up.

In April, inflation increased by 4.2%, according to the Consumer Price Index (CPI), triple the figure recorded in January and the fastest increase in CPI inflation since 2008. The more the government spends, the bigger this problem could get in the months and years to come.

In the past, the Fed has raised interest rates to help reduce inflation, but higher interest rates would almost certainly slow economic growth, because so much of the U.S. economy has in recent years become dependent on low-interest loans and other forms of cheap debt. If interest rates go up, buying a car or home or getting a loan for a new or expanding business would become substantially more expensive.

Even during the best days of the Trump administration, mere rumors of modest interest rate hikes caused the stock market to suffer steep losses, because Wall Street knows that higher interest rates could create an economic downturn. And today, the market would likely be more sensitive to changing interest rates.

Biden’s spending spree would all but guarantee higher inflation and/or interest rate increases by the Fed, causing severe economic problems. But Biden’s budget wouldn’t damage the economy for that reason alone.

Under Biden’s proposal, capital gains taxes for those investors with incomes over $1 million would be taxed at 37%, nearly double the current rate of 20%.

The corporate tax rate cuts made by President Trump and the Republican-led Congress in 2017 would be reversed, hiking tax rates from 21% to 28%, an increase of 33%, one of the largest corporate tax increases ever implemented.

The top tax rate for individuals earning more than $400,000 would also increase, from 37% to 39.6%, as well as for married couples who earn at least $509,300. Many of these filers are small business owners and could be forced to lay off workers or raise prices to offset the new levies.

Taken together, Biden’s taxes on businesses and investors would be absolutely catastrophic for the economy, especially when coupled with the possibility of higher interest rates and inflation.

Let’s hope enough members of Congress realize how disastrous Biden’s budget would be and stop it in its tracks, before its too late to prevent the economic damage it would undoubtedly create.

Justin Haskins is the director of the Stopping Socialism Project and a research fellow at The Heartland Institute, a free-market think tank. Follow him on Twitter: Jhaskins@heartland.org