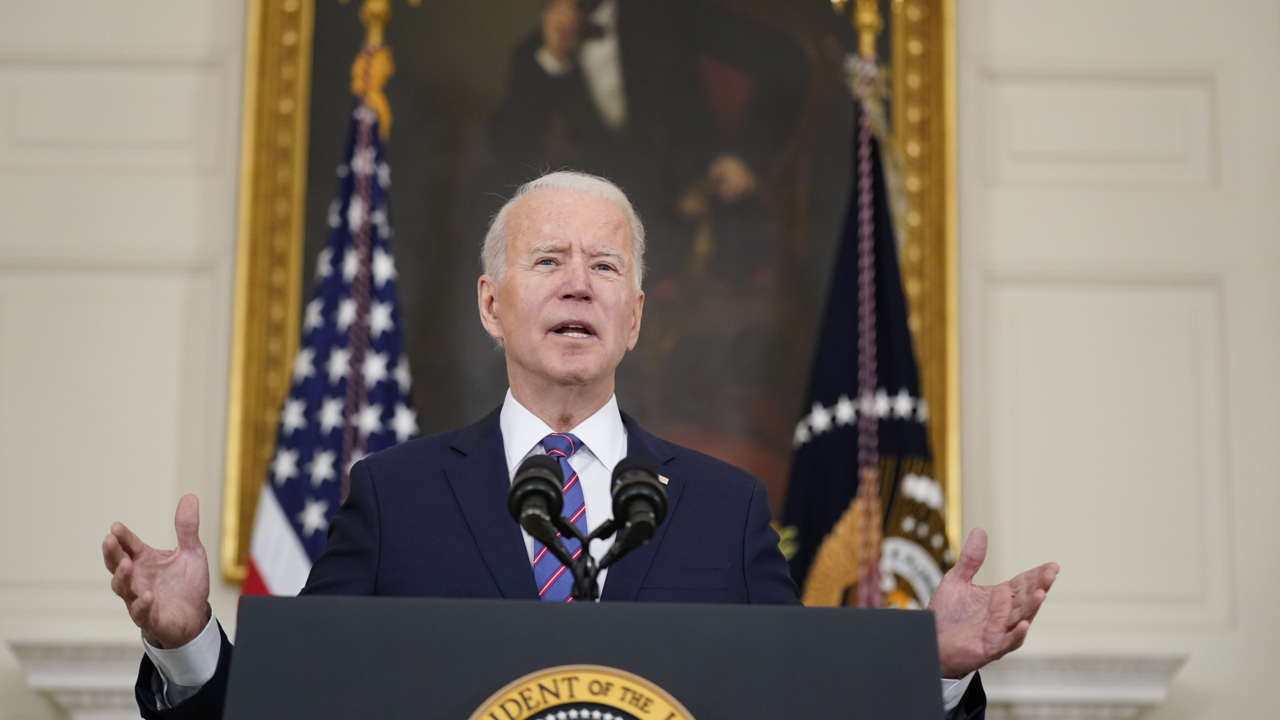 Attorneys general from 13 states sued the Biden administration this week over a key element of the recently enacted $1.9 trillion coronavirus relief law that prevents states from using government aid to lower taxes.

The lawsuit, filed in a U.S. District Court in Alabama, asks judges to strike down a provision in the American Rescue Plan that bars state governments from using the roughly $195 billion in federal funding "to either directly or indirectly offset a reduction in the net tax revenue." The restriction could apply through 2024.

“Never before has the federal government attempted such a complete takeover of state finances,” West Virginia Attorney General Patrick Morrisey, who co-led the lawsuit alongside Alabama and Arkansas, said in a statement. “We cannot stand for such overreach."

The suit comes just two weeks after 21 attorneys general sent a letter to Treasury Secretary Janet Yellen -- who is named in the new lawsuit -- inquiring how the administration planned to interpret the law. For instance, they wondered whether states will be prohibited from cutting taxes for any reason, even if those measures were put into place before the bill's passage, or whether the law explicitly prevents states from using the coronavirus relief funds to offset new tax cuts.

Yellen said the law is not intended to be a blanket moratorium on tax cuts and suggested states could lower rates without using the stimulus aid to fund the reduction.

“Nothing in the Act prevents States from enacting a broad variety of tax cuts,” Yellen wrote in response on March 23. “It simply provides that funding received under the Act may not be used to offset a reduction in net tax revenue resulting from certain changes in state law."

But Morrisey argued the word "indirectly" in the law could be interpreted in a way that prevents states from implementing tax reductions.

“This ensures our citizens aren’t stuck with an unforeseen bill from the feds years from now," he said.

The $350 billion in aid included in the American Rescue Plan, which President Biden signed into law last month, includes $195 billion directed toward state governments and Washington, and $130.2 billion allocated for local governments. An additional $20 billion will be given to federally recognized tribal governments, while $4.5 billion will go to U.S. territories.

No Republican voted to pass the relief package.

More money will be given to states that had a higher number of unemployed citizens at the end of 2020 rather than the overall population, which has irked some states in the South and Midwest, which tend to have Republican governors and better jobless rates. While many Democrat-led states implemented strict lockdown measures to curb the spread of the virus, some of their GOP counterparts adopted a more laissez-faire approach, allowing businesses to remain open for a better part of the pandemic.