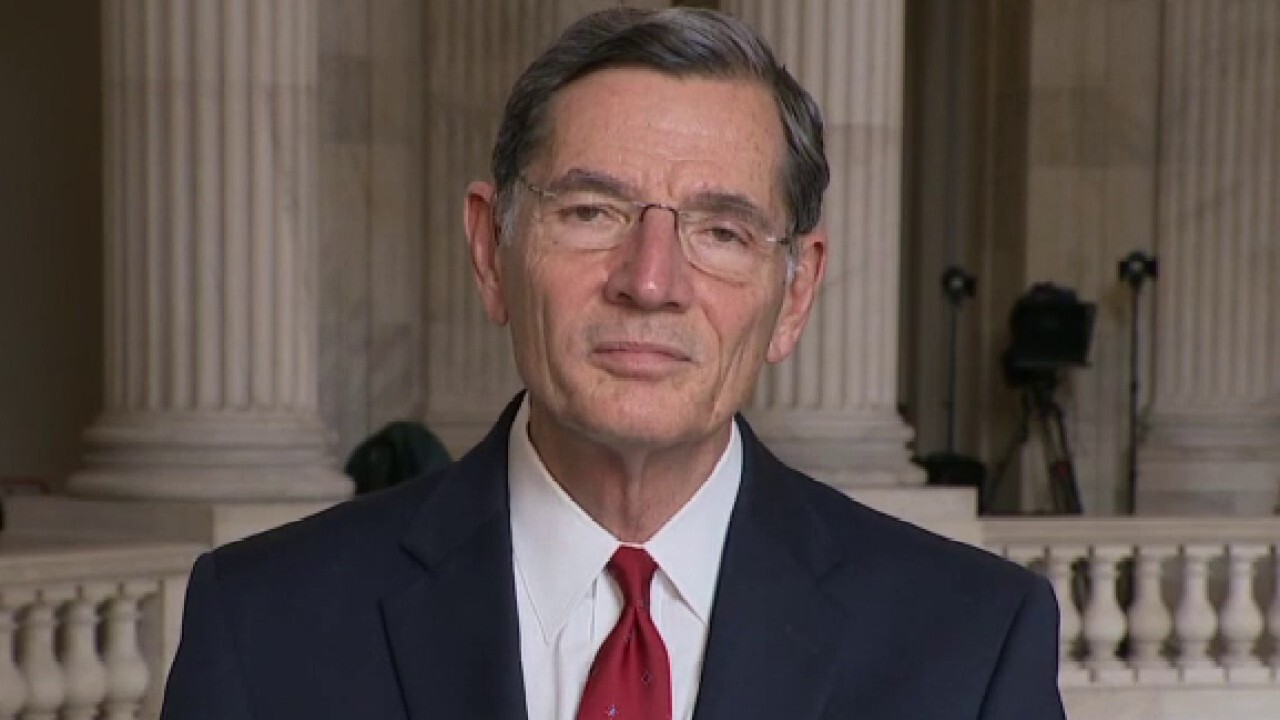 Sen. John Barrasso, R-Wyo., on Sunday said the Biden administration has been "asleep at the switch" on supporting pipelines, making the United States more "vulnerable" in the aftermath of the cyberattack on Colonial Pipeline.

Fox News' "Sunday Morning Futures" anchor Maria Bartiromo asked Barrasso, the ranking member of the Senate Committee on Energy and Natural Resources, what he thought of the Biden administration's policy of canceling the Keystone XL Pipeline, prompting him to say the United States needs more pipelines, not fewer.

"Pipelines are a lifeline for our energy, for our economy, for jobs. This administration has been asleep at the switch on this," Barrasso said. "If one pipeline goes down and can cause this amount of panics and these long lines, it tells you how vulnerable we are."

"And not just as Joe Biden canceled the Keystone XL pipeline, the secretary of interior  previously had gone to North Dakota to protest the Dakota Access pipeline. You have John Kerry, the climate czar, going to New York telling Wall Street don't invest in pipelines because they're evil," he continued.

Barrasso said these examples show how opposed the Biden administration is to fossil fuels, adding that they "hate fossil fuels more than our enemies."

"Right now, we are using more oil from Russia than we are from Alaska. We need more pipelines," Barrasso concluded.

A Murrphy Oil gas station shows no gas on pumps, Tuesday, May 11, 2021, in Kennesaw, Ga. Colonial Pipeline, which delivers about 45% of the fuel consumed on the East Coast, halted operations last week after revealing a cyberattack that it said had af

Barrasso released a statement last week in response to the cyberattack on Colonial Pipeline, saying it should "concern every American."

"This weekend’s cyberattack on the Colonial oil pipeline should concern every American," Barrasso said. "We must make our critical energy infrastructure secure. This cyberattack underscores just how important energy pipelines are to our economy and our national security. The Biden administration wants to kill oil and natural gas pipelines. We need more pipelines not fewer."

Last weekend, a ransomware attack on the Colonial Pipeline caused disruptions in the U.S. gas supply, causing shortages in multiple states on the East Coast over several days. The ransomware group, DarkSide, who was deemed responsible for the attack on Colonial Pipeline, claimed a couple days ago that they would cease operations after their cryptocurrency was drained from accounts and their servers seized.

"In view of the above and due to the pressure from the US, the affiliate program is closed. Stay safe and good luck," the group said in a message obtained by cybersecurity firm Intel 471. "The landing page, servers, and other resources will be taken down within 48 hours."