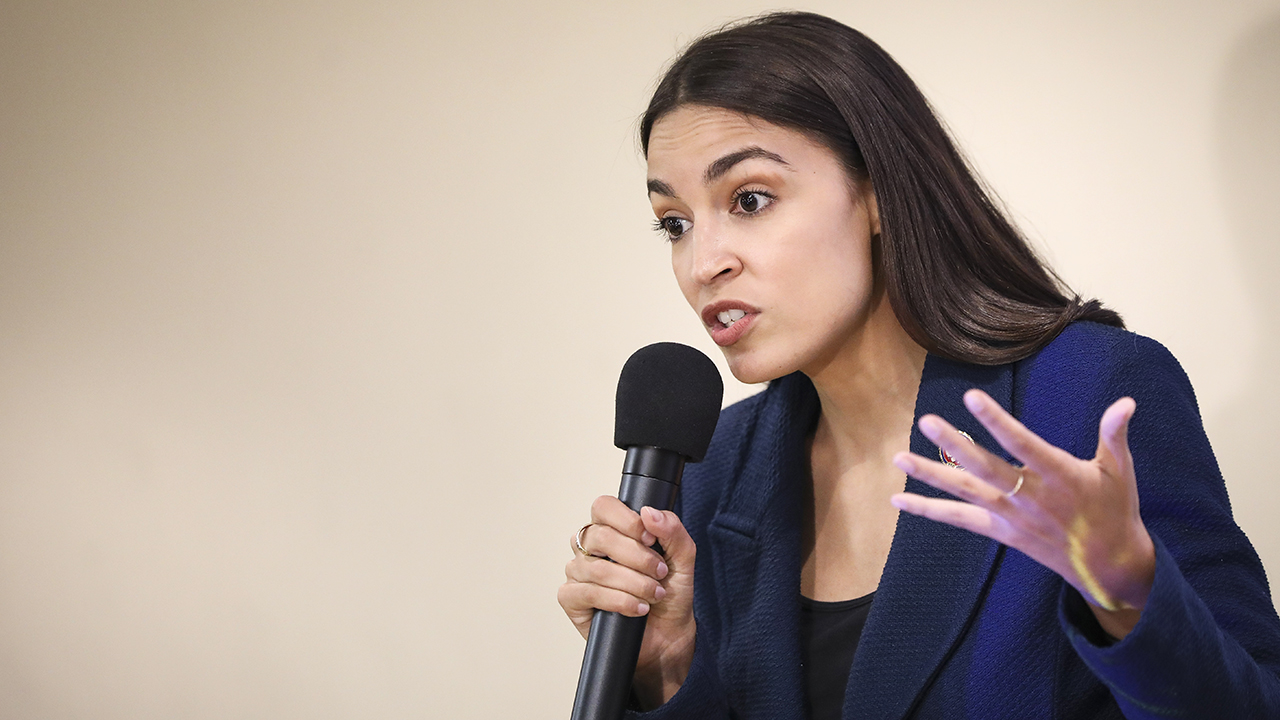 Rep. Alexandria Ocasio-Cortez told Sen. Ted Cruz to “sit this one out” when he said he agreed with her call for an investigation into Robinhood’s stock trade restrictions.

“This is unacceptable,” the New York Democrat said of a report that Robinhood wasn’t allowing users to trade GameStop stock, only to close out their positions.

“We now need to know more about @RobinhoodApp’s decision to block retail investors from purchasing stock while hedge funds are freely able to trade the stock as they see fit,” she wrote on Twitter. “As a member of the Financial Services Cmte, I’d support a hearing if necessary.”

Trading app Robinhood restricted trading in certain securities because of the recent volatility in a number of stocks, after a Reddit group called WallStreetBets banded together to squeeze short-sellers out of their positions.

AOC: 'WE CAME CLOSE TO HALF OF THE HOUSE NEARLY DYING' DURING RIOTS

GameStop shares soared 1,642% from Jan. 12 through Wednesday, while AMC Entertainment and BlackBerry gained 769% and 229%, respectively. The other names have also seen outsized gains.

Both lawmakers were in agreement on the need for an investigation into Robinhood's practices but apparently had differing takes on working together.

“I am happy to work with Republicans on this issue where there’s common ground, but you almost had me murdered 3 weeks ago so you can sit this one out,” the progressive firebrand shot back. “Happy to work w/ almost any other GOP that aren’t trying to get me killed. In the meantime if you want to help, you can resign.”

“While you conveniently talk about 'moving on,' a second Capitol police officer lost their life yesterday in the still-raging aftermath of the attacks you had a role in,” she continued. “This isn’t a joke. We need accountability, and that includes a new Senator from Texas.”

She linked to a Politico report that a second officer who responded to the Capitol riots had died by suicide.

Ocasio-Cortez is among a number of Democrats to demand the resignations of Sens. Cruz and Josh Hawley, R-Mo., for their role in election fraud claims in the lead-up to the Jan. 6 deadly Capitol riot.

Cruz at the time contested President Biden’s win in the Senate, calling for a 10-day “emergency audit” of voter fraud claims.

Ocasio-Cortez has repeatedly said she feared for her life the day of the Capitol riot.

AOC: REPUBLICANS ONLY CARE ABOUT TRUMP 'MOB' WHEN IT'S COMING FOR THEM

"I can tell you that I had a very close encounter where I thought I was going to die," she said during an Instagram Live. "And you have all of those thoughts where, at the end of your life … all of these thoughts come rushing to you. And that’s what happened to a lot of us on Wednesday and I did not think – I did not know if I was going to make it to the end of that day alive."

She later said that Republicans only care about the Trump “mob” when it’s coming for them.

"One thing that always astounds me is the GOP’s talent for neglecting key issues until it affects them personally," she wrote on Twitter. "They couldn’t care less when Trump used his mob to put their colleagues’ lives in danger, yet are only noticing how bad it is when the threat’s been turned on them."

She said that for years many of her colleagues have been subject to "extremely violent threats, attempts, stalkers, & targeted misinfo."