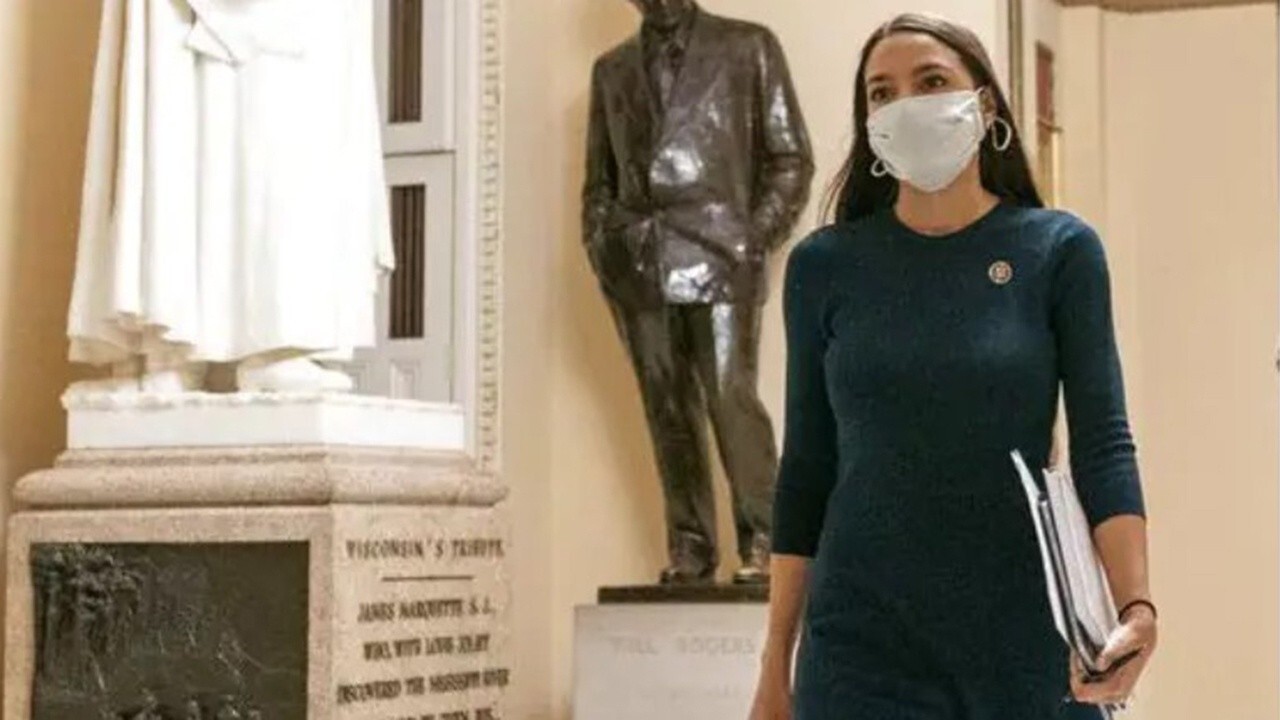 Brian Kilmeade blasts AOC: 'Does she realize how much $3T is'

Rep. Alexandria Ocasio-Cortez, D-N.Y., had a derisive response Friday after one of her fellow Democrats said he would vote to kill the spending package being pushed by others in the party.

"Can’t wait for the full-on slammed news cycle about how conservative Dems held up Biden’s bill the week of the elections for sudden demands for CBO [Congressional Budget Office] scores and tax cuts for people with $1 million+ incomes," she wrote, adding an emoji rolling its eyes. "[W]on't hold my breath for it though."

She was responding to reporting that Rep. Henry Cuellar, D-Texas, who's considered a "blue dog" Democrat, would join others in opposing a procedural vote on the bill.

"As of right now, there are enough votes in my opinion to vote no on the rule," he reportedly said.

President Biden’s $1.75 trillion plan to boost social and education programs as well as protect against global warming continues to be fine-tuned by Democrats in Congress with a new goal of completing work before Thanksgiving.

The updated plan includes universal preschool, funding to limit child care costs and a one-year continuation of a child tax credit that was expanded earlier this year and applied to more families. But Democrats are scaling back some investments and shortening the time frame for funding to whittle down spending. Some proposals have been dropped entirely.

Ocasio-Cortez's comments touched on a deeper divide as the party struggles to deliver on its progressive promises.