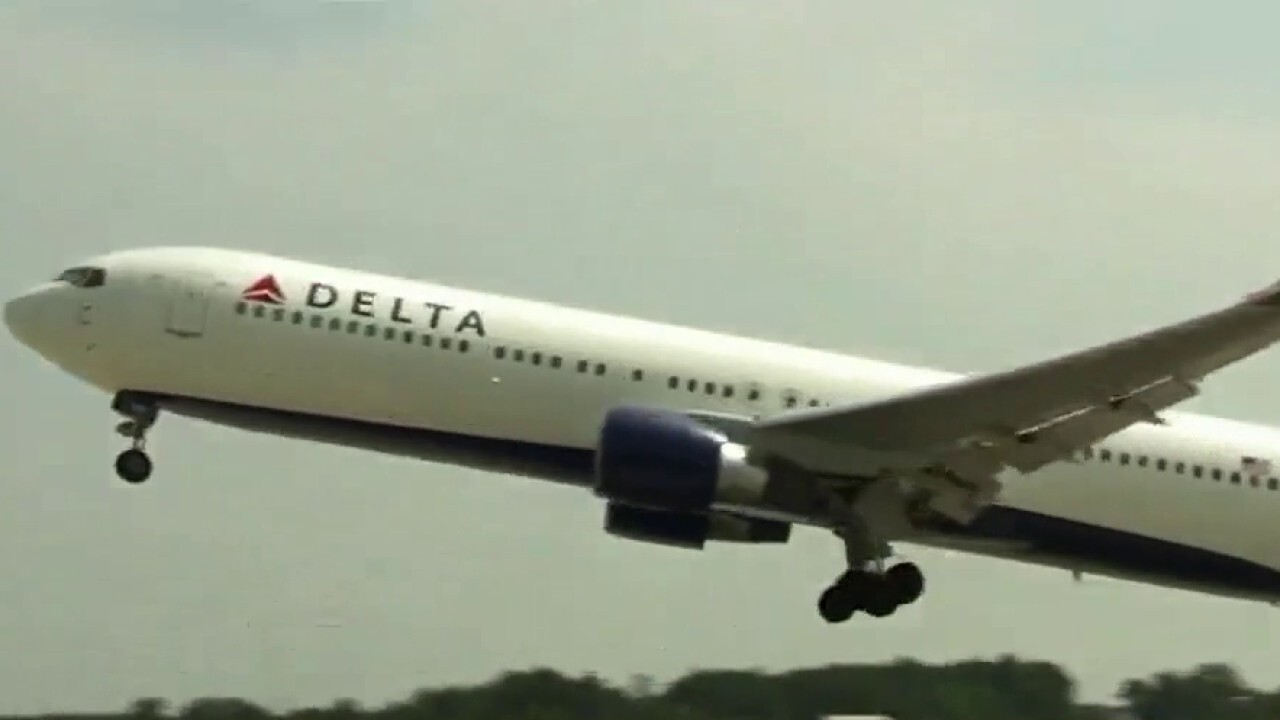 Airline groups are asking the Department of Justice to help crack down on violent passengers amid a spike in disputes on airplanes.

Ten different airline organizations led by the Airlines for America (A4A), the leading trade and lobbying association for North American airlines, are asking Attorney General Merrick Garland for the "swift prosecution" of those engaging in "unruly behavior," a Monday press release reads.

"The undersigned organizations, representing aviation industry stakeholders including passenger carriers, pilots and flight attendants, write today to express our heightened concern regarding the substantial increase in and growing escalation of passengers’ unruly and disruptive behavior onboard aircraft, particularly toward crewmembers," the letter begins.

It continues: "These incidents pose a safety and security threat to our passengers and employees, and we respectfully request that the Department of Justice … commit to the full and public prosecution of onboard acts of violence."

The groups commended the Federal Aviation Administration's efforts to crack down on violence, including the implementation of penalties against passengers whose behavior "interferes with crewmembers and publicizes its enforcement actions." The FAA has announced a total of $368,000 in combined penalties against 21 passengers since its Special Emphasis Enforcement Program began in January, according to the letter.

AMERICAN AIRLINES PASSENGERS BRAWL OVER WHO GETS TO DEPLANE FIRST; WITNESS SHARES VIDEO TO TWITTER

"The federal government should send a strong and consistent message through criminal enforcement that compliance with federal law and upholding aviation safety are of paramount importance," the groups wrote.

Airlines have reported about 3,000 cases of disruptive passengers since Jan. 1, according to a spokesman for the FAA, which began tracking it this year. About 2,300 of those incidents involved passengers who refused to obey the federal requirement to wear a face mask.

Over the past decade, the FAA investigated about 140 cases a year for possible enforcement actions such as fines. This year, it was nearly 400 by late May.

A4A also sent a letter to FAA Administrator Steve Dickson thanking him for his leadership "in sending a clear and consistent message regarding the recent uptick in unruly passenger behavior on U.S. airlines."

Despite the FAA's efforts, the A4A continues "to see onboard behavior deteriorating into heinous acts, including assaults, threats and intimidation of crewmembers that directly interfere with the performance of crewmember duties and jeopardize the safety and security of everyone onboard the aircraft," the letter reads, adding that "incidents continue and appear to be intensifying."

A4A is requesting that the FAA refers cases of violence to the DOJ so that the federal government can prosecute perpetrators and increase public awareness of the FAA's "zero tolerance" policy released in January and extended in March.

The policy directs the FAA's "safety inspectors and attorneys to take strong enforcement action against any passenger who disrupts or threatens the safety of a flight, with penalties ranging from fines to jail time."

"The number of cases we’re seeing is still far too high, and it tells us urgent action continues to be required," Dickson wrote in a March statement.

U.S. airlines have banned at least 3,000 passengers since May of last year, and that doesn’t include two of the largest, American and Southwest, which decline to provide figures.

The fear among flight attendants is that things will get worse this summer, as travel continues to increase and planes get more crowded. The airline industry passed a milestone earlier this month when the Transportation Security Administration announced that more than 2 million people streamed through U.S. airport security checkpoints for the first time since early March 2020.

Airline bookings have been picking up since around February, as more Americans were vaccinated against COVID-19. Falling infection rates could, however, make it much harder for flight attendants to enforce the federal mask-wearing rule, which isn’t due to expire until mid-September.

It’s not clear why there is so much air rage. Airline employees and outside experts offer explanations including cramped flights, political polarization over wearing face masks, and the way pandemic lockdowns affect people’s mental health.

Some security experts think lifting the mask requirement will remove a key source of tension — one with political overtones in a politically divided nation. But it could also raise the anxiety of people who worry about sharing space with strangers while we’re still in a pandemic.

"People on both sides of the issue are acting badly," Sara Nelson, president of the Association of Flight Attendants, told The Associated Press.