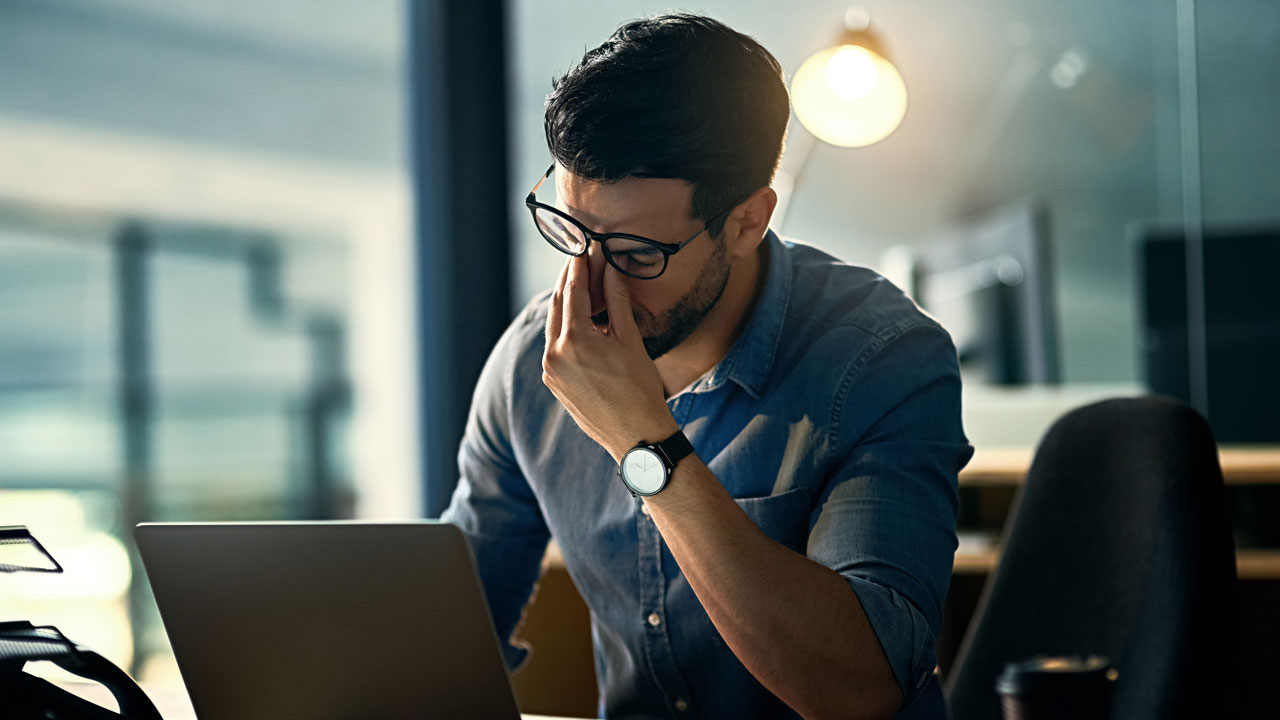 Optimal Capital director of strategy Frances Newton Stacy and Rosecliff founder and managing partner Mike Murphy discuss the idea of a work-at-home tax and possible upcoming lockdowns in the U.S.

If you’ve worked from home this year, and that home is in a different state from your office, think about your taxes immediately. Acting now could help avoid surprise bills, interest and penalties when filing state taxes next year.

This year the coronavirus pandemic turned millions of workers into telecommuters, and many haven’t yet returned to the office. People who have worked from a state that isn’t their usual one may need to file returns and pay taxes to more than one state for 2020.

2020 TAXES COULD BE HEADACHE FOR SOME REMOTE WORKERS

These requirements will come as a shock to many: More than 70% of Americans don’t know that telecommuting from another state can affect a worker’s state-tax bill, according to an October survey by The Harris Poll for the American Institute of CPAs.

“I’m very concerned about next year’s filing season. Lots of taxpayers will be stunned to find out how working remotely has complicated their state taxes,” says Jamie Yesnowitz, a state and local tax specialist in Grant Thornton’s national office.

The callenge is that each state’s tax system is a unique mix of rules. When someone owes income tax to more than one state, these systems often clash, and the taxpayer can wind up owing more tax, or the same, or (rarely) less. The outcome often depends on variables like tax rates, credits and agreements between the states.

This year some states have added even more complexity by issuing special tax rules for the pandemic. Fourteen states and the District of Columbia have announced they won’t tax people working there remotely because of Covid-19, according to data compiled by the AICPA.

That sounds generous, but some states offering this benefit—including Massachusetts, Maine, Georgia, and Pennsylvania—also intend to tax remote workers whose jobs are based in-state while they are working remotely out of state due to the pandemic, according to Eileen Sherr, a state-tax specialist with the AICPA.

In other words, if a Boston tech employee has been working from home in New Hampshire since March, Massachusetts still wants its income tax.

Massachusetts’s move has so incensed New Hampshire officials that in mid-October they asked the U.S. Supreme Court to block it. New Hampshire Gov. Chris Sununu said the Granite State has some 80,000 residents who normally work over the border in the Bay State, and with offices closed, many have been telecommuting from home. He says these workers shouldn’t owe Massachusetts’s 5% income tax if they aren’t there. (New Hampshire has no tax on earned income like wages.)

A Massachusetts spokeswoman said the state hasn’t submitted its response to the Court yet. If New Hampshire ultimately succeeds, the case could have ripple effects: New York has long taxed workers who are residents of New Jersey, Connecticut, and elsewhere on income from New York-based jobs, and several other states assert this right as well.

The upshot: multistate taxes are hellishly complex, and remote workers who don’t check them before year-end risk higher bills plus avoidable interest and penalties next year. Here are steps to take now.

Determine where you were in 2020. How many states did you work in? How many work days did you spend in each state? State taxes depend in part on whether you’re a resident, and that can depend on how many days you were in the state.

How will a state know you worked there? Employers will include information on W-2 forms and tax preparers will ask their clients, and neither will submit false information. DIY filers should remember that tax returns are signed under penalty of perjury.

Find out the rules for the states where you worked. What are the criteria for being a taxable resident of the state you were in? Are there special pandemic rules that make them different this year? Does the state you worked from have an agreement with the state where your office is located that prevents double taxation? These are common in states that share a border, such as Wisconsin and Illinois.

For information, check state-tax websites or this chart from the AICPA.

Also check taxes on nonresidents if you worked in a state but not long enough to be a resident there. Most states have these rules.

Next, find out the tax rates and rules in the states where you worked. If you’ll owe taxes to two states, are there credits to prevent or reduce double taxation?

Talk to your employer. State tax authorities can be aggressive, but they may desist if your employer has assigned you to an existing office in another state and then withheld taxes for that state.

Say that a New York-based employee of a national firm moved to his Florida beach home during the pandemic. If his firm reassigned him to its nearby Florida office and has adjusted his W-2 form to show this, the worker has a better chance of avoiding New York income taxes, says Mark Klein, chairman of the law firm Hodgson Russ, which specializes in multistate taxation.

Note: The workplace must be a “bona fide” company office, not just a room in an employee’s house.

“Domicile” also counts. State tax law often considers where the worker’s true home, known as domicile, is in addition to time spent in-state. Key factors include where someone votes, has club or religious affiliations, has a driver’s license, and plans to be buried.

Mr. Klein says aggressive, high-tax states like California and New York are likely to assert that high earners who left during the pandemic and later return owe 2020 tax because they didn’t change their domicile.

Adjust state withholding or estimated taxes. If you suspect you’ll owe more tax than you anticipated, consider upping your withholding or making larger estimated tax payments. Paying in too little during the year can trigger interest and penalties at filing time in 2021.

Get professional help. If lots of tax is at stake—say, if you’ve received a big bonus or sold a key investment while working remotely out-of-state this year—think seriously about getting professional help before year-end, while there’s time to make smart moves. It could save a bundle.