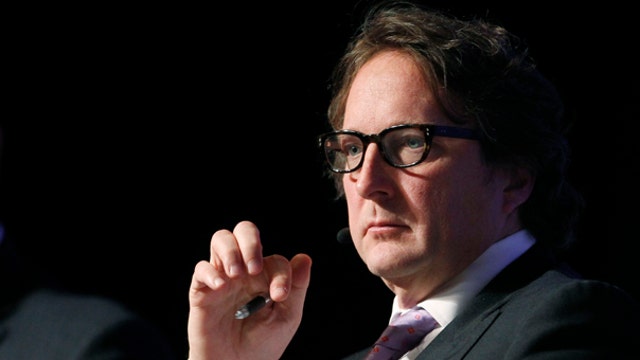 King & Spalding Partner Russell Ryan on the SEC’s settlement with Philip Falcone including an admission of wrongdoing.

Billionaire hedge fund boss Philip Falcone and his wife Lisa Falcone were hit with a federal lawsuit by a private chef who claimed they neglected to pay him in full and subjected the Filipino cook to workplace discrimination – including calling his black girlfriend a "chocolate-covered marshmallow," court papers show.

Lisa Falcone and her husband, the founder of Harbinger Capital Partners, reportedly hired Brian Villanueva in January 2019 and apparently agreed to pay him a $100,000 salary to shop for the Falcone's groceries and cook their meals.

Philip Falcone, who had an estimated net worth of $1 billion in 2014, according to Forbes, invested heavily in wireless network venture LightSquared before the company filed for bankruptcy in 2012. He agreed in 2013 to pay $18 million to settle a pair of lawsuits filed by the U.S. Securities and Exchange Commission.

But only months after Villanueva got the job, the Falcones, who shuttle between mansions in Manhattan and the Hamptons, reportedly began making racist jokes and comments, according to the lawsuit filed Wednesday in Manhattan federal court.

Reps for the Falcones did not immediately respond to FOX Business' request for comment.

Then, when the Falcones needed a second chef for a dinner party in the Hamptons, Villanueva recommended his girlfriend for the job. With her help (she was not named in the suit), the July 13 soiree went off without a hitch, according to the suit.

"Your girlfriend speaks very well," Lisa Falcone allegedly told Villanueva the next day, according to court papers. "She seems educated. I would describe her as a chocolate-covered marshmallow."

Falcone then proceeded to ask Villanueva if he used the N-word with his girlfriend at home and used the racial slur when posing the question to him.

"I'm Puerto Rican and grew up in Spanish Harlem so I can speak like that," she added.

When Villanueva asked Lisa Falcone about her statements regarding his girlfriend the next day, she clarified: "I meant she speaks really eloquently. Alicia [Keys] doesn't speak that way. She didn't have an education and was just discovered by Clive Davis when she was fifteen years old. Swizz [Beatz] definitely doesn't speak that way either," the lawsuit states.

Reps for Keys and Beatz did not immediately respond to FOX Business' request for comment.

Villanueva resigned that night, allegedly prompting Lisa Falcone to ask him not to quit and telling him to "talk to my black friends … they will tell you I'm not racist."

After a back-and-forth with the Falcones about the money owed, Philip Falcone apparently told Villanueva that "the only way [the Falcones] would pay him anything (including salary owed for work performed in July) was if both he and his girlfriend sign general release of claims, included confidentiality provisions," court papers show.

As of Wednesday, Villanueva had allegedly still not received the money he was owed.