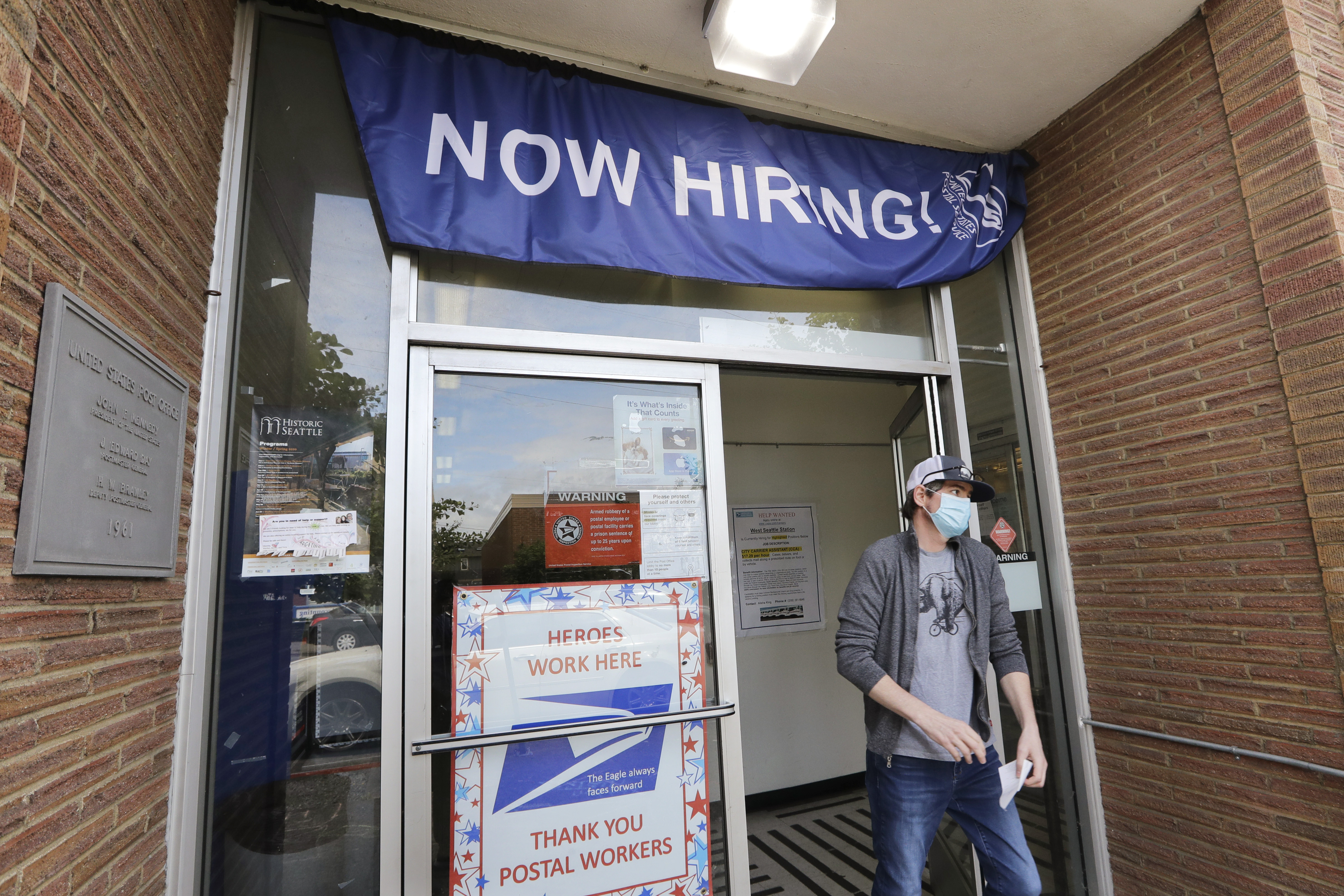 BALTIMORE — For an American workforce under continuing threat from the coronavirus, the best protection might just be a college degree.

Friday's jobs report for May delivered a major pleasant surprise, with lower unemployment and 2.5 million added jobs, instead of the darkening picture that had been widely expected.

UNEMPLOYMENT RATE DROPS TO 13.3% IN MAY

Yet the damage inflicted on the job market since February has highlighted a widening line of inequality based on education. In a nation in which a majority of workers lack a degree, college graduates are far more likely to be inoculated from the pain.

The roughly 20 million jobs lost in the aftermath of the coronavirus are amplifying the economic inequalities between college graduates and other workers that have been evident for years, said Anthony Carnevale, director of the Georgetown University Center on Education and the Workforce, who has long studied the topic.

“It’s laying bare the class and racial differences in America,” Carnevale said. “It’s very plain to see because it all shows up in the data.”

SOME JOBS LOST TO CORONAVIRUS ARE GONE FOR GOOD, DESPITE REOPENING

At a time when advanced education has become increasingly vital to household prosperity, nearly two-thirds of Americans lack a college degree.

About 90% of the jobs that were added during the first three years of the Trump presidency went to college graduates. Census Bureau figures show that the average college graduate's income is twice as high as high school-only workers.

And at a moment when the country is confronting the challenges of racism and police abuses, the preference for college degrees is widening the racial wealth gap: 78% of college graduates are white.

Workers with the least education are typically the first to be let go, Carnevale noted, and frequently the last to be rehired. College graduates who lose jobs are, on average, more likely than non-college grads to be hired at the start of a recovery.

A customer walks out of a U.S. Post Office branch and under a banner advertising a job opening, in Seattle on Thursday. (AP Photo/Elaine Thompson)

US JOB GROWTH ROARED BACK IN MAY: THESE INDUSTRIES SAW BIGGEST GAINS

The pattern is somewhat different this time. In the past, unemployed workers could typically return to school to acquire new hands-on skills or earn a degree. This opportunity often paved a way for high school graduates to return to the workforce.

Yet it's a path that the coronavirus has obstructed, with college campuses closed and classes shifting online, where hands-on training and education are more difficult. For the unemployed, it has left the benefits of a degree less certain just as so many are struggling financially and are less able to pay for further education.

"One of the safe havens is no longer available for a lot of people,” Carnevale said.

Those who already have degrees, by contrast, are generally faring better.

Josh Kampman, 32, lost his job in mid-March with a San Diego e-commerce company that laid off about one-third of its staff because of the pandemic. A graduate of the College of Charleston, Kampman was unemployed for only a couple of weeks before landing a position with a political data company that enables him to work from home.

The new position doesn’t pay as much. But it strikes Kampman as about as stable as can be expected during such a severe economic downturn.

“For the most part, I feel pretty secure,” he said. “But if you’d have asked me in February, I’d have said no way I’m getting laid off. I’m not back to that level. Maybe 75 percent as secure as I was before.”

For many workers without a college degree, the coronavirus has forced a painful choice: Unemployment or working a job that risks exposure to the disease because of frequent face-to-face contact with groups of customers.

Only 20% of high school-only graduates are working from home and can minimize outside contact, according to a Federal Reserve survey. By contrast, 63% of college graduates have been able to continue working their jobs safely at home.

The Census Bureau reported this week that 51% of high school graduates had lost work income because of the outbreak, compared with 39% of college graduates.

Still, some college graduates might also feel a squeeze soon. Since the pandemic struck, fewer postings require a college degree, said Julia Pollak, a labor economist for the jobs marketplace ZipRecruiter. The postings tend to be clustered at the low or high ends of the pay scale, a trend that could worsen economic inequality: Workers can either earn little money at, say, warehouses or command generous pay in tech or other jobs that require specialized knowledge.

“What we are likely to see is increased occupational polarization,” Pollak said. “We could see the hollowing out of the middle.”

That hollowing out would coincide with a time when many workers need greater financial security to handle the consequences of emergencies such as COVID-19. The pandemic has shown that lower-wage workers typically lack the savings to manage such a threat without government support.

Consider Asefash Mekonnen, who lost her job directing air passengers to their gates at Reagan National Airport on March 20.

Mekonnen, 45, who graduated from high school in Ethiopia, arrived in the United States in 1996. Her former job paid $24,000 annually, with no health care benefits but enough money for her to share a rented room in Alexandria, Virginia, with a cousin and to send some cash home.

Mekonnen said her employer, Eulen America, a contractor for Delta Air Lines, has told her that dismissed employees must re-apply for their jobs. She worries about being penalized for pushing for unionization.

“Just a paycheck-to-paycheck life,” she said. “I have to save some money because the (pandemic) has shown how hard it is to live.”