New York City lawmakers voted on Thursday to shut down Rikers Island, one of the nation’s most infamous jails, and three other detention centers, as part of an $8 billion plan to open new facilities across the city in its place.

“You could take some of the facilities on Rikers, turn them into homeless facilities,” he told Maria Bartiromo on Friday. “You know, do things, do creative things with the capacity you have.”

Rikers Island has 10 different jails with the ability to hold to around 15,000 people, he said.

Homelessness in New York City has recently risen to the highest levels since the Great Depression, according to the Coalition for the Homeless. The number of homeless people sleeping in shelters is 67% higher compared to 10 years ago. In June 2019, more than 60,000 homeless, people including roughly 14,000 homeless families were displaced.

Homelessness is not only a problem for New York, but it’s also become a national issue.

According to the Institute of Global Homelessness, an estimated 1.1 billion people live in insufficient housing and more than 100 million people don’t have places to live at all.

In California homelessness has reached a boiling point despite pouring billions into cleanup efforts. Los Angeles, San Diego, and San Francisco lead the nation in homelessness. 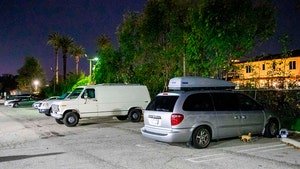 As housing costs rise, some people are choosing to live on the road instead

More people are living out of their cars as the cost of living continues to rise in the West Coast.

In San Francisco, human waste and trash can be seen scattered along the city streets.