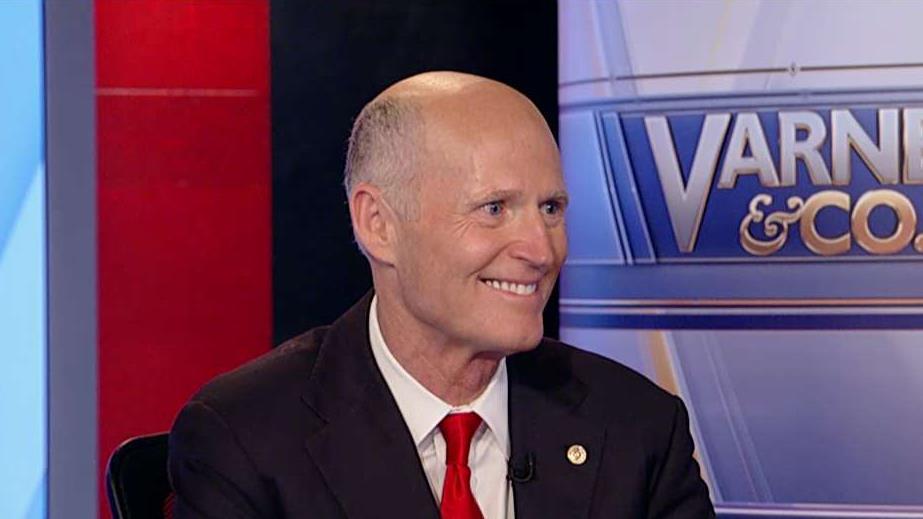 Despite having just about the same number of residents, New York spends about double the amount – with a government that is about twice the size – when compared with Florida.

While New York and Florida have similar population levels – 20 million and 21 million – the state and local governments of New York spent $348 billion in 2017 compared to $177 billion in Florida, according to a new study from the Cato Institute.

After analyzing 2017 data, the researcher found that New York spent $69 billion on K-12 schools, compared with $28 billion in Florida. Each state has about the same number of kids enrolled.

When it comes to public welfare, New York outspent Florida by $71 billion to $28 billion.

Meanwhile, New York has been suffering an exodus of residents to places like Florida over its high tax burdens – which are likely necessitated by its spending levels.

“New York politicians have been complaining that high-earning residents are leaving for low-tax states such as Florida, which has no income tax or estate tax,” the study’s author Chris Edwards, director of tax policy studies at Cato and editor of www.DownsizingGovernment.org, told FOX Business. “But New York politicians have only themselves to blame because government in the Empire State is so costly and bloated.”

Another problem in New York, Edwards told FOX Business, is that a highly unionized workforce (67 percent of workers) adds to costs.

According to the report, there are some areas where the states' governments spend similar amounts, including on transportation, police, fire and parks.

New York’s tax burdens on residents are high when compared with Florida’s. While income tax rates in New York range from 4 percent to 8.82 percent, for example, Florida does not levy a statewide income tax. Florida also has no estate tax, while New York’s rates range from 3.06 percent to 16 percent (with an exclusion amount of $5.74 million).

Individuals earning $650,000 can save more than $69,700 in taxes per year by moving from New York to the Sunshine State.

“High taxes are creating a chronic damaging drain on New York’s economy as tens of thousands of residents on net leave for other states every year,” Edwards said. “[President] Donald Trump and many other high earners are fed up with New York’s high taxes and lousy services and are moving to Florida and other better-run states.”

As previously reported by FOX Business, New York had the third-highest percentage of outbound moves last year – trailing New Jersey and Illinois. Recent U.S. Census Bureau data also showed that – in 2018 – about 63,000 New Yorkers fled the state for Florida. New York’s outflows to the Sunshine State were by far the largest of any other U.S. state.

New York Gov. Andrew Cuomo has credited the $10,000 cap on state and local tax deductions, and the flight of the wealthy, for a $2.3 billion budget deficit in the state.